One thing I learned as a former financial journalist is that the biggest, most important stories are often the kind no one pays attention to at first.

That “attention gap” is what allows obscure companies and technologies to seemingly come from nowhere, overturn conventional thinking and make fortunes for founders and investors.

But it’s happening in China, not the U.S. — which is why this massive disruptive trend is able to escape most investors’ attention.

Late last year, the city of Shenzhen (population 12 million) rolled out a battery-powered fleet of 16,000 electric buses. They’re replacing the diesel models that were the mainstay of city transportation since the days of Chairman Mao.

Within the next few years, nearly a dozen of China’s largest cities plan to follow suit.

Some predict the transition could be an existential threat to oil by removing nearly 300,000 barrels’ worth of diesel consumption each day from Chinese demand.

But the country’s grand experiment with electric vehicles (EVs) shows the limitations of battery-powered heavy vehicles.

And in China’s northern realm, the extreme cold proved too much as well.

But as I’ve noted before, China has a plan to address those drawbacks — with fuel cells.

A quick primer: Fuel cells convert hydrogen and oxygen into electricity. But unlike a battery, they can be recharged in a few minutes’ time.

The weight is less, too. A battery on a Chinese-made BYD K9 bus weighs more than 3,000 pounds all by itself. An equivalent fuel cell system weighs roughly 200 pounds.

The country’s former science and technology minister, Wan Gang, was hailed as the country’s “father of electric vehicles.” He promoted EVs as a priority for the country’s economy — and recently called for China to go all-in on fuel cells.

As he wrote in the state-run People’s Daily late last year (and reported by Bloomberg), battery-powered EVs have a short driving range and long charging time. That means they can’t meet the needs of long-distance buses, taxis, urban logistics or long-haul transport.

The Coming Payoff in Fuel Cells

Thing is, fuel cells are already starting to creep into the global transportation system.

Amazon and Walmart both run hundreds of forklifts powered by fuel cells in their warehouses.

San Francisco and Scotland are using fuel cells for passenger ferries set to go into operation in 2020.

And then there’s Toyota, the world’s largest auto company.

The company that built the best-selling hybrid Prius is no fan of battery-only transportation. It’s ramping up production to produce 20,000 fuel cell EVs by next year.

4 Ways to Use MACD Momentum Indicator During Market Weakness 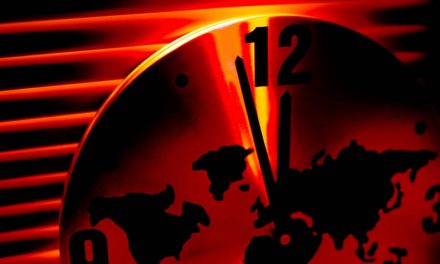 Yield Curve Inversion Proves A Recession is Coming in 2020