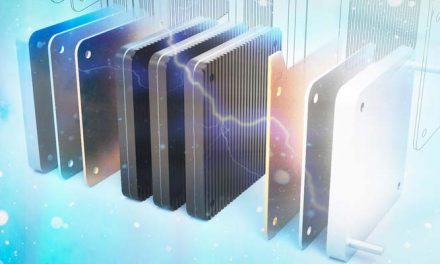 In his mind, the long-running question — what’s the better power source for an electric vehicle, batteries or fuel cells? — was long-settled.

“That will become apparent in the next few years,” said Musk to a crowd of reporters. “There’s no reason for us to have this debate. … It will become super obvious as time goes by.”

Four years later, there’s only one thing that’s super obvious to me…

A New World for Transportation

Fuel cells, which produce electricity, are where investors need to focus these days for electrified transportation.

It’s not just me who’s saying it. So are…

(Source: the U.S. Department of Energy)

And then there’s China, with more than 1 million electric vehicles on the road.

The nation’s former science and technology minister — hailed as its “father of electric vehicles” — recently had a change of heart and called for China to go all-in on fuel cells.

Why? As he wrote in the state-run People’s Daily last month (and reported by Bloomberg) — battery-powered electric vehicles can’t meet the needs of long-distance buses, taxis, urban logistics or long-haul transport due to their short driving range and long charging time.

The charging time for a battery-powered electric vehicle is somewhere between a half hour to 10 hours (depending on the charger’s voltage and if the battery is empty or not).

The charging time for a fuel cell — car, truck, forklift, you name it — is five minutes.

And then there’s the weight issue. In a Nissan Leaf, the battery is 650 pounds. A Tesla Model 3 carries 1,200 pounds’ worth of batteries.

The weight of a fuel cell (in one of Toyota’s new Mirai sedans, for example): 200 pounds.

I could go on. The point is, we’re not talking about an “either/or” future here. There’s room enough for fuel cells and batteries in the transportation world we’re heading into.

How to Invest in Fuel Cells

How would an investor profit from this trend?

There are a handful of fuel-cell companies. Some have been publicly traded for years as they’ve labored to commercialize this technology.

Even though we’re on the cusp of a fuel-cell revolution, my advice is to avoid them.

They’ll be buyout candidates at some point. But most are undercapitalized, unprofitable and seem to stay in business by selling more and more stock, diluting existing shareholders’ ownership in the process.

But there are ways to invest without taking such big risks. I have one such stock in the Total Wealth Insider portfolio that’s already off to a good start. And I plan to add more in time.

The way I see it, it’s like the early days of the prior century. On the streets of New York in 1905, you could find vehicles powered by horse, steam, gasoline and, yes, batteries.

In the next few decades, those were all discarded, save for one.

My bet — Elon Musk’s “incredibly dumb” comments notwithstanding — is that fuel cells will be the winner when we look back 20 years from now.