Government ‘Help’ Could Cost You Big in Retirement

President Ronald Reagan faced potential assassins. He negotiated with world leaders when mistakes could mean war. His life was filled with terrifying moments.

But there was one thing he admitted was scary. Reagan liked to say: “I’ve always felt the nine most terrifying words in the English language are: ‘I’m from the government, and I’m here to help.’”

Now, the government decided to help investors lower the costs of investing. The Department of Labor did this with the fiduciary rule. That rule is partially in effect, but the full impact is delayed. It’s safe to say Wall Street can’t wait for the rule to fully take effect.

A Gift for Wall Street

The rule requires financial advisers and brokers working with retirement accounts to place clients’ interests ahead of their own. Sounds good in theory. It means advisers will stop charging commissions. Instead, they’ll collect a small percentage of your assets every year.

For example, instead of paying $35 to enter a position, investors will pay 1.75% of the value of the investment every year. This will dramatically raise costs for long-term investors.

In public, the brokerage industry has fought against the rule. But in recent earnings announcements, CEOs are admitting that the new fee-based accounts are boosting profits.

Small investors are hurt the most. The Financial Services Roundtable surveyed 600 financial professionals about the rule. Half said the rule prevents them from serving their clients’ best interests. 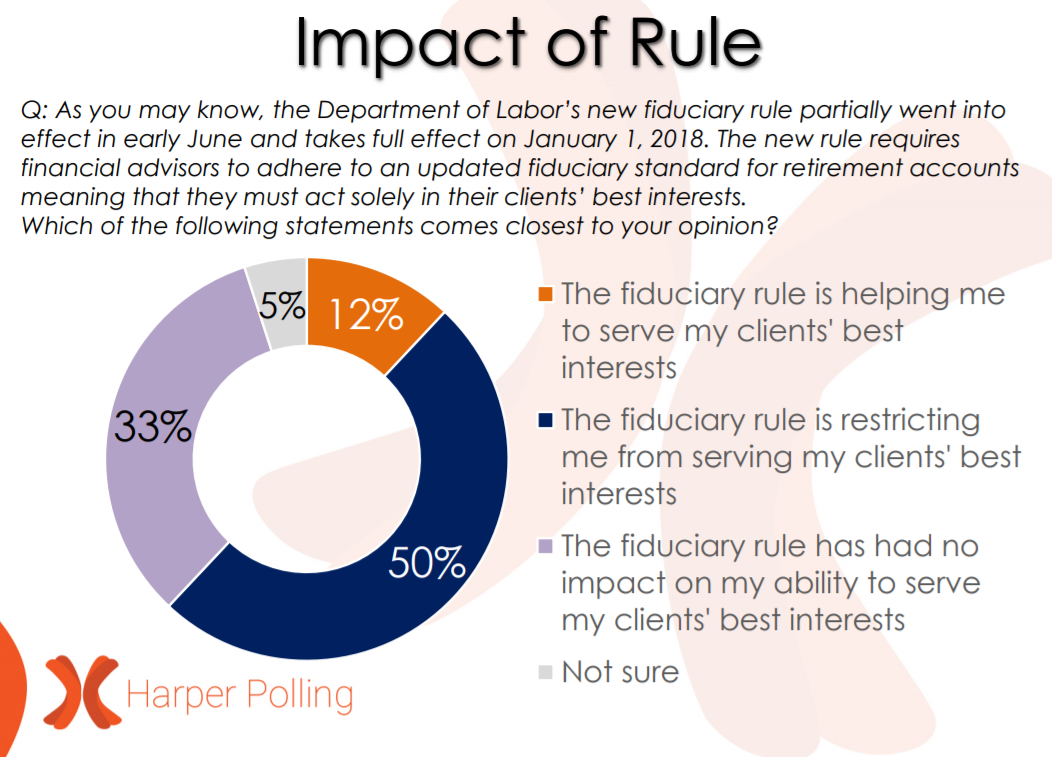 Three-quarters of advisers said they’ll serve fewer clients with $25,000 or less in assets due to increased costs and legal risks. Eighty-three percent said the rule will require their clients to sign more paperwork or fill out more complicated paperwork.

One adviser summed up the government’s rule in damaging terms: “The end result of this is less choice of investments and moving more assets to fee-based accounts, which will increase the costs to clients.”

Wall Street is known for its greed. But in this case, it is asking the government to stop forcing it to make so much money. That demonstrates how bad this rule is, and how terrified investors should be when they hear: “I’m from the government, and I’m here to help.”

Someone Else’s Health Care Could Ruin Your Retirement

It’s Not Too Late to Plan Your Retirement