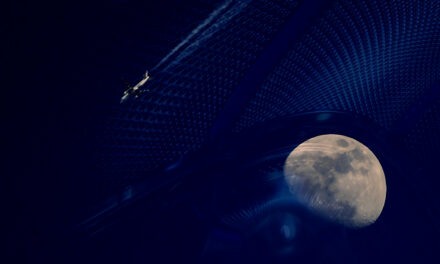 After 2020’s wild ride, investors are asking: What’s the next big thing?

Those all skyrocketed recently. So, what’s next?

Asset manager ARK Invest may have just found the answer…

The company has nailed it in recent years — we’ve even shown you some of its research. It focuses on innovative growth-focused exchange-traded funds (ETFs) that benefit from the rise in tech.

And last Wednesday, it revealed its next big sector focus — space exploration.

The only two publicly traded space-related stocks surged nearly 20% on the news.

ARK Invest hasn’t even said what stocks it is adding to its fund yet. But excited investors ate up the announcement.

Today, I’ll give you one trade to get ahead of the space race. But first, let’s look at the opportunity it presents.

Hypersonic Travel: A Booming Industry Within the Space Race

One of the only pure space opportunities that is publicly traded — meaning you can buy shares today — is Virgin Galactic (NYSE: SPCE).

Richard Branson, the billionaire founder of the company, wants to operate a tourism business to the edge of space. Customers would climb to zero gravity, experience the weightlessness, see the curvature of the Earth and come back to Earth in just a few hours. 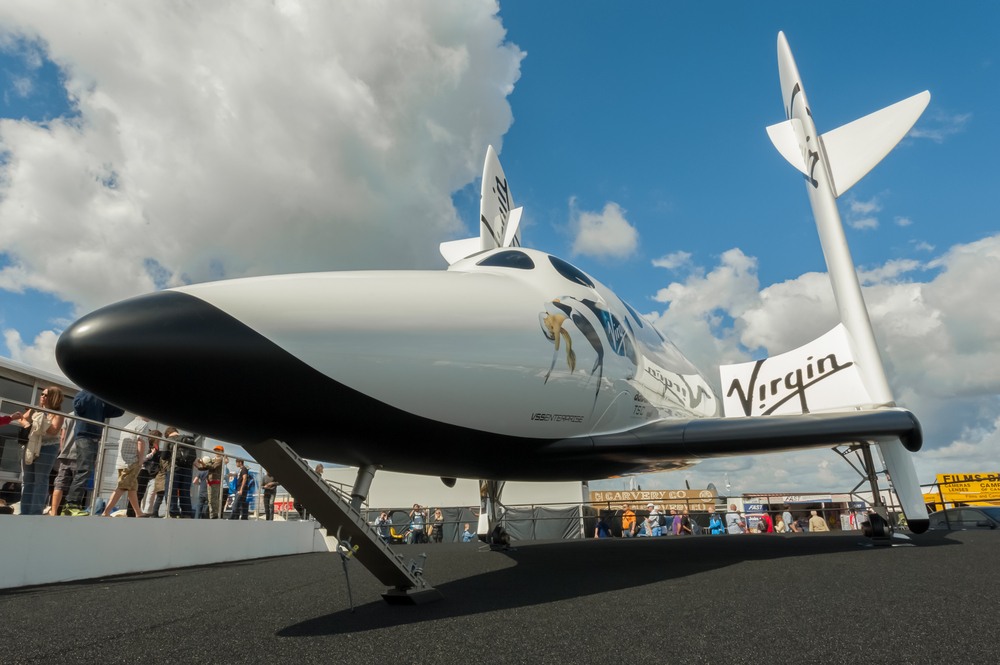 An amazing experience like that could be one of the top tourism attractions in the world.

It’s sure to be added to ARK Invest’s upcoming space exploration ETF, ARKX.

The space industry is set to nearly triple within the next decade, making it one of the hottest sectors you’ll find in the market.

And the few public companies here are set to benefit from more investments and more excitement around the industry.

But one of the biggest opportunities for Virgin Galactic doesn’t have anything to do with Mars, the moon or resources from outer space.

The technology it takes to bring people to the edge of space and come back to Earth safely opens up an entirely new industry of hypersonic travel around the edge of the Earth.

You would be able to get anywhere on Earth in just two to three hours’ time.

This is a total disruption to the airline industry that gives Virgin Galactic a jump on the technology and unlocks the potential of hypersonic travel.

It’s worth pointing out that Richard Branson, the founder, also owns Virgin Airlines, which would lead to a seamless transition from space tourism to hypersonic travel.

That means Virgin Galactic will be in a prime position to jump through regulatory hurdles and other challenges that newcomers would have to face.

This will give the company a huge chunk of the space tourism industry, which is expected to jump more than 50% in the next seven years to a global market of more than $1.5 billion.

The space race is just getting started.

Private companies like Blue Origin and SpaceX are going even further than Virgin Galactic and aiming for Mars and the moon.

But we are pushing forward with a new type of travel, whether it’s hypersonic around Earth, or tours to the moon and Mars.

Change is coming, and these space stocks are leading the way.

One simple way to get exposure today is with a space ETF that is already available — Procure Space ETF (Nasdaq: UFO).

It holds just 31 companies — including Virgin Galactic and Maxar Technologies (NYSE: MAXR), the two stocks that went soaring on the news last week.

These are going to be in ARK’s ETF. You can be ahead of it by jumping into UFO today.

There are going to be countless ways to play this.

Owning this ETF is just the start.

P.S. There’s a way to profit even more from the space race … I’ve been a fan of Virgin Galactic since it went public in 2019. We are early in the space boom, so I decided to add exposure using a unique options strategy that has added consistent income to our portfolio: selling put options.

If you want to learn about all the ways you can use options to benefit from major trends like this, then you need to join my Weekly Options Corner. It’s a free newsletter that will help you master options, one email at a time.