You Have 2 Huge Advantages Over Wall Street — Start Using Them! 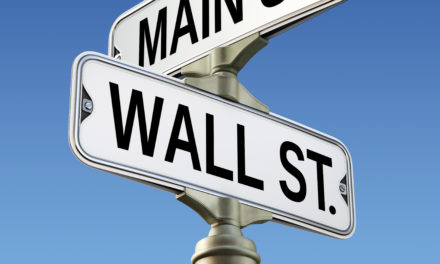 Editor’s Note: Today, we’re sharing one of our favorite articles from 2020. Back in February, we showed you how everyday investors have an edge over Wall Street.

Now, people have been getting interested in the markets as they stay at home. And they’re learning that Wall Street stacks the game. But small investors like you have the upper hand — even if they don’t know it.

The client on the phone was in tears.

His voice trembled as he asked: “How the heck did this happen?”

He just couldn’t wrap his head around the fact that his investment was now worthless.

The client, a fund manager, had not only lost his partner’s money … but most likely his job as well.

But the trader on the other end of the phone had no time for compassion or explanations.

“C’mon, you’re a big boy. You should’ve known what you were investing in,” he sneered before slamming the phone down.

The trader immediately turned to his colleagues and said: “And that’s how you rip the face off a client.”

Laughing, they all headed toward the elevator for lunch.

If Wall Street can take professional traders to the cleaners, imagine what it says about you.

If you think this doesn’t happen on Wall Street, I’ve got a bridge I’d like to sell you.

You see, Wall Street makes its money by making you think investing is complicated. That’s why smart people hand it fistfuls of cash every year.

But as Warren Buffett once said: “Wall Street is the only place that people ride to in a Rolls Royce to get advice from those who take the subway.”

So, if you want to beat Wall Street, you’ve got to stop playing its games.

Your Edge Over Wall Street

As an everyday investor, you’ve been conned into thinking that you don’t stand a chance against the big money on Wall Street.

But that couldn’t be further from the truth.

In fact, you have two secret weapons in your arsenal that the institutional money doesn’t.

I’ll give you an example of one of these advantages.

In 2010, a tiny health care company based out of Allen, Texas, triggered my Alpha Filters.

On top of that, my research showed that Atrion’s revenue and earnings kept growing every year. And its balance sheet was clean.

But at the time, no one on Wall Street covered it.

Because billion-dollar funds can’t invest in tiny companies! There simply aren’t enough shares trading on the market at any given time.

So, these huge funds ignore the little guys until they get bigger. And that’s what gives us our edge.

We’re able to buy shares of these small companies when they’re trading at a bargain price.

Then, we just sit back and wait.

Once the business gets big enough, analysts start to cover it. That gets Wall Street’s attention, and the next thing you know, money starts to pour in.

Meanwhile, the price of our shares starts to rise.

When I recommended Atrion in 2010, it traded at about 14 times earnings. That means it would have taken 14 years’ worth of earnings to buy the entire company.

The business hasn’t changed. It’s still making medical devices in Allen, Texas. But sales are higher now than they were a decade ago.

And Wall Street is paying a premium to get a slice of the pie. In fact, Atrion’s stock has climbed 499% over the past 10 years.

That’s why using size to your advantage is so important when it comes to beating Wall Street.

But remember, that’s just one advantage that you have up your sleeve.

In today’s video, I’ll show you a second secret weapon that you didn’t even know you had.

So, grab a pen and paper, and get ready to take notes. The next eight minutes will change the way you think about investing forever…

Of course, if you don’t want to do the heavy lifting yourself, you can always join the thousands of readers who follow my investing research in Alpha Investor.

Every month, I show my readers how to find these companies at a bargain price.

Today, what I want to tell you is going to freak you out because most people don’t get it at first. But after I explain it to them a few times, they actually pick it up and say, “Holy smokes, I never knew this.”

I think you’re going to fall into that camp, and this is really important stuff in order for you to become a better investor.

There are two huge advantages the average investor has over hedge funds, money managers, institutions and pension plans, that these managers would give their firstborn to have in their corner instead of yours.

Advantage No. 1: Size does matter. 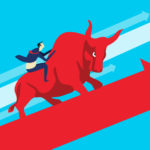 Sure does. Size is extremely important. And when I talk about size, I’m talking about market cap. Market cap is the size of the investment, the size of the stock — what the market thinks it’s worth.

So managers of billions of dollars have a very small pond to fish in.

The reason is that they need to find huge companies that have large market caps which are measured not in the hundreds of millions, but in the tens of billions of dollars.

Now, keep this in mind … Warren Buffett, the greatest investor of all time, said: “Size is an anchor to performance.”

In other words, when you have huge amounts of assets, your performance starts to suffer because you have to avoid the best misprices in the market, and those are usually in small caps or mid caps.

As a big money manager and someone with a lot of assets under management, you can’t touch them.

Second, even if you just put an order in, you’re going to move the price by the size of your order.

And third, a small cap or a mid cap won’t even move the needle on a big portfolio measured at $10 billion or $20 billion.

Several years ago, Buffett even said that if he had $1 million, or even $10 million, he would have no problem earning 50% a year.

That’s staggering. And he said it’s a huge structural advantage not to have a lot of money.

Wow. Can you imagine that? Buffett is so confident that he can make 50% a year on $1 million that he would guarantee it … and the reason is because size is an anchor to good performance.

Advantage No. 2: You have time. 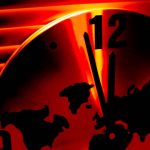 Now, let me share what I’m talking about with you…

Most money managers have to play the 13-week earnings game.

Every 13 weeks, a company comes out with its quarterly earnings.

Most hedge funds, analysts and big money managers try to guess where this is going to be, the earnings that are going to come out or the revenue.

They put big positions on, only to take them off when the expectations are hit or not hit, and the price goes all over the place.

They try to guess where earnings are going to be and they can’t take a long-term view.

First, they’re afraid to look stupid. If they look stupid and buy things that are so out of favor, their clients are going to leave them.

And the reason is that there are so many choices for the large investor to go after — the pension fund who wants to put their money with a money manager — that they play one against the other and they want to beat the S&P.

That’s why it’s so difficult to do so.

So you’re never going to go and buy stocks that are outside the S&P, that can give you great performance over the long term because — like I said — you look stupid and you underperform.

And if you underperform over long periods of time, you have to go find yourself another job.

What Are Your Greatest Strengths? 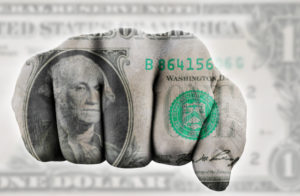 So as an individual investor, you have a huge advantage over Wall Street.

You don’t have a time horizon.

You can let events play out. Businesses don’t operate on a 13-week basis.

When a business puts something in place, it usually takes months to years for it to play out. And then when it does play out, you get huge returns.

You have independence. You don’t have a board or a committee to review your purchases or sales.

You have confidence in your decisions. You don’t have the fear of looking stupid. Who’s going to know? It’s in your account. If it’s out of favor for the time being, so what?

You don’t have to be like the lemmings falling off the cliff. You’re going to find underlying value in a company where the stock is totally not getting it, in places where these guys can’t look.

Hold Onto Your Stocks

If you freak out every time a stock that you own moves 10% or 20% due to a headline risk or reports bad earnings, you lose your advantage. Because then you’re going to sell.

That’s playing the short-term game that the hedge funds and the institutions have to play … but you don’t have to play it.

You see, the way to make money in the market is over the long term.

Now, let me just sum it up for you. You could go anywhere. You don’t have to limit yourself to any one category, any one industry or any market cap.

Two, stick to what you know and understand.

You don’t have to be investing in the flavor of the day. If you only understand fast food restaurants, only look at your universe of McDonald’s and Burger King and Wendy’s.

Know them and know them well.

You can make a better living owning and knowing something about a handful of stocks than knowing very little to nothing about 100 of them. 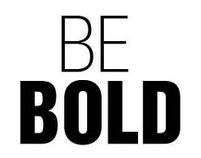 Next, when opportunity presents itself, be bold.

Don’t go in there and place a small order. Use all of your time and your research to plan your next attack. When you see a great company selling at a discounted price, bang it, buy those shares and hold onto them. Be bold.

You can’t make a huge five-bagger or six-bagger return by trading the ripples … but you can do it by catching the waves.

If you try to play these little 5% and 10% moves, you’re going to be wasting your time. Those are speculators, and the saying about speculators is: “Speculators who die rich die before their time.”

So to review, put the ball in your court. You have a huge advantage in your battle against the markets.

Don’t give up your edge of investing anywhere, investing in any market cap and having a short holding period. 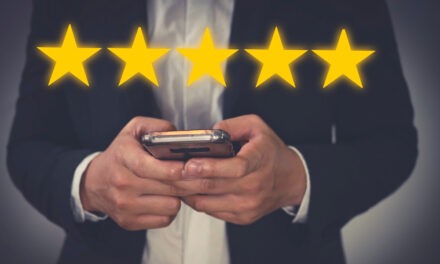 What We Learned From Our Qualcomm Trade