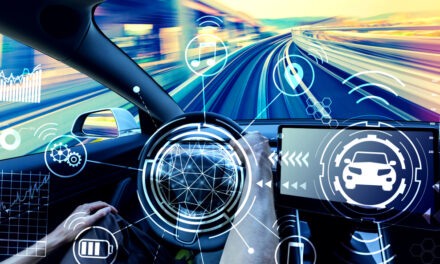 Everyone will remember their first time. I sure do.

A few years ago, I was cruising out to Palm Springs from downtown Los Angeles for a conference. The drive was a little under two hours with light traffic along Interstate 10.

As I pushed the Autopilot button on my rented Tesla Model 3, the steering wheel stiffened. I removed my foot from the pedal, and the car was now in control.

For the next couple hours, the Model 3 would navigate itself around winding roads, passing semitrucks and slowing down when there was traffic ahead.

It was a little nerve-wracking at first. I’m a terrible backseat driver who looks over my shoulder when my Uber driver is changing lanes.

I like to stay to the left of the lane when passing a big rig, whereas Tesla’s autopilot is preprogrammed to stay in the middle of the lane. At first, it was a little too close for comfort.

Not to mention the first winding curve, which at 70 mph was enough to get my heart pumping.

Even though Tesla required me to watch the road and lightly hold the steering wheel in case of hazardous conditions, I was not asked to take control once in a span of almost two hours.

After a 45-minute monotony of passively monitoring the road, my initial excitement dissipated to sheer boredom. Since I wasn’t doing much, I found myself feeling like I didn’t even need to watch the road.

I even considered taking my phone out to check some work emails, but then remembered the horror stories of crashes by distracted drivers.

That was the day I realized autonomous driving was going to be much bigger than investors were currently imagining. And it was arriving even faster than we thought…

Drivers are still required to watch the road even though the vehicle’s speed and steering is automated.

Partially automated driving, like Tesla’s Autopilot, will almost be a standard feature in the next few years. Just like you wouldn’t buy a car without air conditioning or power windows nowadays, soon you won’t buy one without partial automation.

By 2025, Bloomberg predicts approximately 90% of new vehicles sold in the U.S. will be Level 2 or above. 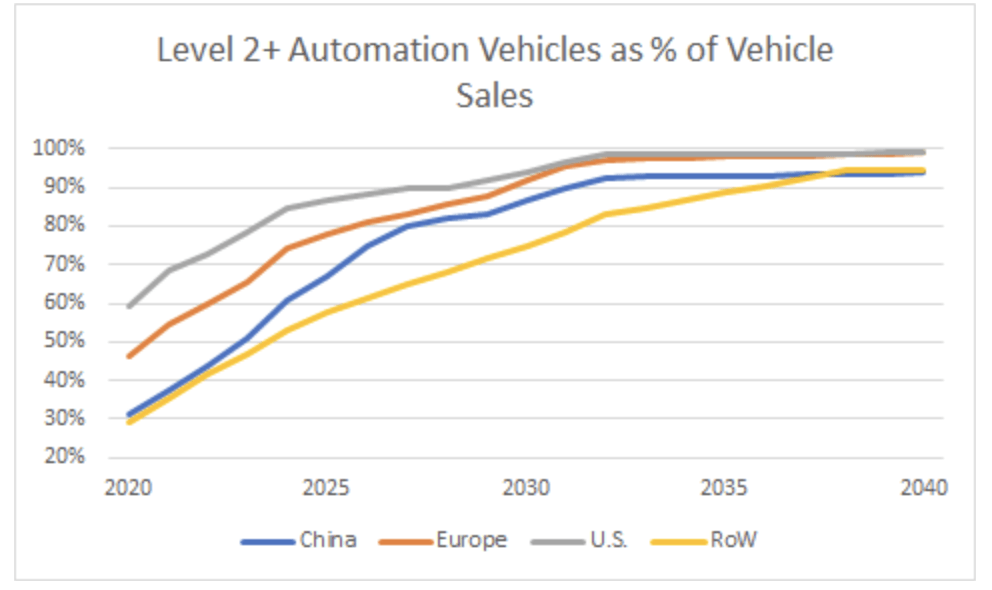 Of course, automakers won’t stop there.

Shortly thereafter, we’ll see a wave of autonomous vehicles hit the market. But thanks to Tesla CEO Elon Musk, it might come even sooner…

The Market for Self-Driving Technology Will Be Enormous

In the years since my first partially automated experience, Tesla has released a feature called Full Self-Driving (FSD).

The company charges an additional $10,000 for FSD. However, it recently admitted that this feature is still only Level 2.

That means the race is still wide open, as there are self-driving pilot programs on city streets from tech companies such as Google and Baidu and automakers such as BMW, Volvo and General Motors.

When the autonomous vehicle tipping point hits, it will happen faster than expected.

We are seeing this now. The electric vehicle wave started gradually, but now every automaker from Volkswagen to GM to Ford has new electric vehicles coming to market in the next year.

The cost of getting from point A to point B will drop dramatically with robotaxis, and we’ll all reconsider whether or not car ownership is worth the expense.

That’s why the market for self-driving technology will be enormous in the next 10 years.

By 2035, research firm Statista predicts that the on-demand transport of goods and people, also called the “mobility as a service” (MaaS) market, will be a $9.5 trillion industry.

It will impact everything from local transportation to supply chains, to even where we live.

It will be the biggest disruption to transportation since mass-produced automobiles raced off Ford’s assembly line a century ago.

Along the way, there will be opportunities to invest in the companies powering this massive market. 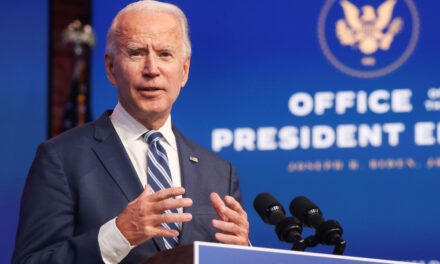 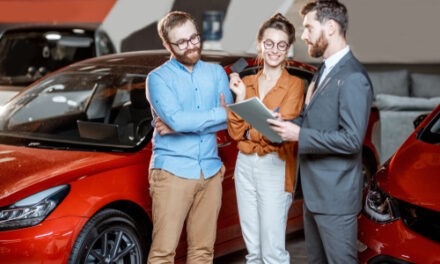 1 Stock for Electric Vehicle Profits in 2021