Kennedy Accounts: Are They the Real Deal or a Scam?

Truth: The internet is full of dubious offers that promise easy money with little to no work.

From Nigerian inheritance scams, binary-option trading systems and work-at-home, get-rich-quick schemes … there’s no shortage of spammy offers trying to rip you off.

This means when a bona-fide investment opportunity is uncovered, many dismiss it for fear of being scammed.

So when we started receiving a lot of questions about the “Kennedy Accounts” video, we dug our heels in to see if these are a scam, or the real deal.

After all, the video claims that you could use these Kennedy Accounts to purchase stocks at $5, $10 or even $25 below their current prices … and how some people have racked up gains as high as $10 million thanks to these accounts!

Well, the results are in from our research, and they will shock you…

But before we fully explain what Kennedy Accounts are, let us introduce you to the financial journalist who put the notorious video together talking about them.

His Name is Jeff Yastine 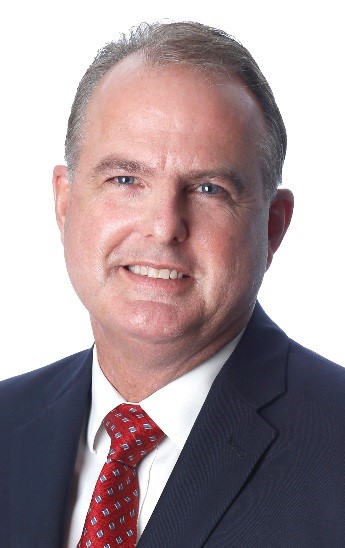 If that name sounds familiar, you may recognize him from his time at The Nightly Business Report, where he received an Emmy nomination for his investigative work.

As a financial journalist, Jeff built his entire career around speaking with the powerful, the influential and the informed to get to the bottom of things.

For instance, he’s had the chance to speak with Warren Buffett in multiple exclusive meetings, rubbed elbows with financial mastermind Steve Forbes and met with industry-leading CEOs such as Herb Kelleher of Southwest Airlines, as well as Michael Dell of Dell Computers.

Jeff’s popularity has increased after his Kennedy Accounts video was released and quickly went viral.

In the video, Jeff revealed how John F. Kennedy created these accounts with a specific goal: to get America moving again.

You see, when Kennedy was running for office, the American economy was struggling.

GDP was flat, unemployment was climbing and the stock market had dropped 13%.

Being the son of the first SEC chairman, Kennedy knew how important the stock market was, and if he wanted the economy to roar back to life, he would need to get Main Street Americans to start investing.

So in the early 1960s, work began on a program that would help “Get America Moving Again” by funneling billions of dollars into American companies . . . and benefit both the companies and Main Street investors.

The result is what Jeff calls Kennedy Accounts, and they have handed investors some incredible gains.

And an IRS agent named Denise Wilks took a modest $1,841 investment and saw it balloon into $10 million.

In fact, in the video Jeff revealed how using a “Kennedy Account” could turn a mere $500 investment into a staggering $1.19 million windfall.

Those are life-changing numbers, no doubt.

So bold, that a few people are asking if it is a scam.

After much research, our team concluded that these Kennedy Accounts are real, but Wall Street doesn’t want you to know about them.

Currently, there are 449 companies that allow direct stock purchases.

As I mentioned above, Wall Street goes out of its way to hide these accounts from you, and with good reason: it cuts them out of the picture.

You see, instead of investing through your broker, a middleman, and paying a fee … you can buy stocks directly through the company.

Obviously, saving a commission fee is a huge win for the investor, and a huge problem for Wall Street, who rely on generating hundreds of millions, perhaps billions of dollars per year in fees and commissions.

But cutting out the middleman and reducing fees isn’t the only benefit of Direct Stock Purchase Plans.

They also allow investors to buy stock directly from the company at a discount.

Companies sometimes slash up to 5% off the stock price.

It’s no wonder why immediately after the creation of these Kennedy Accounts that financial heavyweights on Wall Street spent up to $1.5 million a day lobbying Congress and the SEC to conceal the existence of these accounts.

They flat-out prohibited the companies that offered Direct Stock Purchase Plans from even advertising them to the general public.

So the Kennedy Accounts … or more commonly known as Direct Stock Purchase Plans … have quietly remained in existence, yet few investors have ever heard of these accounts because Wall Street likes to keep it hush hush.

With that said, turning a few bucks into hundreds of thousands of dollars will take several years to accomplish. And, like all investing, nothing is guaranteed. These Kennedy Accounts are no different.

So yes, Kennedy Accounts are legitimate.

It’s finding unique opportunities like Direct Stock Purchase Plans along with identifying profitable investments that has built Jeff a devoted group of over 50,000 followers.

We looked further into Total Wealth Insider and the results there are promising as well.

Here’s what a few of subscribers told Jeff Yastine about their results: