Home » Cryptocurrency » Ethereum Was First, but Its Dominance Won’t Last

Ethereum Was First, but Its Dominance Won’t Last 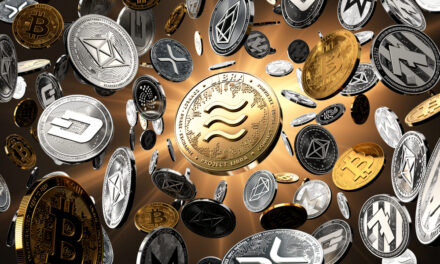 Twelve years ago, everyone on Wall Street carried a BlackBerry in their pocket.

This early smartphone had a 4-inch screen and a full QWERTY keyboard. It also had a rollerball mouse that allowed users to navigate email, read text messages and play an addictive game called Brick Breaker.

In 2009, BlackBerry had a 20% market share of the entire smartphone market. Today, it’s as relevant as Blockbuster Video.

My point here is that Apple didn’t invent the first smartphone. It made it better.

This isn’t the first time a company showed up late but came to dominate a new technology.

These companies succeed by taking existing technology and making it better. The most successful companies aren’t always the ones first to market.

I believe we’ll see the same blueprint in the cryptocurrency market. Just because a cryptocurrency is first to market doesn’t mean it’s the winner in the long run.

This year, we’re already seeing this battle play out in one of the biggest crypto sectors.

The Building Blocks of Web 3.0

Recently, El Salvador became the first country in the world to adopt bitcoin as legal tender.

This clears the way for 6.5 million Salvadorans and hundreds of thousands of businesses to pay taxes and other debts with bitcoin.

This is a big deal for El Salvador, which has spent the past 100 years dealing with one currency crisis after another.

But crypto’s biggest impact won’t be from its use as an alternative currency. Rather, it will reshape the entire internet with the arrival of Web 3.0.

This new paradigm will change the way we use digital services like network bandwidth, storage, digital identity and even finance.

And the building blocks of Web 3.0 start with Layer 1 blockchains like Ethereum, Cardano, Terra and Solana.

Here’s a chart that shows these Layer 1 chains over the past three months. 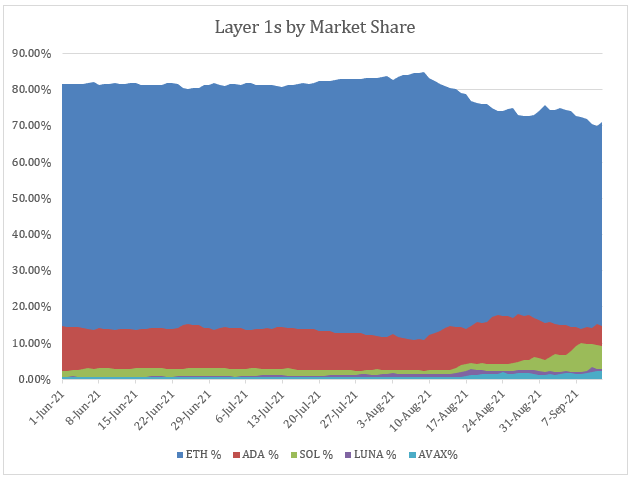 Ethereum was first to market, but now the competition is starting to catch up.

Investors are beginning to realize that the market for these cryptos is so large it will take more than one Layer 1 solution.

Think of Ethereum like Lego blocks — they come in standard shapes and sizes that are interchangeable. That’s Layer 1.

If Ethereum is Lego blocks, then Layer 2 would be the Lego Millennium Falcon set.

Cardano is another Layer 2. If Ethereum is Legos, Cardano is like Lincoln Logs. Every kid had them, but you could only build log cabins.

Solana is an Erector set. It can execute 50,000 transactions per second. That’s over 1,000 times faster than Ethereum in its current form.

You get the point: Legos are popular, but there are different building blocks for different projects.

While Ethereum has a solid head start, history has shown its dominance won’t last. 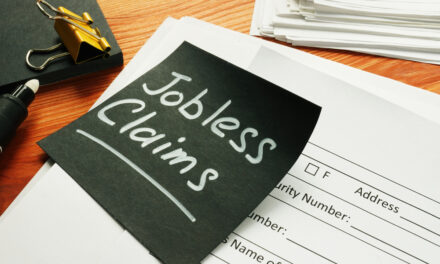 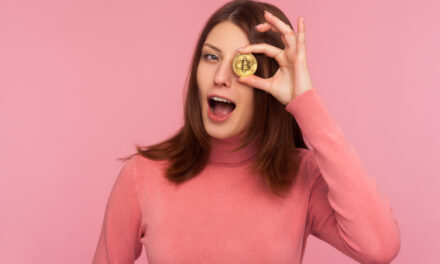 Crypto Profits Are for Everyone — Including You