Home » Economy » Global Economy » A Modest Proposal to Save the World 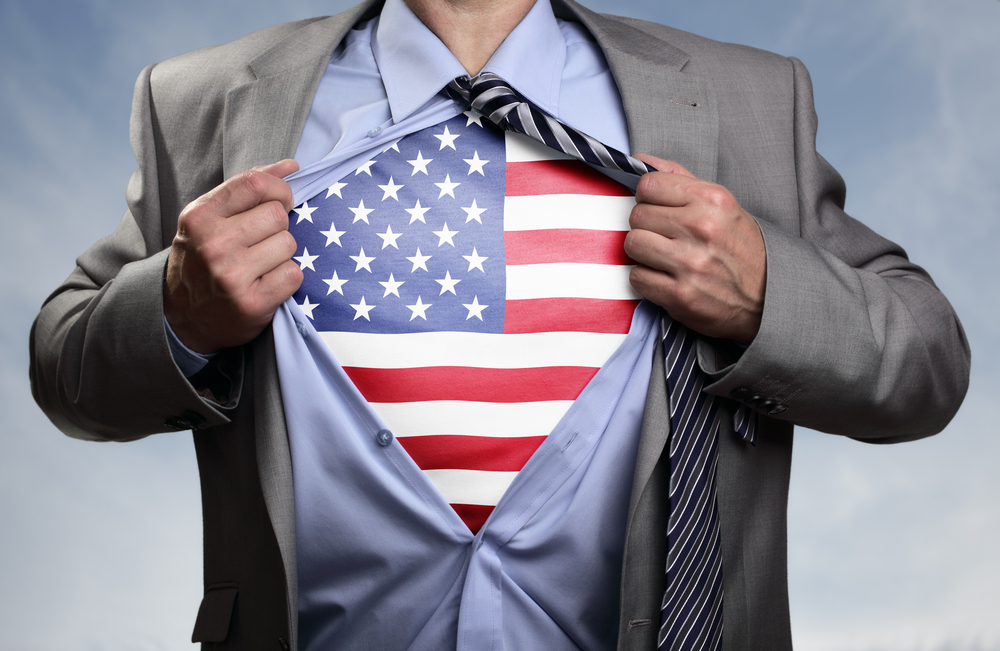 You can’t fix a problem until you can define it. So, let’s define the global problem today: the strength of the U.S. dollar.

Outside of the Japanese yen’s self-imposed march toward extinction and the euro’s peripheral debt troubles, the buck is behind most of the financial struggles the world grapples with today.

Fix the dollar and you fix the world … and with it the U.S.

And the solution to the dollar is simple: Scrap it. Toss it onto the dung heap of dead currencies and begin anew. A fresh start with new scrip. Prettier this time, too. No more of the drab green paper with portraits of dead white men and blah federal buildings and monuments.

Bring back the currency art of yesteryear like this $5 silver certificate from 1896:

Or this $1 silver certificate from the same year, arguably the most beautiful banknote in American history:

So much this would accomplish (aside from making American currency aesthetically competitive with the world again).

Finally Free of the Fed

First, we’d lose reserve-currency status. No country would ever want to hold as its primary store of reserves a currency that a government purposefully destroyed. A reserve currency is both a blessing and curse, and it’s the curse side of the equation that, after all these decades, has created so much global angst.

Kill the buck and with it reserve-currency status and … no longer would global trade care about the dollar except to the degree that some country is trading directly with America. Commodities would no longer carry a dollar-denominated price tag, which would mean a strong dollar would no longer drive down the price of every commodity on the planet at the same moment, as it has done.

Commodity prices would reflect local and regional demands more accurately and not be influenced by the words, deliberations and actions of a small clique of bureaucrats in the Eccles Building in Washington, D.C., who set interest-rate policy, ostensibly, for America, but who, in reality, impact the entire world with those words, deliberations and actions.

Commodity countries would benefit because their economies would be more stable, no longer dragged asunder or set to soaring simply because the U.S. dollar is sinking or rising.

In the most egregious example, it would mean that China’s economy — without question the most important rising economy in the world today — is no longer hamstrung by the dollar. As it is now, the yuan has risen with the buck, in turn weakening China’s pricing competitiveness globally.

Which, in turn, has slowed China’s much-watched manufacturing sector.

Which, in turn, has sharply reduced China’s demand for imported commodities.

Which, in turn, has helped weaken economies from Chile (copper) to Australia (iron ore) to Brazil (oil seeds and grain) to India (cotton).

Here at home, meanwhile, American businesses are stymied by the robust buck.

The stronger the dollar, the less American goods foreigners want to buy … which hits our manufacturing sector. The idiot savants among economists are saying “no biggie” — U.S. manufacturing is such a small part of the economy (about 12% of GDP) that manufacturing weakness is to be glossed over.

Wise analysis, that. Lose manufacturing in America and you’re left with an abundance of middle-class workers whose only other options are low-paid service-sector jobs … which is precisely what the internal workings of the U.S. jobs reports have been showing. America is adding lots of jobs (theoretically, since lots of not-actual jobs are also being cyclically adjusted into existence through governmental data massage). But the great preponderance are low-pay jobs … So, you know, not really winning on the jobs front.

Getting rid of the dollar would fix all of this.

Even without the current strong-dollar trend, the greenback has long — long ­— been an overvalued currency. That’s a function of the buck’s reserve-currency status, a status that affords America great privileges, one of which is to keep the dollar elevated above natural levels simply because the rest of the world maintains a steady demand for the dollar for trading between themselves. Remember: If Bulgaria wants to buy sugar from Brazil, that transaction happens in dollars, not Bulgarian lev or Brazilian real.

Kill the buck and you kill reserve-currency status. The new American currency would find its natural value relative to the country’s fiscal situation (horrific) and the fact that the U.S. economy — sans reserve currency — would naturally contract. Consumers would no longer benefit from interest rates kept artificially low by global dollar demand, so they would not be as blithely profligate as they are now — which would shrink the overly large consumer segment of our economy.

Basically, the new buck would find a much lower level than today because the U.S. economy would not be living in a continual sugar-induced high.

There will, of course, be pain. When a cancer is this systemic, the nuclear medicine that’s necessary can feel worse than the disease. But, then again, you don’t cure a potentially terminal condition with a St. Joseph kid’s aspirin. You man up, you take the high dosage of meds that will make you feel like death … and you emerge on the other side with a new lease on life, a new perspective on where you’ve been, what got you there, and how to never arrive at that same destination again.

So that means there’s an upside to killing the dollar and severing ties with our reserve-currency noose: U.S. manufacturing would blossom. The goods we make (and we are very good at making very good products in this country) would cost less globally, and our cost of labor would be less expensive relative to the world because our new currency will have fallen in value.

We’d see a renaissance in the Rust Belt as hosts of American companies brought back real manufacturing jobs, and as foreigners built factories on American soil to sell to what would still be one of the world’s most important (albeit more honest) consumer markets.

We would, in short, find a better balance in the world — a balance not artificially influenced by the dollar or the Federal Reserve’s actions that influence that dollar and, by extension, the world at large.

Protection From the U.S. Dollar

Of course, I am not naïve enough to think this is even remotely feasible. Good solutions are never sought in situations such as this. Too many entrenched interests have too much at stake in terms of money and power to ever give up the dollar and reserve-currency status (though, to be sure, reserve-currency status is ultimately fleeting, as history has proven in tossing every other reserve currency that has ever existed onto that dung heap of failed currencies I mentioned at the outset).

So we will be stuck with the status quo — for now. We will continue to suffer the slings of poor monetary policy and the deleterious ramifications on America and the world.

One day — and this I can guarantee with 100% assurance — the U.S. dollar will face a crisis of confidence. It will find its natural home at a valuation far — far — lower than today … a solid reason to own various denominations of gold coins and bullion. In every currency crisis in history, gold was part of the solution to fixing the problem — and it will be this time, too.

But, if nothing else, can we maybe get some new currency art? Seriously, dead white guys are so stale.

Until next time, stay Sovereign… 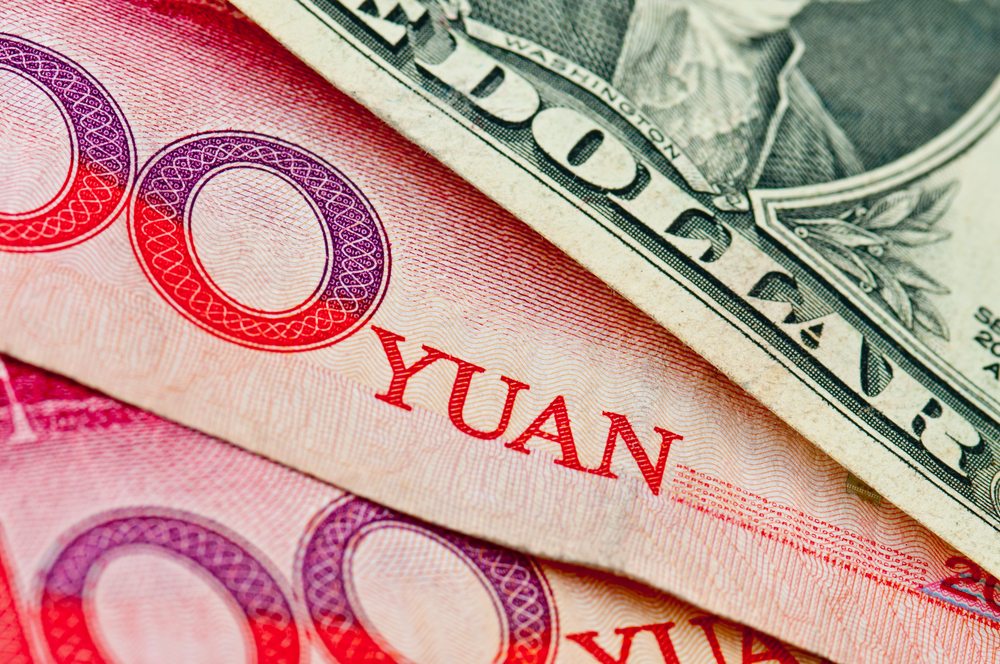 The Chinese Market: A Sleeping Dragon or The Misunderstood Giant

Jim Rogers on China and Gold