Earnings Recession Is Bullish for Stocks — Make Money From Sell-Offs 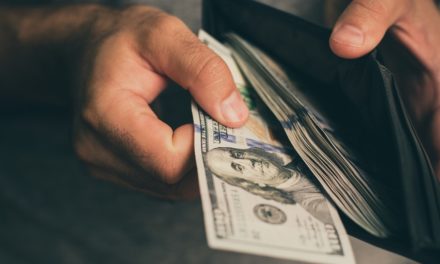 Talk of an economic recession has been picking up. But everyone seems to forget about the one we’re in right now: an earnings recession.

Let’s go over the difference between the two.

An earnings recession occurs when there are two straight quarters of corporate earnings declines.

On the other hand, an economic recession happens when there are two negative quarters of growth in the U.S. gross domestic product (GDP). GDP is simply the value of the U.S. economy.

I’ll explain why we haven’t reached an economic recession, and why we’re in an earnings recession.

But don’t get lost in the jargon.

The key takeaway is simple. An earnings recession without an economic recession is bullish for the stock market.

It has only happened four times since the ’80s. And each time stocks continued to climb higher in the months that followed.

But if you are worried about an economic recession, don’t be. I’ll explain how you can track it. And I’ll show you how we can profit in the current market environment.

Read on to learn how you can make money in an earnings recession.

Watch my video below to learn more about the earnings recession.

On July 16, I explained why you shouldn’t fear an earnings recession. I mentioned the key factor was the lack of an economic recession.

And as long as we don’t see a full-blown economic recession, an earnings recession isn’t an ominous sign.

There’s just one problem: Economic data are released on a delayed basis. Sometimes the data are months behind.

That means that by the time people like us get to see the numbers, say for the past three months, we could already be knee-deep in a recession.

But, there’s an app — and a website — for you to stay on top of the latest readings on GDP growth.

The app gives a current reading on how the economy is shaping up as the quarter progresses. You can find the initial estimate just one month into the quarter.

For the current third quarter, for example, the GDPNow initial estimate came at the end of July.

The Atlanta Fed then updates the estimate as new economic data is available and releases it to give people the closest indication of where GDP stands.

This is a vast improvement from the government’s GDP report. Its first estimate for the quarter doesn’t come out until one month after the quarter ends.

For this quarter, that won’t be until the end of October — three months after the GDPNow began posting its estimates.

That’s why I recommend using the GDPNow app. It’s best to follow the data that defines a recession: GDP. It will help you stay up to date with the latest recessionary worries.

Right now, GDP is sitting at a 2.3% growth estimate in the third quarter. It would have to be a negative growth rate and last for two straight quarters to indicate a recession.

In short, we are nowhere near a recession. We would have to see the fourth quarter and first quarter post negative growth.

That means we won’t be in a recession until at least March 2020 — seven months from today. And I think it will be even longer.

The headlines will continue to scream that a recession is imminent.

Investors who don’t know any better will get scared and sell their positions. But I’m telling you to ignore the noise, because investors like us know how to profit from it.

Stocks’ Sell-Off: Your Opportunity for Faster and Larger Gains

With the worries over a recession, we are seeing stocks sell off on the news. Even though a recession is — at the very least — seven months away.

Now, we are in a period where corporate earnings are in a recession. That is going to set up for stronger earnings surprises in the coming months as companies find growth. This will start next quarter.

And it’s going to be a phenomenal time to trade on earnings.

To be clear, I’m not saying we’ll bet on the initial reaction. It’s almost impossible to predict those moves.

But I track companies from the point they report earnings up to two months later to find better ways to profit.

And this upcoming quarter is going to be fantastic for that strategy.

There are going to be incredible opportunities to buy stocks in the coming months. You can buy the dip now, and you may get ahead of the push higher.

But for faster and larger gains, it’s best to follow a proven strategy. It will net quick 50% and even 100% gains by trading options.

I’ll be looking for short-term opportunities after companies start reporting earnings. This will allow us to benefit from their drift patterns.

In the meantime, you can trust the GDPNow estimate to see when we are nearing a recession.

Remember, there need to be two quarters of back-to-back negative growth to trigger an economic recession.

I’ll let you know when that happens. Stay tuned. 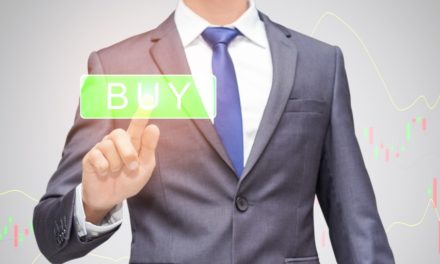