The terms “bull market” and “bear market” get thrown around too easily.

The normal definition for bear market is when the market is down 20% from its high point. But sometimes, that’s just a blip in the radar.

In the grand scheme of things, it’s noticeable, but it was just a dip in a 20-year rally where the market went up over 1,200%.

Across history, the market has two main modes: up and flat. The past five big cycles are pointed out in the chart below. 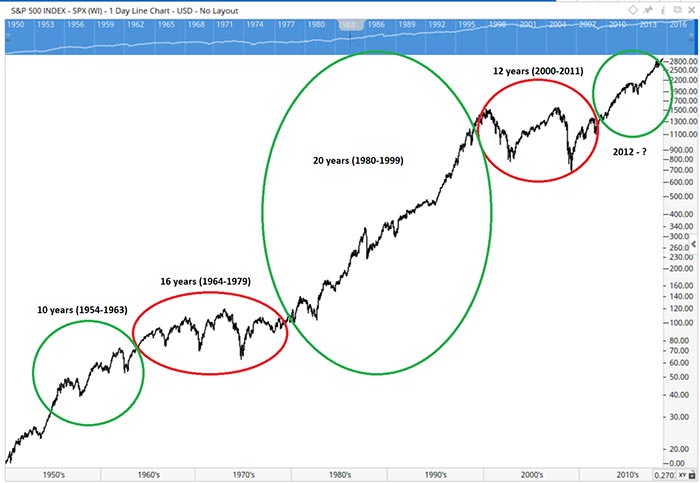 Of course, a lot of money was lost and made during these times. But, if you had ridden it out, you would have been even. And if you kept putting money in during the worst times, you’d have likely made a profit.

This Isn’t the End

Everywhere you look, someone is calling for the next crash. But this “up” phase didn’t even start until 2012.

People like to cite the “10-year bull market” cycle as a reason to get out of the market. But in my opinion, this current rally is still in the early stages.

Of course, that’s not saying a short-term “bear market” is out of the question.

This past February, we saw the market fall 10%, and it turned out to be a great buying opportunity. Now, we’re back at all-time highs. It’s year seven of this up-market, and if our economy keeps moving the way it is, I believe it could be another 10 or more years until the next flat one. 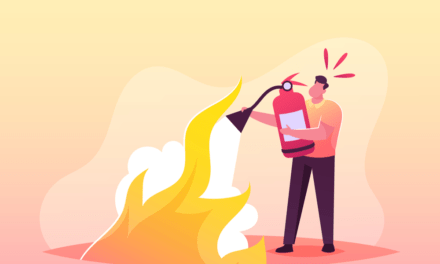