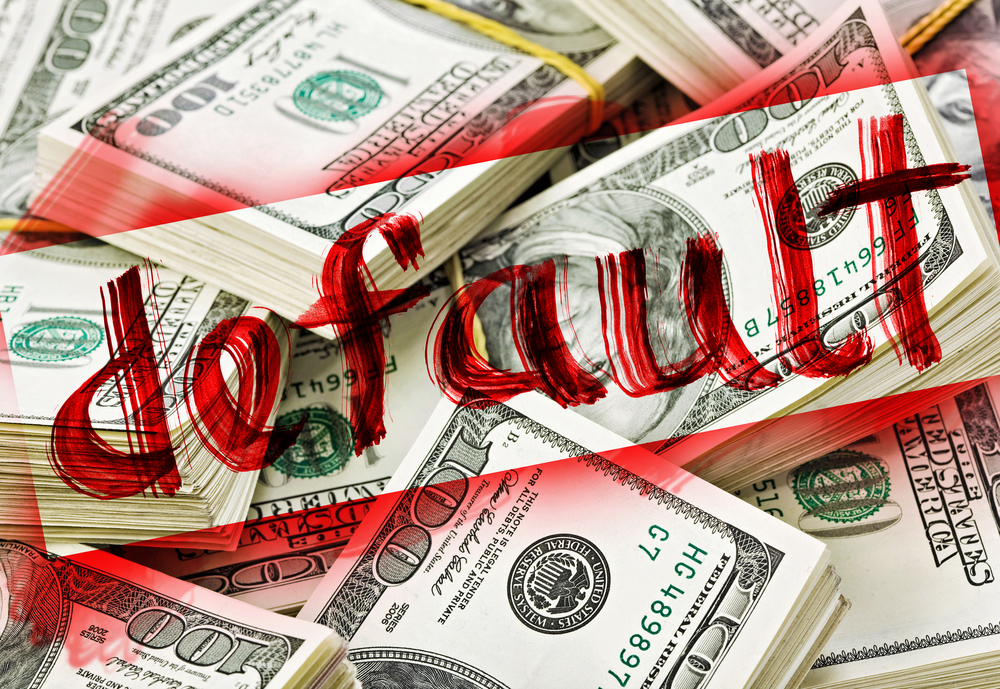 It’s also no secret that the majority of Americans also have a debt problem, totaling more than $12 trillion.

It should come as no surprise, then, that corporate America also has a rising debt problem as well. And, thanks to a recent report released by S&P Global Ratings, we now know just how severe the situation is for corporate America — $6.6 trillion in debt and only $1.8 trillion in cash for all 2,000 companies reviewed.

Debt can be a good thing in the right situation. But too much debt is a guaranteed disaster — and that’s exactly what America is facing right now.

Corporations are being greedy, leveraging their balance sheets to the hilt as a means of taking advantage of what they see as the last days of cheap debt. It’s this kind of irrational exuberance that precedes market crashes, and the current situation is no different.

In other words, we aren’t looking at the last days of cheap debt, but, rather, the final days of cheap portfolio protection. Let me explain…

The Fallacy of Cheap Debt

The S&P Global Ratings report revealed that corporate cash holdings rose to a record $1.84 trillion. While this is great, the report also showed that corporate debt rose to $6.6 trillion. So, essentially, corporations have 28 cents in cash for every dollar in debt, or a 28% debt-to-cash ratio — a level not seen since the 2008 financial crisis.

There are multiple issues plaguing the American economy, but the two most pressing for today’s topic are corporate America’s earnings recession and revenue meltdown. With earnings and revenue declining for more than a year, now is the worst time for corporations to be leveraging debt. And yet that’s exactly what’s going on.

If you strip out the top 1% of companies in the S&P Global Ratings report, the remaining companies actually reduced their cash holdings and increased debt substantially, leaving them with just 12 cents for every dollar of debt, or a 12% debt-to-cash ratio, which is a horrendous ratio. For a bit of perspective, the ratio wasn’t even this low during the 2008 financial crises.

Why the recent spike? Many corporations expect the Fed to stay true to its word and continue raising rates to a normalized level. In order to take advantage of what they believed to be a vanishing opportunity, corporations rushed to load up on cheap debt.

While I don’t believe it’s possible for the Fed to raise rates again anytime soon, the fallacy with this rush to cheap debt is that any hike in rates would result in a contraction in economic growth … which was already creeping along at a snail’s pace of 0.5% in the first quarter.

So, if we get the steady stream of rate hikes these corporations are expecting, it would erode profits, slow economic growth and lead to a substantial amount of defaults on debt — just another reason I see no way the Fed can raise rates to a normalized level in the near future.

That’s why cheap debt isn’t going away anytime soon. Cheap protection, however, could be on its way out as this corporate-debt situation implodes in a market crash.

My recommendation today, as it has been in the past, is to buy protection.
Specifically, buy the January 2017 $200-strike put option on the SPDR S&P 500 ETF (NYSE Arca: SPY). The SPY is an exchange-traded fund (ETF) that tracks performance on the S&P 500. This particular option will give you broad exposure to a market decline, which I believe we will see in the months to come.

Keep in mind: The time for you to cheaply snap up this portfolio protection is running out. The longer you wait, the more expensive these put options will get … and eventually it will be too late.

The Market’s Mirage of Higher Wages