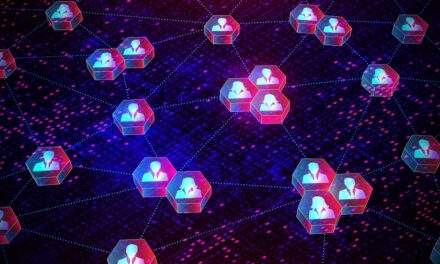 If you watched the Super Bowl Sunday night, you might have noticed one crypto ad after another.

There was a Coinbase ad that featured a floating QR code for 30 seconds.

Comedian Larry David starred in an ad for FTX.

There were also spots for exchanges Crypto.com and eToro.

But with all the buzz surrounding crypto, it’s estimated that only 8.3% of Americans actually own this new asset class.

Most skeptics are wondering: What’s it good for, anyways?

Let me explain a use case that’s set to pick up traction this year.

You’ll want to hear about this before the masses arrive.

The Most Important Part of Capitalism

Two centuries ago, if you had looked around your log cabin or wooden house, the things you owned would have been made by yourself or a local artisan.

The food in your pantry was straight from your farm. The local tailor stitched your jacket together. And the horse’s stirrups were made by a nearby blacksmith.

Look around your house today. There probably isn’t much that was made locally.  How much of this stuff is attributed to a corporation, either foreign or domestic?

The advent of the corporation in the late 18th century led to enormous leaps in human productivity since then.

This is for two simple reasons.

Because of this, we now have trillion-dollar companies like Apple, Microsoft and Tesla that push human productivity forward.

I would argue that the corporation is the most important part of capitalism.

But there’s a big disruption to the idea of a corporation headed our way.

Crypto allows for the creation of a new type of corporation — a digital one.

A DAO (pronounced “dow”) is short for decentralized autonomous organization.

It allows for the formation of an online community that can raise capital among its members.

Ownership in the DAO can be tracked through a native token. And those funds can be governed by computer code.

Think of DAOs like an LLC for the internet age.

There are DAOs dedicated to purchasing rare NFTs, such as CryptoPunks or Bored Apes.

Members can have a stake in these rare digital items for a small investment.

There are DAOs that invest in decentralized finance to earn higher yields.

There are also DAOs that purchase real-world items like real estate or aircrafts.

PleasrDAO even bought a rare Wu-Tang Clan album for $4 million.

A New Form of Online Governance

This is possible with new apps that use your digital wallet to verify access to a website or Discord server.

And some of these NFTs are more expensive than the ritziest golf club in Palm Beach, Florida.

There’s a lot of excitement around DAOs right now.

One of them recently raised $40 million and nearly purchased a copy of the U.S. Constitution!

Even though it failed, a new form of online governance was born.

And I predict that DAOs are a better, more efficient way to raise capital and keep track of ownership stakes over time and space.

But you won’t hear that on a 30-second commercial.

Tower Semiconductor Ltd. (Nasdaq: TSEM) is an Israeli chip manufacturer that is up 42% this morning. The stock jumped after Intel, the semiconductor giant, announced its plans to buy out the company for $5.4 billion.

Virgin Galactic Holdings Inc. (NYSE: SPCE) develops spaceflight for individuals and researchers. The stock is up 31% on the news that the company will open ticket sales and reservations for spaceflights to the general public on Wednesday, with the first 1,000 set to fly later this year.

Joby Aviation Inc. (NYSE: JOBY) builds electric vertical takeoff and landing (e-VTOL) passenger aircrafts optimized to deliver air transportation as a service. It is up 27% after the company formed a partnership with Japan’s largest airline company and Toyota to bring air-taxi services to Japan.

Sabre Corporation (Nasdaq: SABR) provides software and technology solutions for the travel industry. It is up 24% after the company reported better-than-expected revenues for Q4 and forecasted better business conditions in 2022 with the global recovery of the travel industry.

TAL Education Group (NYSE: TAL) provides K-12 after-school tutoring services in China. It is up 23% along with other Chinese stocks today after the China’s central bank injected more liquidity into the economy for the second month in a row to support the economic recovery.

ImmunityBio Inc. (Nasdaq: IBRX) develops cell and immune therapies to treat cancers and infectious diseases. The stock is up 20% on positive data from its late-stage bladder cancer trial for its intravesical BCG plus Anktiva treatments.

Bright Health Group Inc. (NYSE: BHG) engages in the delivery and financing of health insurance plans. It is up 18% as it recovers from its sharp drop Monday when the company announced the resignation of its CEO.

MoneyGram International Inc. (Nasdaq: MGI) provides cross-border peer-to-peer payments and money transfer services. The stock is up 19% after the company agreed to be acquired by private equity group, Madison Dearborn Partners for $1.8 billion in cash.

Brookdale Senior Living Inc. (NYSE: BKD) owns and operates senior living communities in the U.S. The stock is up 18% after the company beat Q4 earnings and bounced back from its poor results in Q3.

Yandex N.V. (Nasdaq: YNDX) is a multinational corporation primarily for Russian users, providing 70-plus internet-related products and services. It is up 16% despite missing earnings for Q4 because the company forecasted a surge in revenues in 2022.

The Super Bowl Indicator That Nobody Is Talking About 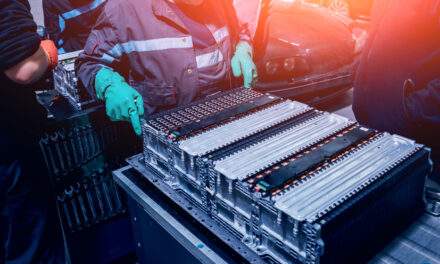 There’s No EV Boom Without This Key Material