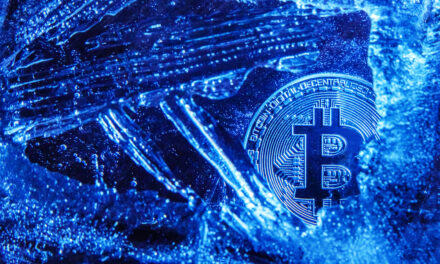 In late 2018, I gave a talk at the Fintech on the Block conference in San Francisco.

The cryptocurrency market was in the middle of a “crypto winter,” as I called it.

Prices of major cryptos like bitcoin (BTC) and Ethereum (ETH) were down over 80% from their highs.

The atmosphere in the room was dire. Most attendees weren’t sure if crypto even had a future.

Developers were canceling new token launches. And crypto conferences, which once drew thousands of investors, were now sparsely attended.

But when everyone zigs, you must zag.

Back then, the pessimism and fear set the table for one of the greatest investment opportunities in history.

In the three-year bull market that started a few months later, bitcoin increased 20X from its lows to highs, while Ethereum soared 40X.

Today, bitcoin is down about 70% from its November highs.

Ethereum has dropped 80% from its peak to its bottom.

Investors are again asking: How long will the crypto winter last?

But there are signs that the bottom is close…

No 2 Winters Are the Same

Growing up in New Jersey, no two winters were ever the same.

Some years we’d have unusually mild winters, with temps reaching the 60s around Christmas.

Other winters would involve shoveling endless amounts of snow and freezing temps. We’d play ice hockey on the local pond until spring.

The same goes with the “winters” experienced during bear markets — no two are the same.

Some are mild, while others feel like spring will never arrive.

Crypto’s 2018 bear market was a brutal winter. It felt like prices would never bottom.

Bitcoin peaked in December 2017 and bottomed a year later, dropping 84%.

Ethereum, which burst onto the scene fueled by the initial coin offering craze of 2017, dropped over 90%.

That bear market was even worse than dot-com’s 78% collapse two decades prior.

This Crypto Winter Is Different — Here’s Why

Today’s crypto winter started out with a blizzard.

Total market cap peaked in November at just under $3 trillion.

In the last eight months, it’s dropped to $900 billion.

Crypto Is Down 70% From Its November Highs

That leaves the entire crypto market cap around half the size of Microsoft’s.

But no two bear markets are ever the same.

Here’s why this time is different than 2018:

Remember, no two winters are ever the same. And the cryptos that lead the next rally will be different this time around…

Faraday Future Intelligent Electric Inc. (Nasdaq: FFIE) designs and develops electric vehicles. The stock jumped 67% as retail investors poured into the stock thinking it could be the next short-squeeze target.

Alpha Tau Medical Ltd. (Nasdaq: DRTS) develops and commercializes diffusing alpha-emitters radiation therapy for the treatment of solid cancers. The stock is up 33% on a bounce-back after dropping 16% on Friday on no specific news.

Cowen Inc. (Nasdaq: COWN) is a financial services company that provides investment banking, research, trading and investment management services. It climbed 24% today on reports that Toronto-Dominion Bank is considering an acquisition of the company.

Symbotic Inc. (Nasdaq: SYM) provides robotics and warehouse automation technology to improve efficiency for retailers and wholesalers. The stock rose 21% after analysts at Raymond James initiated coverage on the stock with an overweight rating.

Lytus Technologies Holdings PTV. Ltd. (Nasdaq: LYT) provides content streaming and telecasting services to users in India. The stock is up 14% on a rebound after being dragged to a new 52-week low last week.

BeiGene Ltd. (Nasdaq: BGNE) discovers and develops various medicines worldwide. It is up 14%, continuing its rally from late last week when it reported positive data from a late-stage study of its drug tislelizumab as a treatment for esophageal cancer.

Amylyx Pharmaceuticals Inc. (Nasdaq: AMLX) develops various therapeutics for amyotrophic lateral sclerosis (ALS) and other neurodegenerative diseases. It is up 13% after the FDA decided to reconsider the company’s ALS drug that it had previously rejected.

WuXi Biologics Inc. (OTC: WXXWY) is a Chinese life sciences company that is up 11% today. The stock jumped on reports that the company is now closer to getting off of the U.S. Commerce Department’s Unverified List.

Duck Creek Technologies Inc. (Nasdaq: DCT) provides software-as-a-service systems to the property and casualty insurance industry. It is up 11% on a rebound after dropping sharply last week when it lowered its revenue guidance for the year.

Beam Therapeutics Inc. (Nasdaq: BEAM) develops precision genetic medicines for patients suffering from serious diseases. There is no specific news on the company; rather, it is up 10% thanks to a broader rally in biotech stocks. 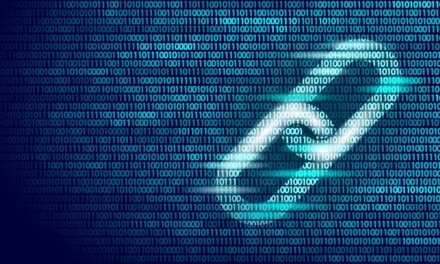 Trust the Blockchain to Keep Your Data Safe 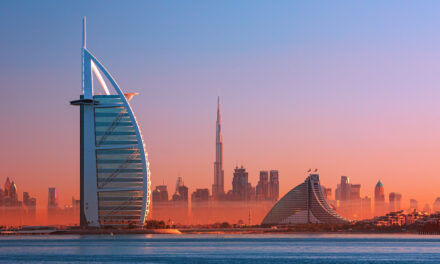