Today’s Take: In every industry, only a few companies dominate.

“From many come just a few.”

When an industry is born, it quickly becomes crowded with competitors. But after a short while, only the strongest survive.

Almost 3,000 auto companies have started — and failed — in this country. Even at the turn of the 20th century, there were still more than 1,000 auto manufacturers in the U.S.

Many of them were jumping into the business because they believed that Americans would buy any car that was put out. At the time, people were buying so many cars that industry experts were expecting sales of 6 million cars a year during the 1920s.

But none of that happened.

Hundreds of car manufacturers started falling by the wayside. Only the strongest ones survived. And then, there were just three at the top…

In the 1920s, Ford, General Motors and Chrysler dominated the industry. And for the next century, the so-called Big Three accounted for 70% of U.S. auto sales.

I’m sharing this example with you today because it offers investors a big opportunity.

If you can identify the two or three companies like this that’ll dominate the market, you can make a lot of money…

How to Become King of the Hill

This process of consolidation isn’t unique to the auto industry. Far from it.

People are always trying to strike it rich. So when an industry is in its infancy, everyone and their mother-in-law throws their hat into the ring to get a piece of the pie.

That’s how hundreds — and many times, thousands — of companies start out: competing for market share.

But as the industry matures, most of these new companies become defunct for various reasons. Bankruptcy, phaseouts, mergers … take your pick.

At the end of the day, only a few companies survive and thrive. And this holds true for almost every industry.

You can take a look at any market, and you’ll see that only a handful of companies have captured the majority of the share.

These are the companies that have attracted most of the capital. This allows them to grow bigger and faster than the competition. It’s how they eventually become king of the hill.

Which Industry Is Next?

The key is being able to find these leaders in the early innings of an industry’s growth.

For everyday investors, that’s not always obvious. But that’s why my team and I do the heavy lifting for you.

With nearly 40 years of investing experience on Wall Street, I know which industries to look for: growing ones with strong tailwinds pushing them higher.

Thanks to the pandemic, all kinds of existing technological trends have accelerated. Electric vehicles, artificial intelligence and 5G technology have seen huge improvements.

And AVs combine all of these technologies together — and benefit from all of their tailwinds.

Now, I’ve identified one of the leaders paving the way for new innovation in this space.

This company’s game-changing technology gives AVs the ability to properly “see” other cars and pedestrians — in both the light and dark.

It’s the kind of technology putting AVs on the tipping point of mass adoption. In fact, the AV industry should surge 63,000% over the next decade … adding $7 trillion to the global economy.

And as this business benefits, investors today have a chance to see huge gains over the next few years. That’s why I’ve put together a special report with all the details on this leading company.

It’s called The No. 1 Autonomous Vehicle Stock of the Decade. If you haven’t already, be sure to find out how you can gain access and a piece of the action right here. 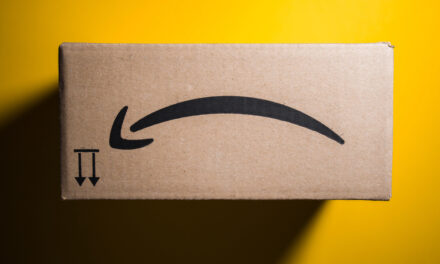 Amazon Falls, Robinhood Tanks: Is the Growth Stock Rally Over?