These stocks “are safer investments than they have ever been in our lifetimes.”

That’s a big claim! Big enough to make me sit back for a minute and think about the proof for such a claim.

Like you, I sort through numerous big claims by Wall Street analysts and market soothsayers, but this one is worth listening to. It’s coming from one of the best shareholder activist firms.

I have a short list of institutions whose positions — and ideas —  I follow. I trust this firm. It has earned just under 15% per year — after fees — since its founding in the year 2000.

What’s more, the group of stocks this firm is talking about is important to me.

Ever since I developed an interest in stocks, my dad instilled the importance of carefully including this market group in my portfolio. By carefully, he meant owning the right name(s). I have owned these stocks for years … and they have treated me well. Most of them have paid steady dividends and appreciated in price.

Today, an activist fund I admire is putting hundreds of millions of dollars into one of these names and that’s creating a great opportunity for investors… 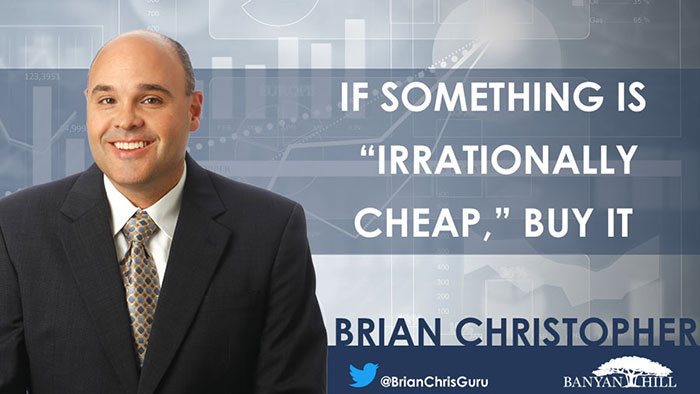 No stock climbs in a straight line. Even Microsoft faltered.

That may sound crazy to some of you. We think of Microsoft as the tech beast whose Windows operating system owned 90% market share as early as the 1990s — and made Bill Gates a billionaire many times over.

But from 2000 to 2012, Microsoft shareholders saw a 41% loss on their investment, even after dividends.

Sometimes things get too expensive. When that happens, it’s best to wait for the right entry point.

That’s what uber-patient activist firm ValueAct Capital did with Microsoft. It waited until what it deemed as the right time to begin buying shares. That was in 2013.

Since the start of that year, Microsoft’s total return is 377% — triple the strong return of the S&P 500.

But that’s not all. CEO Satya Nadella considers ValueAct president and former Microsoft board member Mason Morfit a trusted advisor.

That’s what ValueAct does. It is an activist firm, but it also seeks to partner with a company rather than wage a media campaign against it.

The process has been successful. In the first half of this year, ValueAct’s return is nearly 10 times that of the average hedge fund.

So, What Have You Done for Me Lately?

Today, ValueAct has set its sights on the finance industry, and one of its favorite ideas is the big banks.

According to the Fed, the 35 largest U.S. banks added $800 billion in equity to their balance sheets since 2009. The Fed’s stress tests suggest banks should now be able to withstand a worst-case downside scenario.

Or, in layman’s terms, these banks are in a good place financially.

In addition, many banks pay solid dividends and buy back their own shares.

Citigroup (NYSE: C) has increased its dividend more than 30 times — to $0.32 per quarter — since 2012. It has also bought back 17% of its shares. Shares traded for an average price of less than $55 during that stretch versus more than $70 today. That’s a decent use of capital.

ValueAct says shares of bank stocks are “irrationally cheap,” and it’s buying. And I believe that’s a good sign.

ValueAct quietly bought a stake in Citigroup at the end of last year. In May, the megabank publicly welcomed the firm as an investor. (These relationships take time to develop.)

In the quarter that just ended, ValueAct grew its position by 55%. Today, it owns nearly 25.2 million shares, worth about $1.8 billion.

The beauty is we can buy today for about the same price ValueAct paid. The market is taking a wait-and-see approach to this stock.

Like Microsoft in 2012, Citigroup shares are still a long way from their peak.

Citigroup shares are up 642% since they bottomed on March 5, 2009. However, its returns have lagged the more-than-750% gains of its peers like JPMorgan Chase and Bank of America. It has even done worse than Wells Fargo, the bank that intentionally “misled” its customers on multiple occasions.

That’s good for us today…

Citigroup is a global leader. It has 200 million customers and does business in more than 160 countries.

Yet, it’s price is about the same as the value of its net assets. That’s our opportunity. When the decade ended in 2006, Citi’s price was consistently more than double its book value. We’ll make a lot of money in this trade if it makes it only halfway back to past levels.

Citigroup expects to return $40 billion to shareholders this year and next. ValueAct believes this number could be more like $50 billion, or 25% more.

We’re on the way. Citigroup just raised its quarterly dividend by 40% and it continues to buy back shares.

It makes sense to consider the stock at these levels.