When it comes to factory automation, China is way ahead of the game.

In fact, the demand for robots in China is more than twice as high as any other country. As the chart below shows, it is seeing huge growth in the field of factory automation. 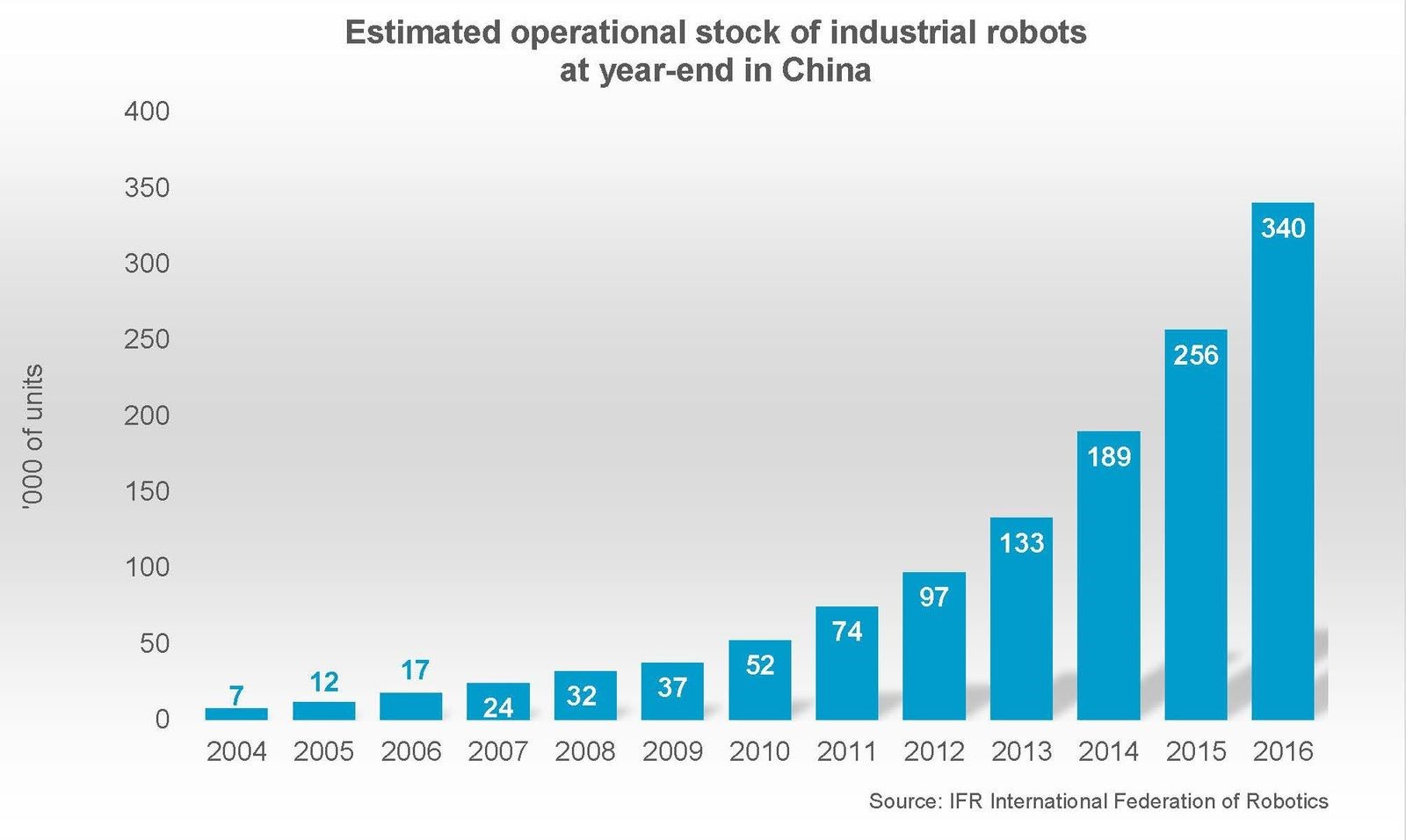 By 2020, an estimated 1.7 million new robots will be “hired” by factories all over the world.

An example of this revolution is a Chinese factory that recently cut its number of employees from 650 all the way down to 60. About 90% of the laid-off workers were replaced by robots.

The factory’s general manager predicts that the number of employees will drop to 20.

Things have only gotten better for that factory since the robots took over. Defects in their products have been reduced by 80%, while efficiency has gone up by 250%.

This is just one example of the many factory transformations going on today. Foxconn, a manufacturer of iPhone parts, has set a goal of 30% automation in its factories by 2020.

Robots taking jobs may seem scary, but when they can work around the clock without getting tired, and assuming maintenance costs are less than hourly wages, it makes sense.

To profit from the robot revolution, you can buy the Robo Global Robotics and Automation Index ETF (Nasdaq: ROBO). This exchange-traded fund is already up 34% since the start of the year.

If You Act Quickly, You Can Get Into Emerging Markets With Zero Risk