Home » Investment Opportunities » The Next Cyber Victim Is…

The Next Cyber Victim Is…

We recently wrapped up a conference with hundreds of Banyan Hill subscribers.

The news about Equifax’s data breach, and the long line of data thefts in the years before, was very much on everyone’s mind. Knowing Total Wealth Insider’s focus on cybersecurity investments, someone asked me: Why does it keep happening?

I’ll focus on one out-of-the-way industry — overseas shipping — for an explanation.

According to the BBC, a private security firm named CyberKeel launched three years ago with the idea of bringing a higher level of awareness about viruses and data theft. The answer from big shipping companies, according to CyberKeel’s senior partner, was: Don’t waste your time. We’re pretty safe. There’s no need.

That’s typical. Hack attacks are like recessions — they’re not real until one happens to you.

It turns out one shipper had a virus in its computer system that added a hacker’s bank account number each time the shipping company’s suppliers requested electronic payment.

The hack extracted several million dollars, according to CyberKeel, before the shipper realized why its suppliers weren’t getting paid.

The final straw was the NotPetya ransomware attack this summer. The giant Danish shipping firm Maersk recently said the hack forced it to halt operations at 76 of its ocean terminals around the world, causing $300 million worth of disruptions to its business.

Maersk’s CEO told the Financial Times that the attack was so damaging “we ended up having to use WhatsApp on our private phones [to communicate]. It was, frankly, quite a shocking experience.”

The point is, huge cyberhacks keep happening when computer security isn’t a top priority for a company.

It’s also a key reason why cybersecurity stocks will continue to be huge winners for years to come. For instance, since I first wrote about the ETFMG Prime Cyber Security ETF (NYSE: HACK) on August 24, the shares are up more than 4%. 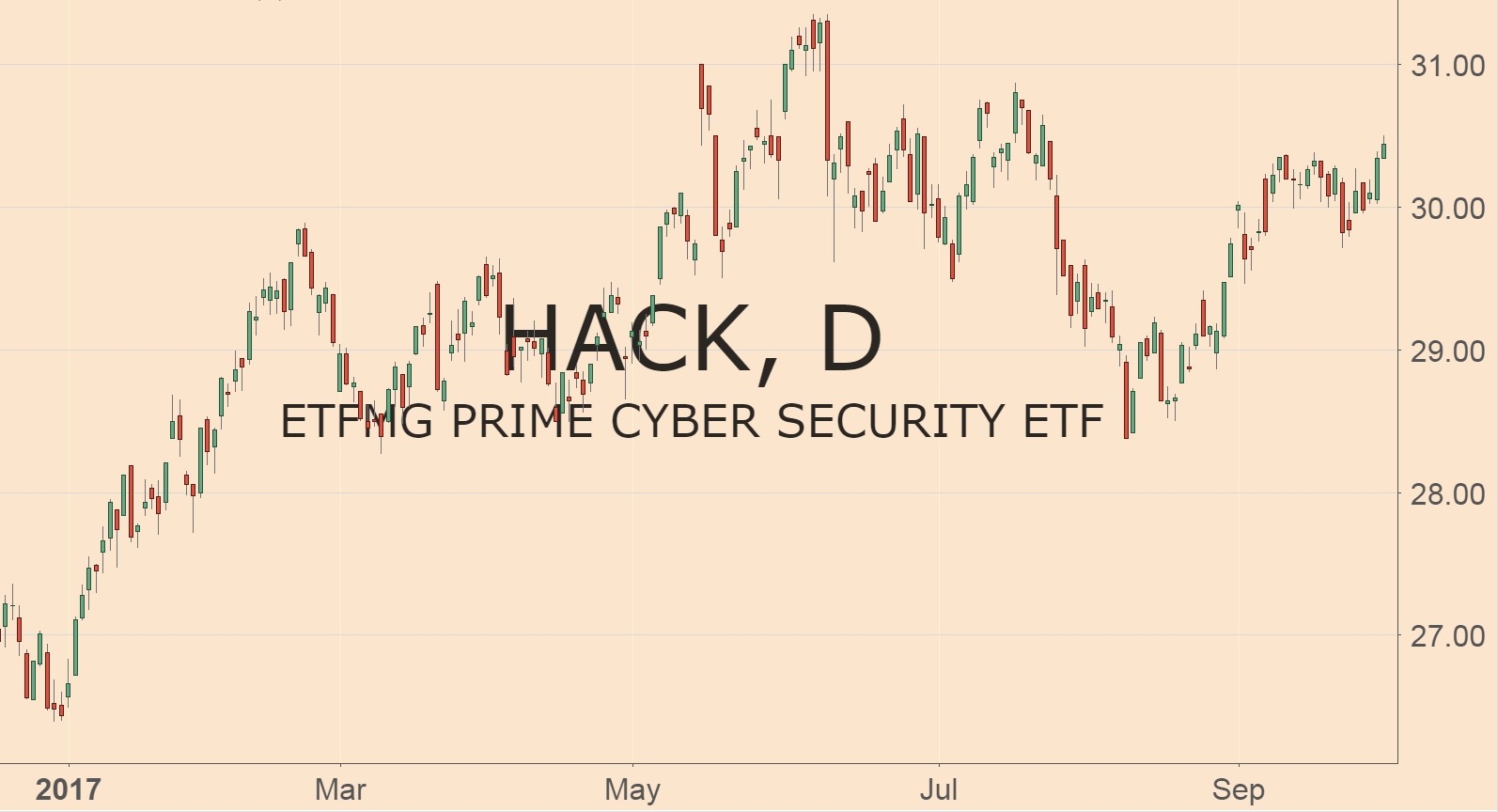 We’re seeing even better performance among select stocks in the Total Wealth Insider portfolio, where we now have nearly a half-dozen prime cybersecurity companies, all of them aimed at solving one of the most intractable problems of our times.

The big challenge — even now — is getting companies to take the threat seriously.

If we own a physical business, a home or a car, security is always a priority, right? We make sure we have strong locks on the doors.

It doesn’t prevent a break-in, of course. But a good lock, fortified doors and unbreakable windows sure make the thieves’ job a lot harder.

We pull on the door handle a couple times just to make sure the deadbolt is set. We tell our employees and children to make sure to lock the doors when they leave.

Why It’s “Game On” for Cybersecurity Stocks

Yet — just taking the shipping industry as one example — most companies do no such thing. Ocean shipping today is highly dependent on onboard computers and automation. That’s why vessels that once needed crews of dozens in decades past can now be operated with as few as 13 people.

And yet, when a British consulting firm surveyed 2,500 merchant seamen about at-sea cybersecurity, they found:

Surveys like the one above demonstrate why cybersecurity stocks will continue to ride the wave of spending in this sector, as business after business, and industry after industry, wakes up to the threat.

Editor’s Note: Paul ’s Extreme Fortunes service will be closing its doors tonight at midnight EDT. This is your last chance to get in before Paul unveils his latest stock recommendation — a little-known tech company he’s calling the “Tesla of China” that’s about to surge more than 1,800%. To find out how this proven trading system is set to make you bigger, faster, safer gains, click here.

The Perk of Investing in This Global Addiction