I have talked a lot about being bullish on the market.

I was bullish during the correction and have been bullish since.

Each time I have outlined why I’m bullish about a healthy economy, robust earnings and key levels for the stock market.

Well, today I want to talk about the broader indicator I track that tells me we are moving into what could be the most profitable period for the current bull market.

The indicator is an 18.5-year market cycle that a world-renowned market analyst named W.D. Gann developed.

He marked certain years with a letter from A through K indicating whether it was a bullish or bearish period for stocks.

It had our current year, 2018, marked as a G year. That means low stock prices.

Well, as you may recall, we experienced a sharp drop earlier this year that counted as a correction in the stock market. Aside from a bear market scenario, a correction is about as low as it gets.

This meets the “low stock prices” label 2018 has on the chart.

With the low prices out of the way, the next letter on the calendar is an H, which means we can expect…

That’s what an H year tells us.

And this will be the euphoric period that I have been talking about. It always comes at the end of a long-term bull market.

There are a few reasons we are fundamentally going to see this play out.

Part of it has to do with President Donald Trump. He is providing economic stimulus in the form of tax cuts to give an already strong economy a boost.

You combine that with tariffs and other protectionist policies, and it’s going to create this euphoric rise in stock prices that, as I have been saying, will end badly.

Before it ends, though, investors are only going to see stocks going up. They’ll forget about the imminent decline ahead and see an unstoppable bull market.

One of the best tools we have is the 18.5-year market cycle.

It called for market panics in 1999, just ahead of the dot-com crash. It was looking for “extreme low stock prices” in 2007, right as the previous bull market was coming to an end.

After the euphoric period, which will be a few strong years of stock market rallies, we have a J year.

This is noted as having a major panic or crash. Specifically, it says it will be followed by three to four years of falling stock prices, business stagnation, despair and rising unemployment.

But you shouldn’t jot down on your calendar to cash out in 2022. Here’s why…

Prosper in Any Market

Every investment strategy I utilize has a built-in tool to prosper even during dire economic times.

That’s critical because even though the 18.5-year calendar expects a crash in 2022, it could come sooner, or later. And in the meantime, we want to continue to profit.

The euphoric period of the bull market can be the most profitable years yet — you absolutely do not want to miss out on those gains.

But when an inevitable bear market begins, you also want to profit during those dire economic times.

I’m confident that regardless of the market direction, we’ll be making a profit.

The bottom line is that a bear market is coming, but it’s years away.

Right now, you want to be invested to benefit from the euphoric rise in stocks. 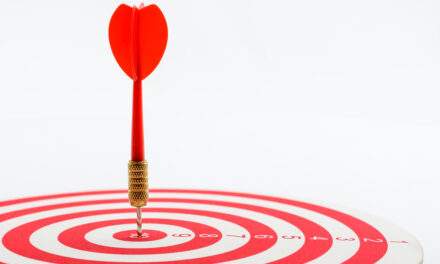 Is The Next Bear Market Coming?