Home » Investment Opportunities » How to Buy Tech Giants at a Discount

I visit the grocery store from time to time.

On occasion, I’ll catch wind of an offer while I’m there. An offer so great I can’t refuse it … for an item I have to buy anyway.

Later, my wife’s language gets colorful when I walk into the house with several bags of laundry detergent.

“Brian! What are we going to do with that much Tide?”

I don’t respond, as it is clearly a rhetorical question. She knows by now I wouldn’t have bought 10 jugs of Tide if I had to pay full price for them.

Still, she appears to expect an answer.

I still can’t read women. Maybe she’s not as excited about the deal as I am. (And maybe — just maybe — I won’t have to go to the grocery store anymore.)

Regardless, I can still find deals in the stock market.

What if I told you there is an investment on the market that allows you to buy a bunch of quality stocks at a 13% discount?

If You Like a Deal, Check out This Investment

This asset is called a closed-end fund. (I’ll tell you more about a specific one below.)

A closed-end fund is a portfolio of assets listed on an exchange.

It can have a theme — such as real estate or natural resources — or it can include several types of stocks or bonds.

A portfolio manager buys and sells the holdings of the fund.

It’s like a mutual fund or exchange-traded fund (ETF) in a lot of ways.

However, there’s one important distinction: A closed-end fund only raises money once.

It sells a fixed number of shares in an initial public offering. It doesn’t issue more shares like mutual funds and ETFs.

Because of this, the price fluctuates according to the whims of the market. (A mutual fund only prices once a day, at the close of trading.)

That means the market price can differ from the value of the holdings in the fund.

And sometimes, that difference benefits the investor.

Yes, this is real.

When I put it that way, I bet you would have bought 10 jugs of Tide too!

The fund shown above is the Adams Diversified Equity Fund Inc. (NYSE: ADX).

Over the past five years, it has outperformed the S&P 500 Index: 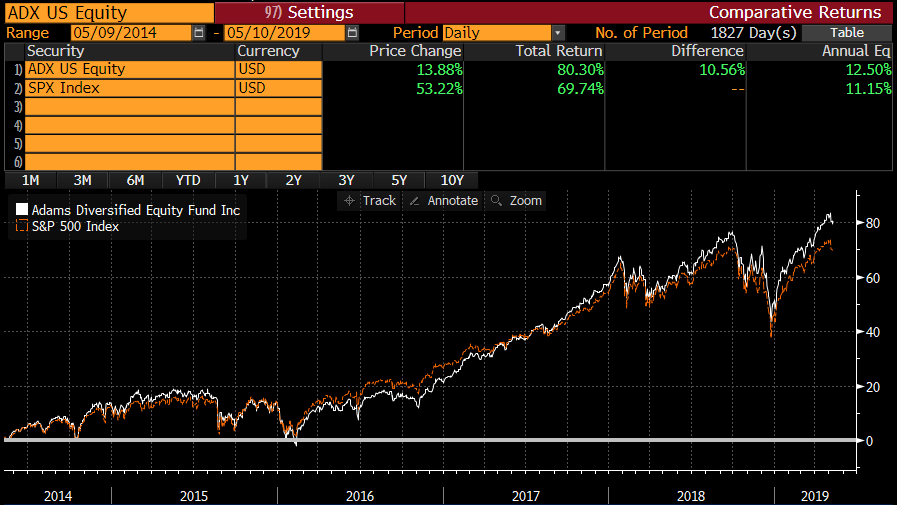 It has done that by holding some of the best companies out there. It’s not buying speculative small-cap names.

Its largest holding — at more than 5% of the portfolio — is tech giant Microsoft.

Other names in its top 10 include Amazon, Apple, Google, Visa and Merck. These are all quality stocks.

Of the 11 S&P 500 sectors, 23% of the fund is invested in the information technology sector. Only 2% of its holdings are from the materials sector.

All in all, ADX had 93 positions at the end of March. Nearly all of them are U.S. stocks.

You Get Paid Too

If you’re interested in income, one of the features of this fund is that it seeks to pay at least a 6% yield each year.

For example, last year it made $0.05 payouts in March, June and at the end of August. In December, though, it paid shareholders $1.85.

That’s a total of $2 in distributions last year. (Most of these were considered long-term capital gains for tax purposes.)

ADX lost less than 3% with dividends.

The difference is 1.7%. That’s not huge, but it’s nice to know there are vehicles out there that can meet or beat the market.

It has returned 15% per year on average over the last decade.

Plus, the discount adds another feature: If the fund had to shut down for some reason, the value of its assets is greater than its current price. So, if it’s liquidated, you should receive more than the current price of your shares.

This fund started in 1929, so a shutdown isn’t likely. But having an added margin of safety is a good thing.

I suggest you look into this fund today. 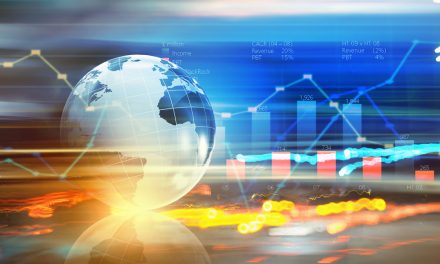