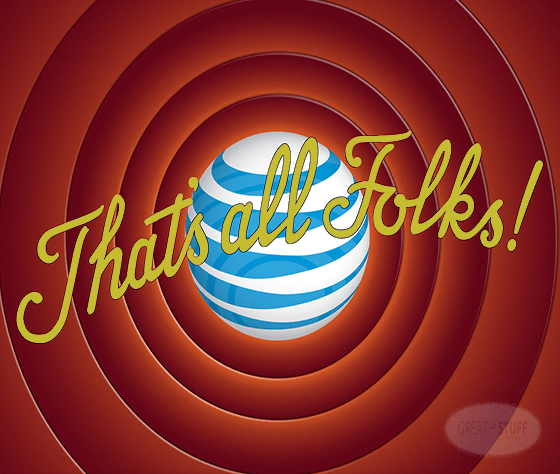 At the time, I said that if “T investors actually want to know how AT&T’s actual business will perform for the rest of 2022 … you might be waiting alongside AT&T’s management to find out.”

Well … today, we found out at least part of the AT&T puzzle.

The company announced that it will spin off WarnerMedia following the Discovery (Nasdaq: DISCA) merger. As part of the spinoff, AT&T will receive $43 billion in cash and other considerations.

To this point, all seems hunky-dory, right? This spinoff is pretty standard fare for Wall Street. Heck, the spinoff is even being handled on a tax-free basis.

But, as part of the WarnerMedia/Discovery spinoff, AT&T announced that it will slash its annual dividend by 46% — from $2.08 per share down to just $1.11 per share. Oof.

One of the only reasons to hold AT&T stock was the company’s dividend, as it was among the highest of the so-called blue-chip stocks. Now that reason is gone as well…

AT&T says the dividend cut is to reflect the spinoff of WarnerMedia/Discovery. In other words, WarnerMedia’s revenue made up nearly half of AT&T’s dividend payout. That’s a bit disturbing for T stockholders going forward.

What’s more, you’d think that AT&T would use some of that $43 billion to pay down debt. I mean, the company has nearly $190 billion in debt right now. Sure, $43 billion is just a drop in the bucket, but you’ve got to start somewhere, right? 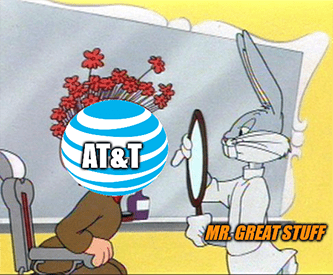 But AT&T isn’t devoting all that cash to paying down debt. While “deleveraging” — that’s corporate-speak for paying debt — is in the plan, AT&T is focusing more heavily on expanding connectivity, especially 5G.

That’s laudable, but AT&T will need more than a fraction of the $43 billion it gets for WarnerMedia to bridge the 5G gap between it and Verizon and T-Mobile.

I could argue this latest development makes AT&T itself a takeover target based on its infrastructure alone. I could make that argument … but I won’t.

You see, AT&T’s market cap is roughly $182 billion, while its debt is about $190 billion. And I don’t wanna deal with that math in my portfolio right now … especially with interest rates set to rise multiple times this year. Nobody does.

Sorry, AT&T … this might just be the beginning of the end.

Mike Carr has unveiled an ingenious new trading strategy. Investors make the same trade on the same ticker symbol in and out once a week, and they can target gains of 10% … 50% … even 100% or more every time.

It’s almost too simple… And yet, Mike Carr’s One Trade strategy absolutely trounced the market over its back test — and picked up winners like 114%, 280% and even 313% along the way. The craziest part? Mike saw each of those wins in a single day! 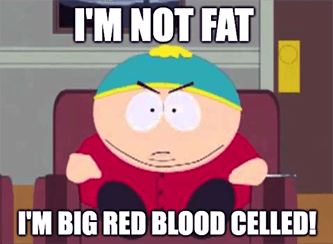 According to infamous “people familiar with the matter,” Pfizer (NYSE: PFE) and its drugmaking partner in crime BioNTech (Nasdaq: BNTX) could soon find themselves back in front of the FDA as early as today.

This time, Pfizer & Friends will seek the FDA’s authorization to use their COVID-19 vaccine for children under the age of five — with emergency use authorization coming as early as the end of February.

Naturally, this is a big deal for Pfizer’s bottom line since many younger kids still haven’t gotten a COVID shot. This means even more untapped revenue could be heading Pfizer’s way … and fast.

Of course, this good news was largely eclipsed by Pfizer’s earlier announcement that it’s discontinuing clinical development of the drug vupanorsen — a treatment that was supposed to reduce cardiovascular risk in people suffering from hypertriglyceridemia (a fancy way of saying “fat in the blood”).

Understandably, PFE investors didn’t know whether to be bummed over vupanorsen’s revenue vacuum or elated by Pfizer’s early vaccine victory. In the end, they called it a draw, with PFE stock trading sideways for most of the day.

For more on what’s crackalackin’ in the world of precision medicine, click here for the one tech that even Elon Musk is excited for. (You know it’s gotta be good if it gets the Musk Man’s vote of approval!) 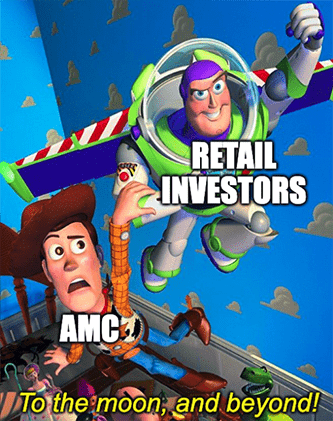 Despite their rip-roaring run-up in 2021, rate hike hysteria saw retail investors squeezing the living daylight out of their beloved meme stocks this year — and none so much as AMC Entertainment (NYSE: AMC).

After peaking at $59 a share back in June 2021, AMC’s share price recently sank to the low teens faster than a popcorn and M&M-induced sugar crash. But while some cynics out there would see AMC stock fall even further, there’s hope yet for this overly criticized cinema chain.

According to AMC, sales for the last three months of the year totaled $1.17 billion. For the record, that’s the highest quarterly revenue figure the company’s posted since the coronavirus pandemic wiped out movie-going as we knew it.

AMC’s EBITDA — that’s earnings before interest, taxes, depreciation and amortization — is also expected to hit somewhere between $146.8 million and $151.8 million for the quarter … well above Wall Street’s paltry $82 million projection.

Now, unlike some of its meme stock brethren, I actually like AMC. And should the movie theater industry recover like I think it will this year, AMC stock should regain some of these early losses from the beginning of the year.

That said, it’s still difficult to value this meme stock right now — which is why you won’t see AMC as a Great Stuff Pick anytime soon.

But if today’s 12% rally had you rearing to go out and buy some AMC stock on the cheap … you should be safe scooping up AMC shares anywhere in the $15 to $17 range. (After the earnings dust settles, that is.) 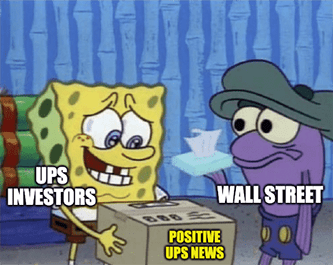 It’s the most wonderful time of the year … for package shippers, at least! (Phrasing?)

United Parcel Service (NYSE: UPS) investors woke up like a kid on Christmas today, with the courier delivering an earnings report that swept analysts’ expectations across the board.

But to UPS, apparently, the best is yet to come. The company set 2022 revenue guidance at $102 billion — handily topping the Street’s estimates for $100 billion. Best of all, UPS expects margins to actually improve in 2022 — despite rising labor and fuel costs. Hello, wage inflation … my old friend. I knew we’d come to speak of you again.

But can we get an encore? Do you want more? UPS is cooking up dividend hikes galore … bumping up its quarterly payout by a whole 49% more.

Metaverse land sales are generally a pyramid scheme and have been for more than 20 years. The Metaverse is El Dorado for internet startups. They chase it into the jungle and die.

If you thought that collectible Nike NFTs were an abomination … phew, boy, that was just the start of our metaverse rabbit hole.

Behold: The metaverse real estate rush is real! I’m sorry to be the one to tell you this.

That digital El Dorado that Professor Castronova references? It’s over on platforms like Sandbox — the biggest name in the digital land market, selling you 96 meter by 96 meter virtual plots of land for the low, low price of $12,700 in Ether.

Hmm, yes, I know some of those words.

Just think of all the room for activities out there in the … um … digital void! Are you not entertained? 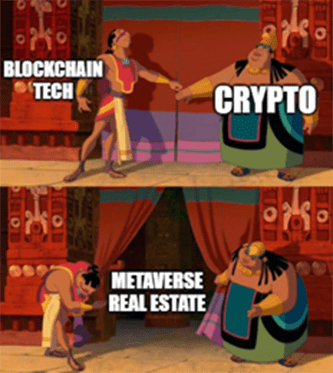 If you remember last month — lol, not really — we discussed Sandbox’s skyrocketing virtual real estate market, specifically how you could drop $450,000 in real-world currency to live next door to Snoop’s NFT house. And everyone cried out: “Wow, that’s so meta whacky! I love technology.” (Your personal experience may differ.)

Last month’s sales topped $85 million, which bodes well for an even hotter real estate market in 2022.

Again, that is real tangible cash, just poof out into the metaverse abyss. And for what? To live next door to Snoop’s NFTs? To have a place to stash all your virtual pet rocks? Don’t worry: Other metaverse innovators have even more boring ideas:

We’re even talking to companies about putting up digital billboards in virtual conference rooms where people can meet. — Andrew Kiguel, Tokens.com CEO

But … why? Does anyone want this? No one wanted real conference rooms, to begin with.

I know, I know, my “why” is rhetorical. It’s … because money. Easy money — and lots of it. Virtual spaces mean virtual eyes. Virtual eyes mean virtual ads. For every digital Louvre you check out, soOOomeone’s gotta sell you on a new digital Breitling, right? And just wait until we see what meta fun Meta’s advertisers cook up…

Now, this is (almost) where I turn it over to you, Great Ones. Do you think that the metaverse is a great fools’ gold rush going nowhere? Or do you agree with someone like Tokens.com CEO Kiguel:

The problem a lot of people have is that there are generations that have a difficult time attributing value to things that are digital, that you can’t hold and that don’t have weight. The younger generation has no issue with it. Like with NFTs, blockchain technology allows for something to be digital, irreplaceable and scarce. You can hold it, store it, display it and sell it.

There it is! I like how metaverse talking heads are now painting this virtual real estate boom as “old people just don’t get it.”

I get it. I get it way more than most. I’ve been in the digital ether for long enough to know that if something digital is made available, then it will eventually be made available for free, somewhere.

So, what you want to do, Great Ones, is avoid this vaporware land rush and invest in the tech behind it. Suck all the marrow out of this metaverse boom with processing power, chips and, well, more chips.

You could just buy Nvidia (Nasdaq: NVDA), which will literally build whatever metaverse wastelands one can imagine. Before your virtual plot of land next to Snoop Dogg can even hit the market, Nvidia and NVDA investors are getting paid beaucoup bucks — no matter who’s building what, why and where on the metaverse.

You could even just check out the tech behind the massive amounts of data the metaverse will create.

But would you, Great Ones, ever buy digital land? Drop us a line at GreatStuffToday@BanyanHill.com with your thoughts. Your email might even be featured in this week’s edition of Reader Feedback! 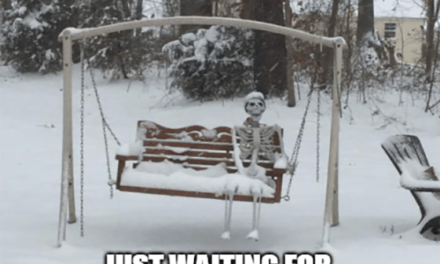 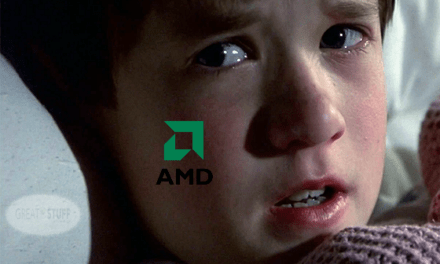