Still, 2018 is the more promising year for the precious metal.

I have written before about how gold just entered a new bull market and I have been watching the price of gold closely. As I previously wrote:

However, the price of gold has failed to garner any meaningful rally.

So, what gives? Why haven’t gold prices rallied?

Here’s the chart that shows us gold entered a long-term bull market. 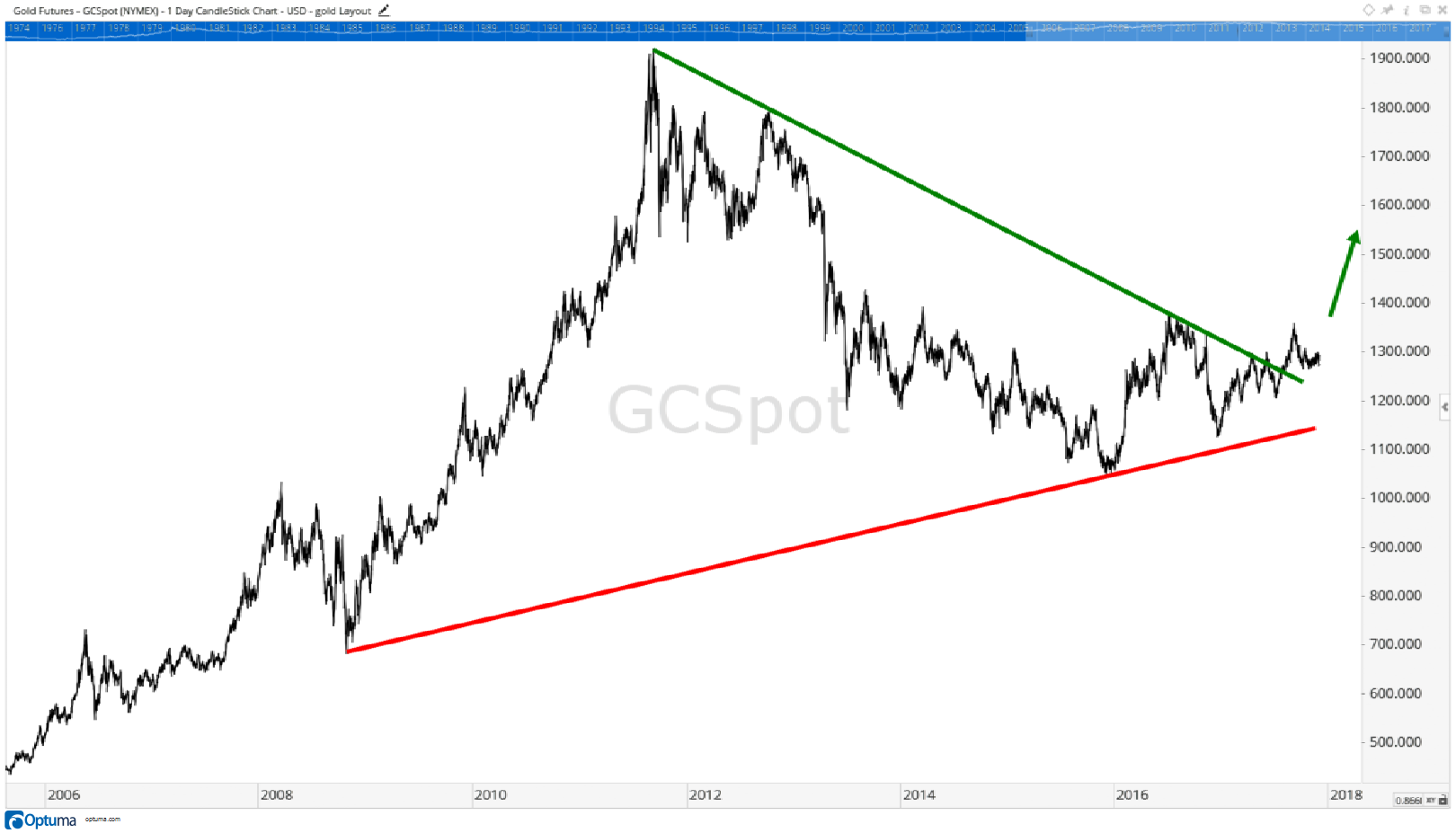 After gold prices broke above the green, downward-sloping trend line, it indicated prices entered a new trend, one that is heading higher.

And when you look at a shorter time frame for gold prices, you still get a bullish picture. Take a look: 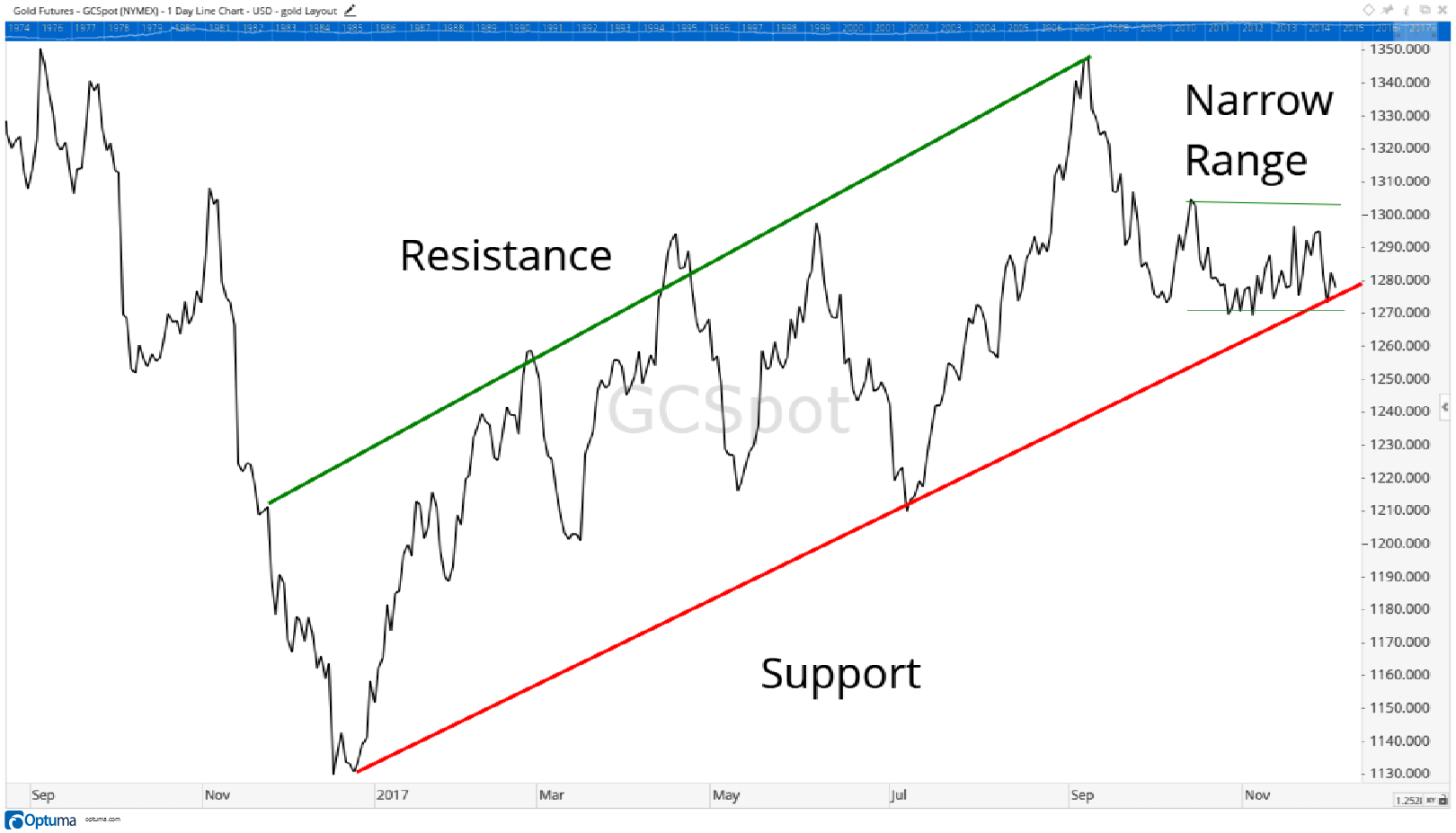 In this chart, you’ll notice prices have mostly stayed within the resistance and support lines, but recently have traded in a narrower range than usual.

Usually, you don’t know which direction prices will break out, which is why there is the narrow range to begin with.

But considering the longer-term chart indicates prices are heading higher, that is where we can place our bets — and 2018 will be the year prices break out.

Gold vs. Bitcoin: Why Bitcoin is Not a Safe Haven

Why Gold is the Superman of Elements & You Should Invest Now