Home » Investing » Currency » Where the Dollar Is Really Headed

Where the Dollar Is Really Headed

Many analysts announced that the dollar entered a bear market last week. Bloomberg noted on March 28 that its “Bloomberg Dollar Spot Index — which tracks the dollar’s movements against 10 leading currencies — has slid below its 200-day moving average and given back most of its postelection gains. The index was up 5.7% from Election Day to December 31; it’s down 4.1% this year through Monday.”

A week later, it looks like the bears were premature. The brief decline we saw in the dollar now looks like an ordinary pullback in an ongoing bull market. Instead of worrying about the dollar, there are actually a number of technical and fundamental reasons to expect continued dollar strength.

Fundamentally, the dollar is the world’s currency. This creates a demand for dollars that isn’t going away anytime soon. The International Monetary Fund (IMF) tells us that about 62% of global foreign currency reserves are sitting in U.S. dollars. Demand for dollars to hold in reserves hasn’t changed much since the financial crisis. The stories about the growing importance of the euro and the Chinese renminbi, for now, are just stories. The dollar is still king.

The bears can point to increased government debt, out-of-control deficit spending and threats of government shutdowns as factors that hurt the dollar. But foreign governments ignore all this because they understand the dollar’s long-term value.

Central bankers learned an important lesson in the 2008-2009 global financial crisis: You can run out of dollars quickly in a crisis. Central banks need large reserves to protect their economies against unpredictable events. In 2008, central banks in dozens of countries used much of their reserves to defend their own currencies. They were fighting to keep the crisis “over there,” and their goal was to limit the damage to their own economies.

Commercial bankers learned the same lesson. Balance sheets were damaged as losses climbed into the billions and tens of billions. Even though banks would have probably taken steps to increase reserves on their own, regulators made sure the increases were significant.

Increasing reserves mean lower profits for bankers. They might want safety, but, over time, bankers can forget what they learned in a crisis. To boost profits, they might take on more risk and accept a little less safety.

Instead of letting banks make decisions about the best way to balance risk and reward, regulators acted. New international banking regulations dramatically increased the amount of reserves banks must hold. Many of the new reserves are now valued in dollars.

Dollar-backed assets give banks instant liquidity. They also get relatively high yields compared to the near-zero yields that banks might find in Europe and Japan.

This all adds up to demand for dollars. In a recent report, the IMF said the dollar “will remain the dominant reserve currency for a long time, mainly for want of better alternatives.” Without alternatives, if there’s a new crisis, demand for the dollar should grow.

Prices are determined by supply and demand. Demand is steady or increasing, so the dollar’s value depends on supply. Unless the Federal Reserve starts printing money at an even faster pace, there’s unlikely to be a deep bear market in the dollar “for a long time,” using the IMF’s technical term.

Looking at the technical picture, last week’s pullback ended when the dollar hit support. The chart below shows futures contracts tied to the U.S. Dollar Index. The black line is the price of a contract, and the blue line is the 200-day moving average. You can see that contracts never closed below the moving average last week. A short dip below the average during the trading day brought out the bears.

The dollar fell about 3.3% from its high. Selling ended close to the 38.2% Fibonacci retracement level. Many currency traders follow Fibonacci numbers. They often use them to find price targets on charts.

With the dollar falling, traders wanting to buy would notice that 99.11 was the Fibonacci retracement level. They knew this would be a good place to buy. And the selling stopped close to that price.

Why were so many analysts bearish? Probably because it’s just more fun to write headlines about the death of the dollar. Thinking about the fundamental and technical factors driving the price trend is hard work. But profits come from digging into those boring factors.

Looking at those factors, we know that, for now, the dollar is moving higher. That’s a trend likely to continue for some time. Fundamentals and technical analysis will tell us when that trend reverses. Until then, it should be profitable to ignore the dollar bears. 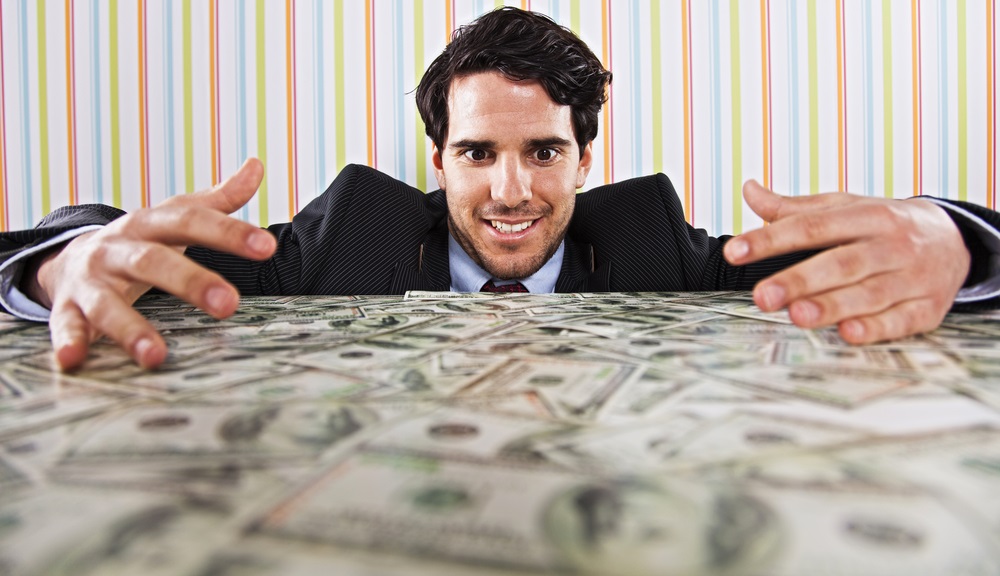 You Could Lose It All by Text Message