This Steel ETF Is a Trade War Bargain

When a bull market drops by 10% in three weeks, investors want an explanation.

America’s trade war with China is one explanation. The Trump administration said on Monday it has more tariffs ready if needed.

The situation is unnerving for various U.S. industries. But one industry has done well to navigate U.S. tariffs.

The Steel Manufacturers Association lobbied Washington, D.C., to put tariffs in place. Those tariffs would protect some of its U.S.-made steel products against cheap imports.

It also lobbied against some tariffs that would make U.S. production costlier.

That beats any other industry.

Personally, I don’t think the trade war will wreck the U.S. economy by way of pressure on U.S. consumers or corporate earnings.

At most, it’s another straw piled on China’s back.

If China’s economy breaks, that will feed into financial markets and the U.S. economy.

But if China doesn’t break (yet), trade war fears will fade. At least for a little while.

Investors will seek bargains. And the steel industry will be one of the industries that investors snap up. 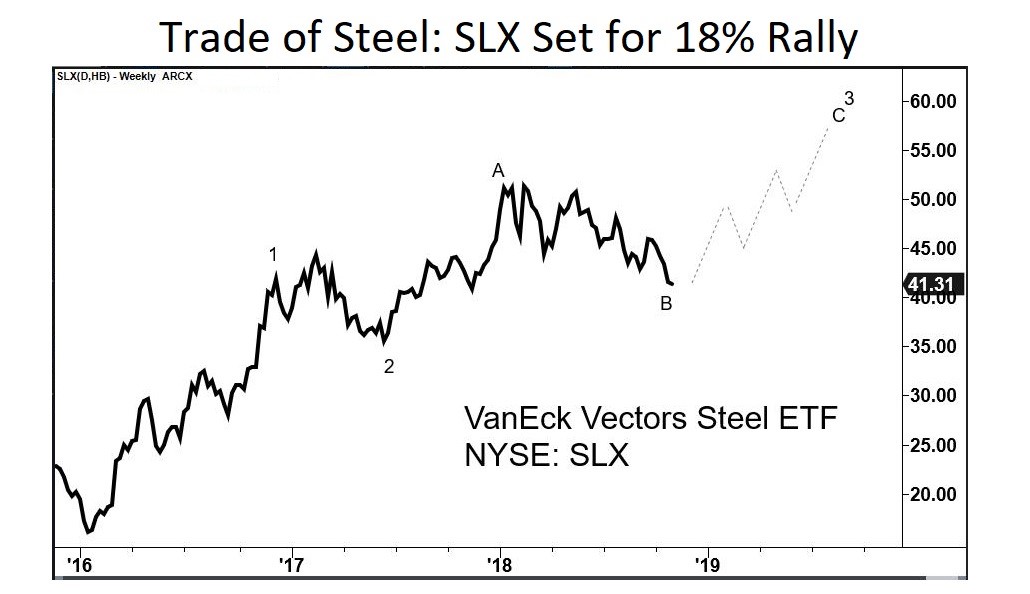 Its 20% decline began in January. That’s when markets got their first whiff of tariffs on steel and aluminum imports.

The pattern since then suggests the worst of the sell-off is over. Steel stocks look poised to recover a lot of lost ground.

After that, we should watch market sentiment for clues about the steel industry. But if the long-term pattern unfolds as I suspect it will, SLX could climb to $57, a 40% jump from current levels.

Be ready when President Donald Trump and Chinese President Xi Jinping get together at the G20 summit in Buenos Aires next month.

A Huge Copper Bull Market Looms on the Horizon 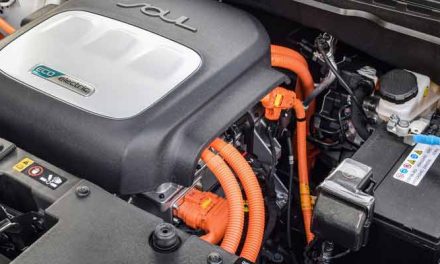 These Metals Will Be the Winners of the EV Revolution