Stocks were volatile this month. A sharp sell-off of almost 12% alarmed investors who became complacent after months of smooth, upward price action.

Alarm was the correct reaction. This sell-off was unusual. In fact, market action like that happened just four times between 1928 and 2017.

What made the sell-off unusual was the fact we’re in a bull market. Despite the bull market, prices fell more than 10% in two weeks.

That’s happened before. Actually, that’s fairly common. But sell-offs like that are common in bear markets.

To see how unusual this all was, I searched for times when the index fell more than 10% within two weeks of reaching a new all-time high. February 2018 was the only instance.

Next, I searched for times when the index fell at least 9% within two weeks of reaching a new 52-week high. This produced four previous instances.

A Big Price Move Is Coming

The charts below show that the sell-off set up big gains on two occasions. 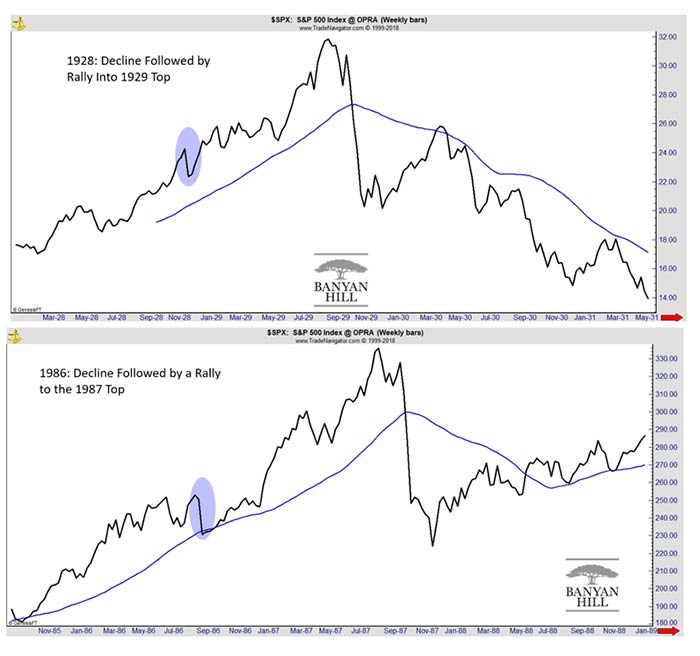 The next charts show that the other two instances marked important tops. 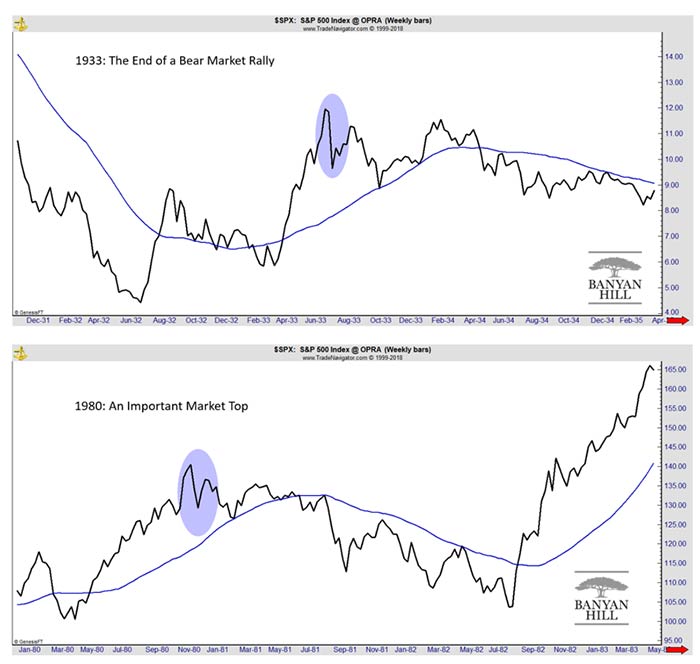 Based on history, we know the next 12 months are unlikely to be average. We should see a big price move. But will it be up or down?

I’ve written before about how the current market environment is similar to 1986. Tax reform is a once-in-a-generation event, and the stock market reacts to rare events. New tax rules change the fundamentals, and this is bullish for the stock market.

That explains why prices gained more than 40% after tax reform passed in 1986.

Another reason to expect gains is because the economy is expanding.

The two declines seen in the charts, in 1933 and 1980, came at times when the economy was moving out of a recession. That could explain the market tops in those cases.

We don’t know precisely when a recession ends until months later. That’s because it takes months to collect economic data.

So, the economy turns up while unemployment is still high and consumer sentiment is still negative. These factors are bearish for the stock market.

Against a backdrop of negative sentiment, the sharp decline of 9% in less than two weeks would spark concerns that the economy is still in recession. That would lead to more selling in the stock market, which explains the declines seen in 1933 and 1980.

Let the Sun Power Your Portfolio