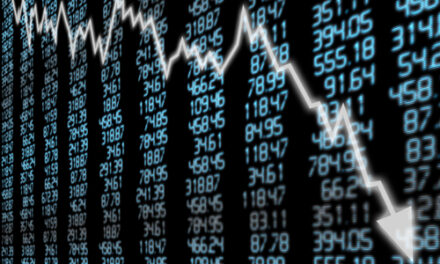 I’ll admit, this unusual options activity has me torn.The company that came up on my unusual options activity scanner was tech giant Apple (AAPL).This is a company I’m long familiar with, both its products and price movements.Despite being a near $3 trillion market cap company, the stock has tripled in value since the pandemic crash in 2020 — up over 200%.That’s a huge move, especially considering the size of the company.So it may not surprise you that the activity on the stock I spotted was looking for a pullback after this long run higher.And it may just be the timing, but I did recently start holding some bearish sentiment on AAPL…

Apple Is Failing to Innovate

You see, earlier this year, I bought my first smartphone that was not an iPhone.If you know me, this is a big deal. I’ve had the iPhone since it first came out in 2007. We have Apple TV, the Apple Watch, iPads for each of my kids and wife, Mac computers, and just about any Apple-branded device you can think of.And I totally ditched the new iPhone.The fact is, Apple wasn’t innovating enough.I went with the Samsung Galaxy Fold, which has a really cool foldable screen that turns a simple phone into a small tablet on demand. Apple had no competing products in a product line where it’s supposed to be the clear winner.This made me rethink Apple’s ecosystem and how it can only survive if they remain innovative…Even still, we haven’t seen any weakness play out on its chart.Because it’s not bearish at all. 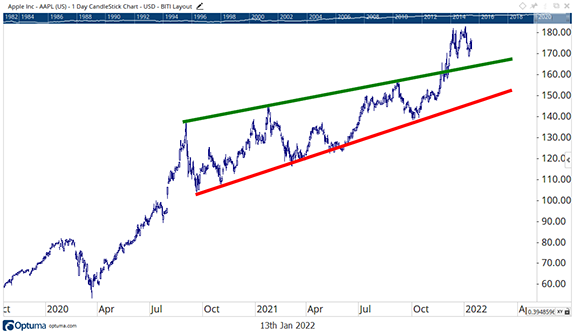 This stock is making higher highs and higher lows, exactly what you’d look for in a stock on the rise. It would even make its way on to my Bank It list if this were one of my YouTube segments.But this is all about unusual options activity.And last Monday, there were two extra-large trades that stood out — a $17 million put option and a $12.9 million put option.

Both these bearish trades were on Apple, at the $170 strike. They came in on January 10, just seconds after the opening bell.The only difference was the amount and expiration. The $17 million bet on Apple to decline is set to expire on November 18. And the $12.9 million position is set to expire on September 16, 2022.These were the two longest-dated options for Apple traded over the past week, and they were the two largest bets overall — out of all the unusual activity that came up, which includes ETFs that usually see the largest volume.There were other million-dollar bets on the stock, don’t get me wrong. This is a company that gets a lot of action.But even the closest was only $5 million on the $170 call options, which expire next month.So we’re still seeing some short-term, buy-the-dip sentiment in the options market.But the heaviest hitters are betting on a decline in the months ahead.Honestly, I’m torn.My chart tells me to be bullish, but the activity and my own experiences tell me to be a bear…Soon enough, we’ll know which one wins this battle.For now, I like what we’re seeing in the options market. You can take the approach of smaller, short-term bullish bets, while you position for a greater pullback in Apple in 2022.Regards,

Chart of the Day:Metals Don’t Sleep (Well, Maybe the Precious Ones) 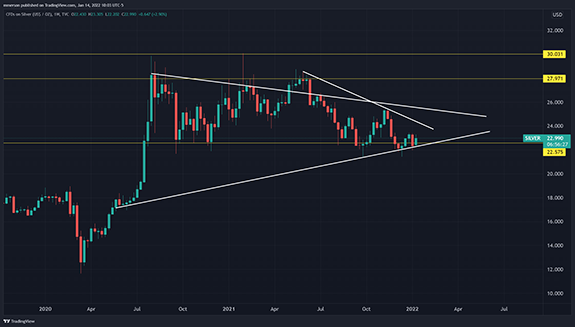 You’ll have to forgive me somewhat for today’s chart. With the long weekend ahead, I’m writing this Friday morning. Equity markets are closed as you read this, so I wanted to cover something that trades 24/7.And because I’m just astounded at the lackadaisical price action in the metals space, we’re once again talking about the worst offender: silver.Silver bulls just aren’t ready to give up. The price, after putting on a great show in mid-2020, has done nothing but chop and frustrate and flounder ever since.Yet still, bulls can’t help but buy silver at the $22.50 level. It’s a firm support zone.Eventually, the silver bears will tire of these meager bounces off this level. I think all we really need is a break above $24 for a capitulation in silver to the upside.And if you like gold in 2022, you almost have to love silver. Silver tends to be a leveraged bet on the precious metals spaces, often moving faster than gold and producing bigger gains.This is one to watch as the year carries on. If bears fail to break $22.50, I think silver could soar to new local highs faster than anyone expects.Regards, 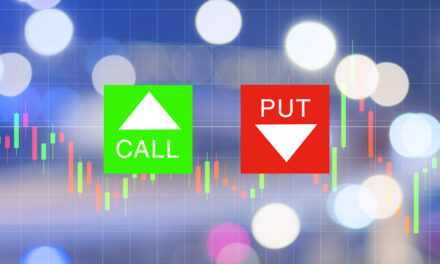 Guess What? Ian King Has a Brand-New Strategy 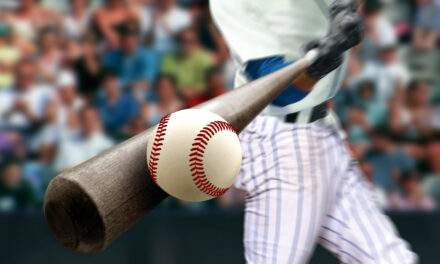