Home » Investing » Trade the Next Market Bubble With This Simple Formula

Trade the Next Market Bubble With This Simple Formula 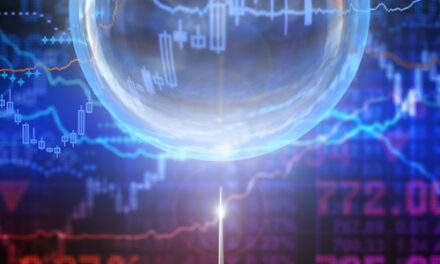 Sir Isaac Newton changed the world.Newton set out to explain the laws of motion. In order to do that, he needed a new math. So he created calculus.Unlike most math, this wasn’t just theory. Newton used calculus to project the paths of planets and comets. He proved the earth revolves around the sun — a hotly debated topic in his time. And he defined the laws of motion in 1687, which have yet to be improved on 335 years later.Yet for all his countless contributions to science and math, there was one thing Newton couldn’t wrap his head around…Late in his life, he said, “I can calculate the motion of heavenly bodies, but not the madness of people.”The madness Newton saw wasn’t war, or riots.It was something else entirely — and it still confounds many today…

When Newton said that, he was frustrated with the stock market.In 1720, the second bubble in history unfolded in London. The South Sea Company traded with South America, and sold stock in order to buy more ships.In the span of one year, shares soared from £100 to nearly £1,000 — before falling all the way back down to their starting price.The chart below shows Newton’s attempt to trade the bubble: 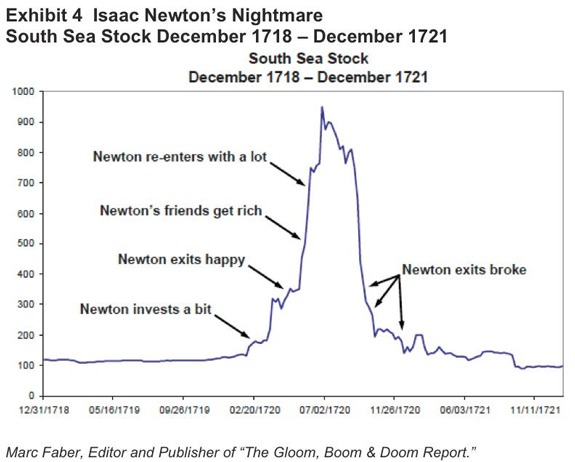 Now, Newton certainly lost money in the bubble. But he wasn’t “broke.” His family was wealthy, and he had academic and government jobs.He was bitter. His intelligence didn’t seem to give him any advantage when it came to the market.Much like today, traders acted out of emotion. Newton was no exception. He saw his friends’ success, and wanted more for himself.The word “FOMO,” or fear of missing out, didn’t exist in Newton’s time. But the idea did.Greed drove Newton’s buying. It might have been the only time in his life he didn’t let math guide him.To be fair, no one understood bubble math then. Bubbles were brand-new, after all.But if Newton had this one simple formula, he could’ve saved his fortune…

If Only Newton Had This Formula…

Less than 10 years ago, another physicist finally defined bubble math. Didier Sornette wrote:“…during a bubble phase, the price follows a faster-than-exponential power law growth process, often accompanied by log-periodic oscillations. This dynamic ends abruptly in a change of regime that may be a crash or a substantial correction.”You can track this with a series of exponential moving averages (EMAs). Newton didn’t have the fancy tools traders use today. But he didn’t need them.  With just a pencil and paper, Newton could’ve saved his fortune and sold with a small loss: 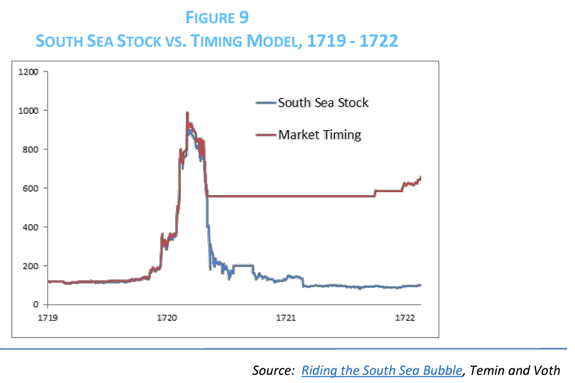 In the chart above, Mebane Faber showed that Newton could’ve used a 10-month moving average (MA) to determine when to sell.An MA uses the most recent data. In this example, it uses the last 10 monthly prices. You simply add them up and divide by 10. (Or, just drop the last digit. That’s the same as dividing by 10.)All you need is a pencil and paper. Unfortunately for Newton, no one knew what MAs were in 1720. He couldn’t help but be driven by his emotions.Traders today don’t have that excuse. The chart above proves that bubbles are trading opportunities. With the right math, you can spot the top.Now, unless one of you is hard at work on new laws of motion, this is our only chance to best Sir Isaac Newton.So pay close attention this week. Amber and I will prepare you to trade the next bubble, whenever it comes… 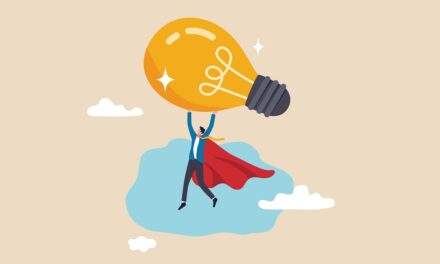 Jump-Start Your Week With Insights from Charles Mizrahi 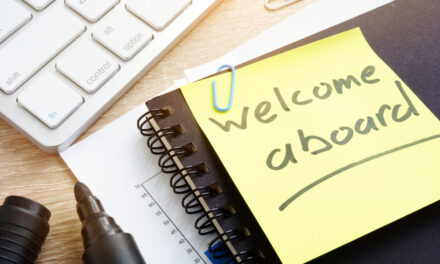