Home » Investing » The VIX Is Broken — Use This Instead

The VIX Is Broken — Use This Instead 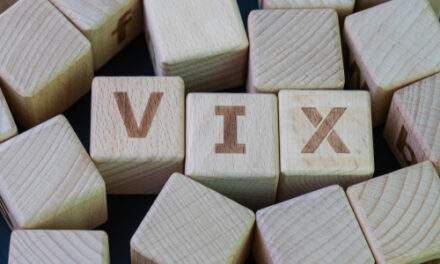 The next time stocks sell off, turn on CNBC.I guarantee someone will mention the VIX Index within a half hour.They’ll say something like, “VIX measures fear. You can see it rise as prices fall.”It’s an interesting idea. But it has a fatal flaw…It’s not useful. It’s reactive. It can’t tell you what’s happening next.I’ve seen too many traders sell at the wrong time by following VIX. I knew it could be improved, too — but not by focusing on fear.Instead, we should focus on a far more powerful emotion…One that drives every rally in any market.As far as I can tell, no one else is talking about it. That’s because there’s no simple tool to measure this emotion.Until now…

If you’ve been following along lately, you know what emotion I’m talking about… Greed.Greed is much more important than fear. After all, greed makes prices go up — and markets go up more than they go down.The starting point for the Greed Gauge is a snapshot of the current level of greed. It’s the relationship of the most recent close to the 52-week high.If the close is near the 52-week high, that tells me traders are greedy for the stock. The price will likely go up. When the current close is far from the 52-week high, then traders are selling the stock. Greed isn’t driving the price higher.The ratio of the close to the 52-week high measures the level of greed, but this still isn’t enough to trade on.To generate a signal, I needed to work with the formula a little more. The result is shown in the chart below: 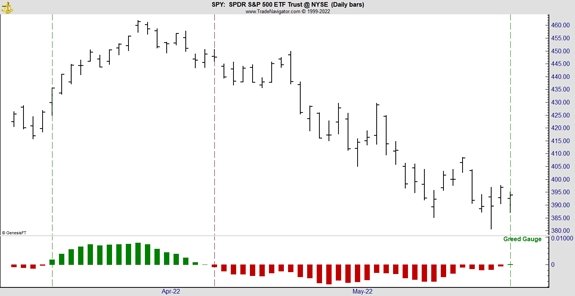 This is a daily chart of the SPDR S&P 500 ETF (SPY).The Greed Gauge just gave a new buy signal on the bottom right (green), reversing the sell signal (red) that helped us sidestep most of the recent market decline.This tells me that, after a month of prolonged fear, greed is ramping up again. The bear market rally that Chad and I have both called for is likely right about to start. Now, you could take this information and trade call options on SPY itself. But unlike the VIX, my Greed Gauge isn’t limited to the broad market.It can be applied to any stock or ETF… so that you never miss another rally – even if the market goes nowhere.Here’s a perfect example…

The Greed Gauge in Action 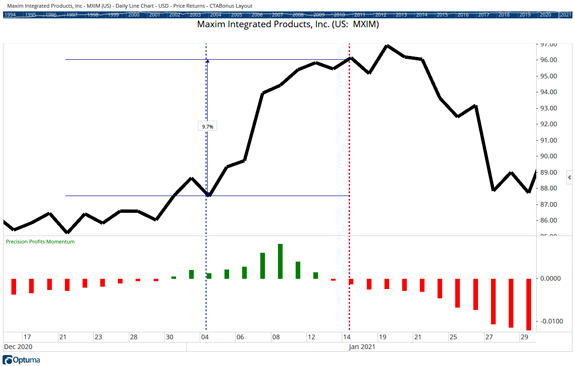 In December 2020, you can see investors were growing less and less scared of the stock.Then on January 1, the trigger hit — and fear gave way to pure greed.Just like that, the stock took off, rising nearly 10% in 10 days. If you’d bought an at-the-money call option expiring in about a month on the first trading day in January, then sold 10 days later when the Greed Gauge flipped back to red, you could’ve made a 143% gain.Which means every $1,000 you put into this trade would have turned into almost $2,500… in only 10 days.Not to mention, MXIM did a full round-trip of that gain by the end of January.Now, you’ll recall that the end of 2020 was a particularly bullish time for the market. The S&P 500 ended the year at record highs. Stocks were showing strength after a year of volatility.So, while a 143% gain in 10 days is nothing to scoff at… It was during a bull market.To understand the full power of my Greed Gauge, we need to look at another point in time — when stocks were declining.What better example than the last few months?Take Twitter (T). The stock rose rapidly on news of Elon Musk joining the board in early April.But take a look at the chart below. Look where the Greed Gauge flipped green — all the way back in the middle of March. 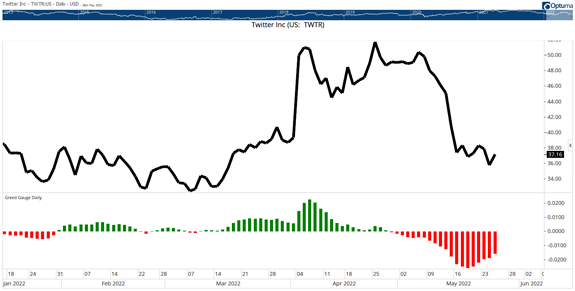 if you were following my Greed Gauge, you would’ve been ahead of the March rally… And out by the May sell-off. No headlines required.Tesla (TSLA) is another great example. 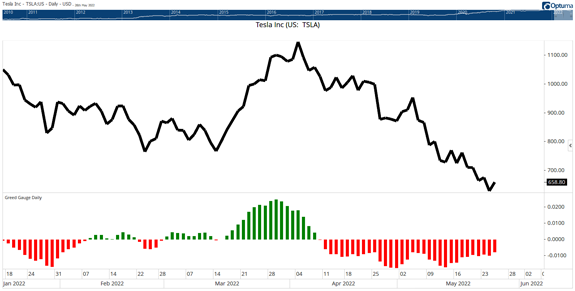 My Greed Gauge got you in right before Tesla rallied over 50% in March….And out as it gave up all those gains and more.  My point is, it pays to be bullish, even in a bear market…But only when you have an indicator like this in your arsenal.I’m confident there will be many more countertrend rallies, just like these, to make money on in the months ahead. I’ll be watching the charts closely and keep you updated.

P.S. After years of research, it’s finally the perfect moment to unveil the Greed Gauge.If you haven’t already, be sure to sign up for my exclusive presentation on Tuesday, May 31, at 8 p.m. ET.There you’ll learn everything this indicator is capable of, and how you can use it to come out of this bear market richer than where you started.

Chart of the Day:The True Beginning of the Bear Rally 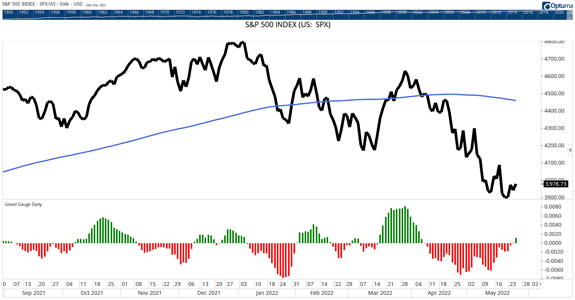 The bear market rally is now upon us, and the Greed Gauge confirms it.Look at the bottom right of the chart. See that big green bar after a sea of red?That’s the Greed Gauge indicator flipping bullish once again…The last time that happened, it was mid March. The S&P 500 was at 4200… And in the two weeks that followed, it ripped almost 11% back above 4600.More importantly, though, look at the last time the Greed Gauge flipped red. That was around April 10, right before SPY slid 8%.The trade seems obvious to me. You want to follow the Greed Gauge, and stay bullish over these next few weeks. Buy call options. And in my personal opinion, bank on the S&P getting back past 4100 in quick fashion.But be ready to cash out once Mike’s signal flips bearish.How can you follow it?One, stay tuned to True Options Masters for Mike Carr’s latest updates…And two, click here for a full deep dive on the Greed Gauge, and why it’s about to change everything. 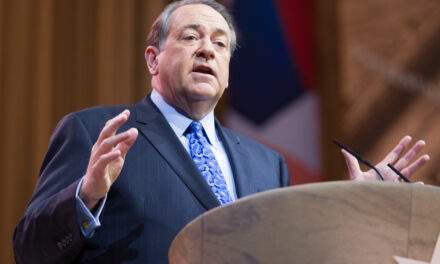