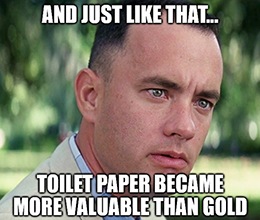 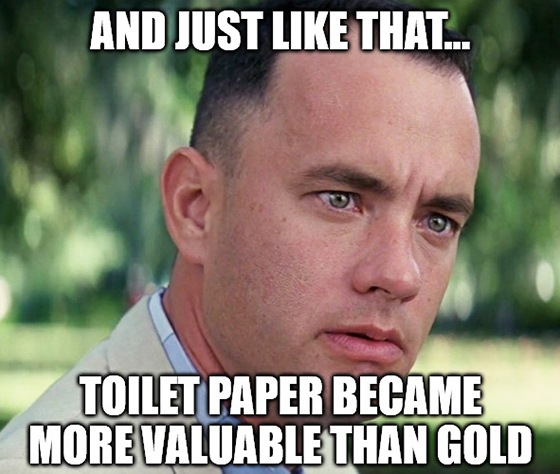 Last week, I was looking forward to getting out of the house, having my family home, hanging out with friends … you know, typical weekend stuff.

My, how things change in a week.

But the lifestyle of your fearless Great Stuff leader isn’t the only thing that underwent a drastic change this week. Have you seen the latest coronavirus relief bill working its way through the Senate?

Now, I don’t usually get political — if you could see my inbox, you’d know why — but this latest bill is groundbreaking and provocative in many ways … a watershed moment of terror or joy, depending on your side of the aisle.

It includes much of what you’d expect: $50 billion for the airline industry, $150 billion for other ailing industries … you know, typical relief bill stuff.

But then, it takes a hard, unexpected turn. For instance, the bill proposes a cap on CEO compensation for two years for all companies receiving bailout money … and another two-year limit on raises for all employees making $425,000 or more.

And that’s just the tip of the iceberg…

The bill hints at potential government ownership in those companies. It may prohibit bailed-out companies from stock buybacks — indefinitely. It also proposes paying $1,200 to every American.

What’s even more shocking? The plan appears to have initial support from President Trump and Senate Republicans.

I have a sneaking suspicion that the Senate’s unexpected twist at least partly comes from the airline industry spending billions on stock buybacks … and then requesting a bailout.

I’m keenly interested in what you think about all this … email us at GreatStuffToday@banyanhill.com to let us know!

Finally, before we get to today’s hottest stories, a few words of caution on any U.S. government relief checks: 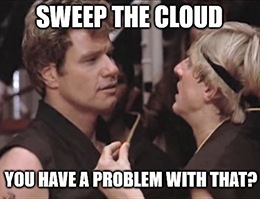 CrowdStrike also put earnings and revenue above Wall Street’s targets for the current quarter and the 2021 fiscal year. It seems that, with everyone working from home now, cybersecurity has become an even bigger imperative for all.

“The CEO noted that the competitive landscape has never looked better, due in part to disruption at Symantec (SYMC), but also based on CrowdStrike’s cloud-based model vs. legacy security vendors,” said RBC Capital analyst Matthew Hedberg.

Hedberg used to like CrowdStrike … he still does, but he used to, too.

We’ve been bullish on the company since January 8, when CRWD became a Great Stuff Pick. The stock is down a bit since our recommendation, but this coronavirus lockdown should allow CRWD and its cloud-based security strategy to truly shine.

No. 2: Exasperated With Elon 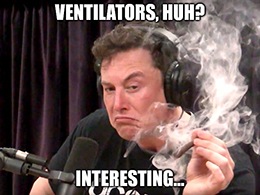 Always a firebrand, Tesla Inc.’s (Nasdaq: TSLA) CEO Elon Musk is on the verge of yet another PR debacle.

Earlier this week, Musk tweeted out: “We will make ventilators if there is a shortage.” The outcry for ventilators after this tweet was nothing short of epic. Even New York City Mayor Bill de Blasio joined in to plead for Tesla to start churning out ventilators:

Our country is facing a drastic shortage and we need ventilators ASAP — we will need thousands in this city over the next few weeks. We’re getting them as fast as we can but we could use your help!

We’re reaching out to you directly.

Honestly, this isn’t something to screw around with, Elon. If you can help … help! Let’s hope this doesn’t turn into another “funding secured” moment.

In other news, Tesla finally relented on keeping its California production plants open. Starting Monday, Tesla will suspend production at its Fremont, California, factory. While this may seem altruistic, the move only comes after Alameda County declared that Tesla was “not an essential business.”

Once again, Tesla bats a thousand in the PR department. 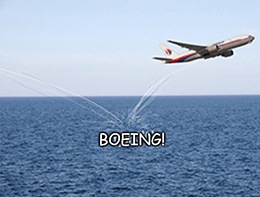 With business tanking due to the coronavirus and the still-unresolved 747 Max 8 issues, Boeing is reportedly considering worker layoffs, cutting its dividend and suspending production of some wide-body aircraft to conserve capital.

Boeing also requested $60 billion in bailout cash. As you might’ve guessed from today’s opener, U.S. lawmakers aren’t happy about this at all … and neither are some of Boeing’s board members.

Former U.N. Ambassador Nikki Haley resigned from the company’s board yesterday over the bailout request.

“I cannot support a move to lean on the federal government for a stimulus or bailout that prioritizes our company over others and relies on taxpayers to guarantee our financial position,” Haley said in her resignation letter.

Surprisingly, BA stock rallied more than 5% despite this flood of negative news. I would’ve thought that the mere suggestion of slashing its dividend would send Boeing crashing back to earth. 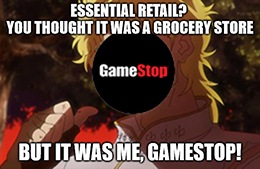 While virtually every other retail location is closing up shop to help stop the spread of COVID-19, GameStop Corp. (NYSE: GME) is staying open.

In a memo obtained by video game news site Kotaku, GameStop argued that it’s “essential retail,” putting it in league with pharmacies and grocery stores.

Due to the products we carry that enable and enhance our customers’ experience in working from home, we believe GameStop is classified as essential retail and therefore is able to remain open during this time.

As a lifelong gamer myself, let me just say that this is inexcusable. It puts GameStop employees in danger and does nothing to limit the spread of COVID-19.

If this is what GameStop has to do to survive just a little bit longer as a company … maybe it shouldn’t?

A little bit longer is all that GameStop has. The company is on its way out. Digital downloads and online shopping will eventually completely take over the video game market. The next generation of video game consoles will speed this up considerably — mark my words.

GameStop isn’t prepared for this. In fact, it’s in denial, as evidenced by the “essential retail” remarks. If it were so “essential,” GameStop wouldn’t keep missing revenue targets, closing stores and searching for ways to remain relevant.

Sure, there will be opportunities for investors to skim some cash off GME until the company finally collapses. But I give GameStop another five years — at most — before it goes the way of Blockbuster.

If GameStop now counts as “quarantine essential” … y’all can’t make fun of my “preemptive” stockpile in the bourbon bunker.

Hey, we all have our ways to get through this — the newest Animal Crossing and Doom games for some, and that delectable Kentuckian ambrosia for me. (Remember: If it ain’t from Kentucky … it ain’t bourbon. I don’t care what anyone else says.)

Yet, as we head into this weekend, one thing we can all agree on is this: We have to keep the positivity alive.

Yes, things will get rough … but don’t let uncertainty drive you away from investing in your future. You’re a Great Stuff reader — you have the best experts on pandemic investing right here at Banyan Hill.

We won’t let you go fearful into that good night.

We will help you rage against the dying of the light!

If there’s one thing you can always count on — viral markets be damned! — it’s that experts like Paul are always thinking ahead to find the best opportunities possible.

For times like these, Paul’s “Strong Hands” approach is crucial. Huge, world-changing mega trends (such as 5G, precision medicine and the Internet of Things) won’t die to the viral panic.

And, if you’re looking for some meme-y market entertainment while stuck in your house, Great Stuff has you covered. Just follow us on Facebook and Twitter! 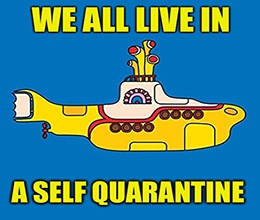 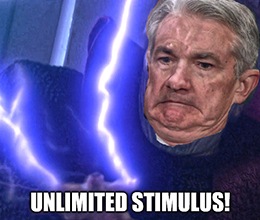