The Big Money Is 95% Bearish 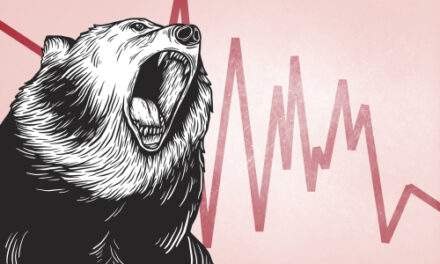 Friday was a bloodbath.Major indexes were down 2.5% to 3.5%. Individual stocks were hit even harder.DocuSign (DOCU) dropped over 20% on earnings. Illumina (ILMN) sunk 10% as their CFO left.And the negative news for those companies compounded an already nasty day for the economy. Inflation came in at 8.6%, higher than expected.Plenty of retail traders, including some of my friends and family, are focused on buying the dip right now. They’re looking at this as a “blood in the streets” moment. As I’ve tried to tell them, though, I don’t think we’re there just yet…And the Big Money agrees with me.Early Friday morning, 95% of the trades my scanner picked up were bearish. The Big Money is banking on more weakness ahead.And they’re already profiting on this stance…

Thousands Overnight, Thanks to the Fed

The back-to-back days of freefall in the stock market didn’t stop these Big Money traders from making money.In the final hour of trading on Thursday, the night before the inflation report came out, 83% of the trades on my scanner were bearish.These folks were already making bank when the markets opened down sharply on Friday morning, in response to the inflation numbers.And as traders were twiddling their thumbs waiting for the market to open, they carried over the same sentiment — 95% of trades in the first hour on Friday were bearish put options.Now, the trades from Thursday that already made thousands of dollars are old news.Those traders scored a big one-day windfall, and there’s no telling how many of them decided to take their profits and run.But the trades placed early Friday morning, just after the report came out, are still playing out.And there’s one I want to put on your radar today…

This Automaker Has a Rough Road Ahead

In the opening minutes last Friday, I was looking for Big Money trades with three characteristics:

“Sweep trades” are large orders that are broken into smaller orders. They are able to be filled much more quickly this way — indicating the buyer is urgent to get into position.For me, this is the holy trinity of a Big Money trade. You know the trader is anxious to execute the trade, and is expecting a large move in the stock (out-of-the-money strike price) in a relatively short time (one week).And given the market’s recent losses, it should be no surprise the trade was a put option.A string of trades rolled through on Ford (F), the American automotive company, totaling more than $600,000. They loaded up on the June 17 $13 put option as soon as the market opened.Now, this isn’t a stock that has flown too high and is overdue for a crash… Ford has sunk 50% since the start of the year and dropped as much as 4% on Friday.It’s no wonder why so many people are eager to buy the dip in beaten-down stocks like this…But if the Big Money is right, we should be betting on more weakness as early as this week.Stocks are already headed lower this morning. So if you’re eyeing all these low prices and itching to buy the dip, don’t overlook the fact that more weakness is highly possible.

Chart of the Day:The Demise of Fake Meat 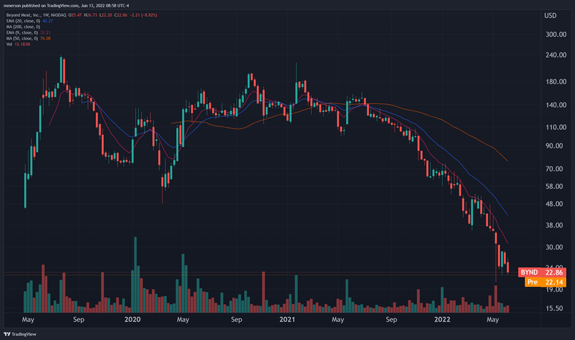 Today, to keep with the theme of the Big Money going full-bear, I want to look at one of the most shorted stocks in the market — Beyond Meat (BYND).Over 40% of BYND share float is short, putting it in the top 10 of stock market short-selling targets. The Big Money clearly hates this stock.And it could be because it made a lot of people look stupid after its IPO.See, where plenty of overvalued companies get creamed after IPO, Beyond Meat took off like a rocket. It more than quadrupled from its IPO price at the peak…Before falling 80% again the next year, recovering for a year, and eventually getting to where we are now… Over 90% down from the all-time high.I don’t have much to say about the chart itself today — it’s self-explanatory. But you don’t need a chart to tell you not to invest in Beyond Meat.Just go to your local grocery store. Find the meat section. Observe how anything “Beyond” is virtually the only product on sale, and never out of stock.That tells me all I need to know…Stay away from Beyond Meat — the company and the product. 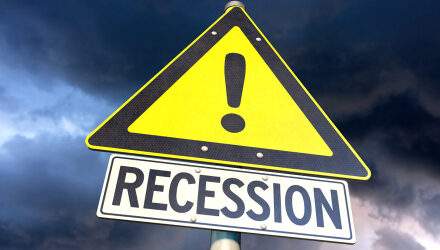 A Recession Will Make the Bear MUCH Angrier… 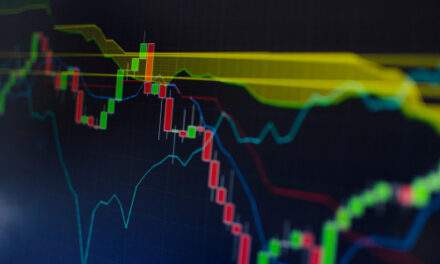