Tariffs and the Law of Unintended Consequences

Striding through the airport, I carried a backpack and a giant rolling suitcase packed like a Russian nesting doll with empty bags. It was 1999, and I had just flown from Argentina to the U.S. for a holiday vacation.

My family had a list of items to buy: jeans of various sizes, PCs and, of course, a Nintendo 64.

The items filled our formerly empty suitcases, and a week later we headed back to Argentina. Not quite Santa Claus, but we got nearly every item on our list.

This odd ritual was a pushback on Argentina’s tariffs. The nation adopted a practice of saddling items with double- and triple-digit tariffs.

Thinly veiled as promoting the local economy, the taxes on imports did anything but.

Prices were so high that black markets for smuggled electronics formed in alleyways. Traveling businessmen and families would routinely bring back items for friends and relatives.

Instead of supporting local business, tariffs stifled it and sent money abroad.

A single Nintendo packed in my suitcase for a cousin wouldn’t disrupt the economy. But a flood of items subverted through the normal channels will.

That’s why I’m cautious of tariffs. The law of unintended consequences dictates that the actions of a government will have unintended effects.

While Washington, D.C. is using tariffs to make nations “pay for the privilege” of doing business with us, it is biting into economic growth.

Last week, we got to catch a glimpse of some of that suppressed growth.

President Donald Trump and China’s President Xi Jinping met this prior weekend. News that both were committed to coming to the table hit headlines early on Monday, December 3.

Markets opened with a fresh optimism that the trade war might eventually be resolved.

Oil rallied, with Brent crude gaining 4% within the day. Base metals were up an average of 2%.

Below is a chart of Brent crude (purple) and an index of 19 core commodities (orange).

But hopes of a sustained rally were quickly dashed.

U.S.-Chinese relations were put under strain again with the arrest of Huawei’s CFO, Meng Wanzhou.

While tariffs are being tossed around like chips in diplomatic talks, businesses and people are facing real consequences.

Steel tariffs are adding significant costs to pipelines and energy infrastructure construction. Plains All American Pipeline (NYSE: PAA) will see $40 million in added steel costs to a pipeline that will ferry oil from West Texas to refiners along the Gulf.

Farmers are suffering from unsold crops while promised government handouts are slow to come. Crops are rotting in stockpiles while Brazilian farmers see windfalls over Chinese demand for their soybeans.

The next 90 days of trade negotiations will have a meaningful impact on future economic growth.

In Real Wealth Strategist, we are keeping a close eye on the developments in trade talks. Safe-haven assets are a great way to hedge against the threat of a slowing economy. 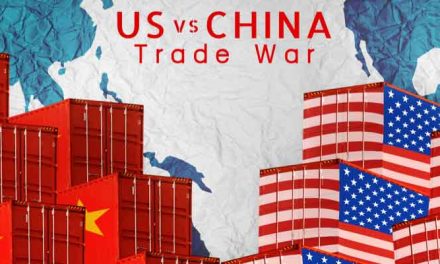 This Is 2018’s Market Narrative of the Year