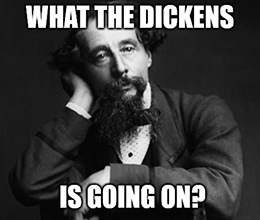 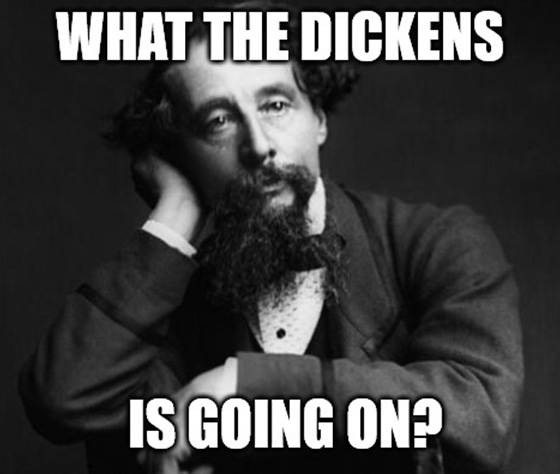 A Tale of 2 Morgans

It is the best of times; it is the worst of times.

We’re living in both an age of wisdom and an age of foolishness. And while this weekend’s coronavirus news helped lift expectations for the spring of hope … we’re likely headed toward a winter of despair.

Dickens? On a Monday? I’m not ready for this…

Markets around the globe rallied today on news that the COVID-19 curve is flattening. Italy and Spain both reported lower deaths and infections for consecutive days. Germany put plans in place to lift quarantine. Even the U.S. reported a slowdown in the growth of new coronavirus cases.

But today’s market truly boils down to two lines of thought: “the worst is over” and “the worst is yet to come.” Thus, began the tale of two Morgans…

Taking up the banner of optimism, Morgan Stanley (NYSE: MS), Chief U.S. Equity Strategist Mike Wilson proclaimed that “the worst is behind us.” Wilson clarified that he’s talking about investors, not COVID-19 infections:

With the forced liquidation of assets in the past month largely behind us, unprecedented and unbridled monetary and fiscal intervention led by the U.S. and the most attractive valuation we have seen since 2011, we stick to our recent view that the worst is behind us for this cyclical bear market that began two years ago, not last month.

Meanwhile, waving the flag of pessimism (or realism … I prefer realism), JPMorgan Chase & Co. (NYSE: JPM) CEO Jamie Dimon warned of a “bad recession” and a financial crisis like 2008:

We don’t know exactly what the future will hold — but at a minimum, we assume that it will include a bad recession combined with some kind of financial stress similar to the global financial crisis of 2008. Our bank cannot be immune to the effects of this kind of stress.

Dimon went on to note that JPMorgan considers suspending its dividend amid an “extremely adverse” dive in the U.S. economy.

One must conclude that if JPMorgan — the biggest bank in the U.S. — is vulnerable, then all banks are potentially vulnerable. In layman’s terms … that’s bad.

But one also can’t deny the U.S. government’s “unprecedented and unbridled monetary and fiscal intervention” in the market. Again, in layman’s terms … that’s good.

To paraphrase Charles Dickens once more, some of our noisiest authorities insist on being received in the superlative degree, whether good or evil, merely for the sake of comparison.

The Cliffs Notes version: Financial talking heads are loud and extreme right now. Why? Mostly so they can be heard.

So, what’s a regular Joe investor supposed to do here?

I mean, we have bulls to the left of us … bears to the right. Luckily, Great Stuff is stuck in the middle with you.

And that’s right where we’ll stay: in medias res, on hold, waiting for Godot, if you will.

It just takes some time … in the middle of the ride, but everything (everything) will be just fine.

Great Stuff believes that the core of your investment holdings should remain in safe haven investments, such as gold, bonds and currencies.

However, with another giant influx of cash sloshing around the market, now is also an opportune time to take baby steps with picking up or adding to long-term holdings … aka those well-run companies we keep talking about.

Just keep your investment forays in moderation. The U.S. economy is headed for a recession, and who knows how Wall Street will react when it is finally forced to confront this truth.

(Not sure where to start in the meantime? Click here ASAP!) 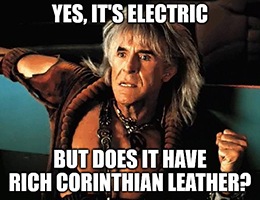 While it doesn’t have “rich Corinthian leather,” analysts still bet that Tesla Inc. (Nasdaq: TSLA) will outperform its luxury peers.

This morning, Jefferies upgraded TSLA from hold to buy, citing better demand for electric vehicles in a post-crisis world. Analyst Philippe Houchois said that he expects a full-year sales growth of 27% for Tesla, above the Wall Street average of a 20% growth.

However, Houchois did cut his price target from $800 to $650 to bring expectations in line with current market conditions.

Baird analyst Ben Kallo was more realistic with Tesla. He reiterated his hold rating but forecast 22% sales growth for Tesla. “We do think TSLA could fare better than luxury peers, with new products/geographies driving growth,” Kallo said in a note to clients.

Both analysts appear to hedge their optimism in light of COVID-19’s unknown impact on Tesla sales.

Better: Peat and Repeat Walk Into a Bar… 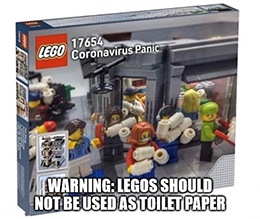 Stop me if you’ve heard this one before: A biotech company announces a new COVID-19 test that’s faster and easier than before. The FDA approves it, and the stock rallies big.

You could run that story every day until this pandemic is over, and you wouldn’t be wrong. Today’s latest testing candidate is Co-Diagnostics Inc. (Nasdaq: CODX). The company just received emergency use authorization for its Logix Smart COVID-19 test, making the test immediately available for purchase.

Co-Diagnostics says that the test’s lower cost should help hospitals and labs process more tests and save money, while still offering high-quality care to patients.

If you were one of the lucky few already invested in CODX shares, bully for you! Instead, if you’re like pretty much every other investor who discovered CODX today after its 25% rally, now is not the time to chase this stock.

In fact, if CODX follows the same trajectory as practically every other stock following a COVID-19 test approval, now would probably be the time to short CODX or buy puts on the stock … at least over the short term. 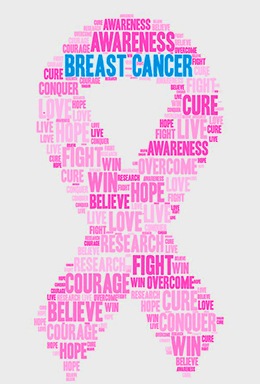 Finally, we have a biotech story that doesn’t involve the coronavirus. A surprise to be sure, but a welcome one.

Immunomedics Inc. (Nasdaq: IMMU) just halted a phase 3 confirmatory study on its breast cancer drug due to “compelling evidence of efficacy.” In other words, the drug worked so well during the study that everyone agreed that there was no need to continue testing.

The drug, sacituzumab govitecan (gesundheit!), was developed to treat triple-negative breast cancer (TNBC). This form of breast cancer, which affects young people, African Americans and Hispanics disproportionately, does not respond to traditional hormone therapy. As such, chemotherapy is typically the only available treatment.

With Immunomedics’ compelling phase 3 results, those suffering from TNBC now have another, more appealing option in the pipeline.

For the company, that means a revolutionary treatment in an estimated $6.12 billion market.

IMMU soared more than 95% on the news, after pulling back slightly due to profit taking. If you’re looking to invest in IMMU, wait a bit for the stock to consolidate on today’s news. The phase 3 data promises strong earnings growth for the company — or, more likely, a takeover bid down the road.

But someday, we’ll emerge from our homes and start to get the economy back on track. And the beginning of the mother of all financial bubbles will be upon us…

No, this isn’t a trader’s rendition of The Stand. (Quick, someone find Stu Redman!) Today’s Quote of the Week comes courtesy of Ian King’s latest article: “The Biggest Bubble Ever.”

We all know that the coronavirus situation in the U.S. will get much worse before it gets better. President Trump even warned us of this fact over the weekend.

But COVID-19 isn’t forever. And, when it ends, we’ll have all of that stimulus floating around in the market to deal with. As Banyan Hill expert Ian King points out, this stimulus just kicked off the “mother of all financial bubbles.”

Interest rates are at zero, and the Fed prints money like there’s no tomorrow. Well, the Fed calls it “quantitative easing” and not printing money … but potato, potahto.

I’m not convinced of Morgan Stanley’s timing, but I am convinced that Ian King is right. We will see a massive rally in the market once the threat of COVID-19 passes.

Until then, keep your powder dry and be prepared to dive into the next bull market.

Great Stuff: On Bulls, Bursting Bubbles and You

Typical bulls … one bull market ends, and they’re already planning the next.

There are two sides to this shebang, dear reader. You could just as easily say: “Typical bears … we’re already feeling one crash, and now you tell me there’s another in the works?!”

Oh, my sweet summer child, Great Stuff has been reporting on the coming credit crisis since, say, last September?

Now, just as Ian King says: “The issue in the credit markets is the same issue that’s playing out in the stock markets. No one has any clue how bad the pandemic will be or how long it will last.”

No one knows how long either predicament will last … but one thing’s for certain: We’ll get through it all.

Now, when Ian King isn’t laying down the law on what’s fishy in the credit markets … he’s headfirst in researching the front lines of growing market trends. Yes, even when the world’s gone topsy-turvy … Ian King knows the right tipping-point trends will outlive viral markets.

Self-driving cars, the Internet of Things, 5G — these trends aren’t just down and out forever.

Here’s my point: If you’re sitting this market out, I can’t convince you otherwise. I completely understand that.

However, if you’re venturing to the front lines and staking your claim in the next bull market…

If you’re buying when everyone is selling…

And with the “mother of all financial bubbles” hanging overhead…

You need a guide.

Ian King’s research in Automatic Fortunes could be perfect for you. (I mean, the guy started trading mortgage bonds on Wall Street at 21. Where else can you find a guide like that?!) 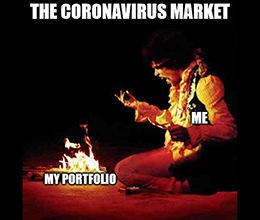