Unlike base metals like zinc or copper, there isn’t a supply problem with aluminum, per se. That is, aluminum is a plentiful metal. Bauxite, aluminum ore, is the primary source of aluminum. It’s nearly all that remains when you weather granite mountains into clay.

Bauxite is common in the tropics. According to the U.S. Geological Survey, there are between 55 billion to 75 billion tons of bauxite resources around the world. Countries like Guinea, Australia, Vietnam, Jamaica and Brazil hold the most mineable reserves.

Since then, it’s up over 50%. This is the surprise bull market of the year.

A Tough Bond to Break

Typically strip-mined at the surface, the cost of aluminum is in the processing. You see, bauxite is aluminum rust. The metal bonds with an oxygen atom, which is difficult to break.

Once the aluminum oxide melts, they use electrolysis to separate the pure metal. The process needs an enormous amount of energy. That’s far and away the largest cost of producing aluminum.

It’s so expensive that many producers ship bauxite all the way to Iceland to use geothermal energy for the process.

Iceland charges big aluminum smelters about 30% less for electricity than they would pay in the U.S. That’s why Iceland is on pace to produce more aluminum than the U.S. this year.

News Out of China

In August, it confirmed that it would cut its annual capacity by 30%. That sent the price of aluminum soaring, as you can see below: 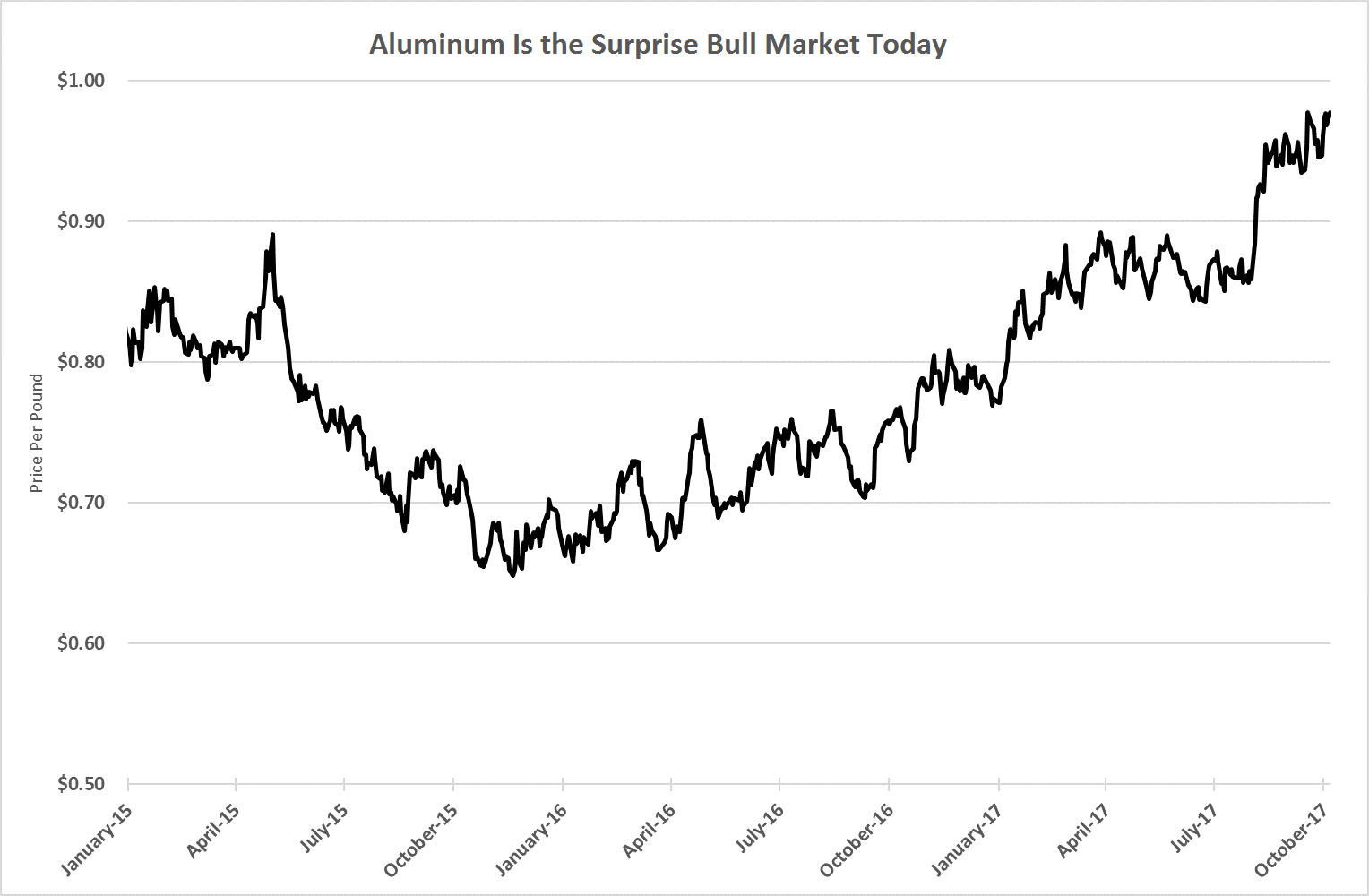 The demand outlook, combined with supply cuts in China, propelled all the aluminum companies higher this year, as you can see in the table below:

These gains are spectacular for just 10 months. Aluminum Corp. of China is up triple digits since January. That’s huge…

The bull market in aluminum is in place. At $0.97 per pound, it is well below its peak of $1.24 per pound from 2011. This sector could produce more gains before supply finally overwhelms the price.

However, we should be vigilant if we do put money to work here. The bull market could turn on news out of China, which we can’t predict. Use a tight stop and prepare to get out quickly.

Palladium Is the Anti-Tesla Bull Market