Few investors sit through those last years. Once a bear market gets rolling, it doesn’t take long for most investors to sell out in disgust. They move to other sectors where they can make money.

However, when a bull market comes to natural resources, it’s a constant source of worry. I know that in part from emails sent from readers of my Real Wealth Strategist newsletter.

Every day the price doesn’t go up makes them nervous. Every dip in the share prices of the miners in that sector is a source of panic.

The truth is, no bull market goes straight up. That’s certainly true of the current zinc bull market. You can see what I mean in the chart below: 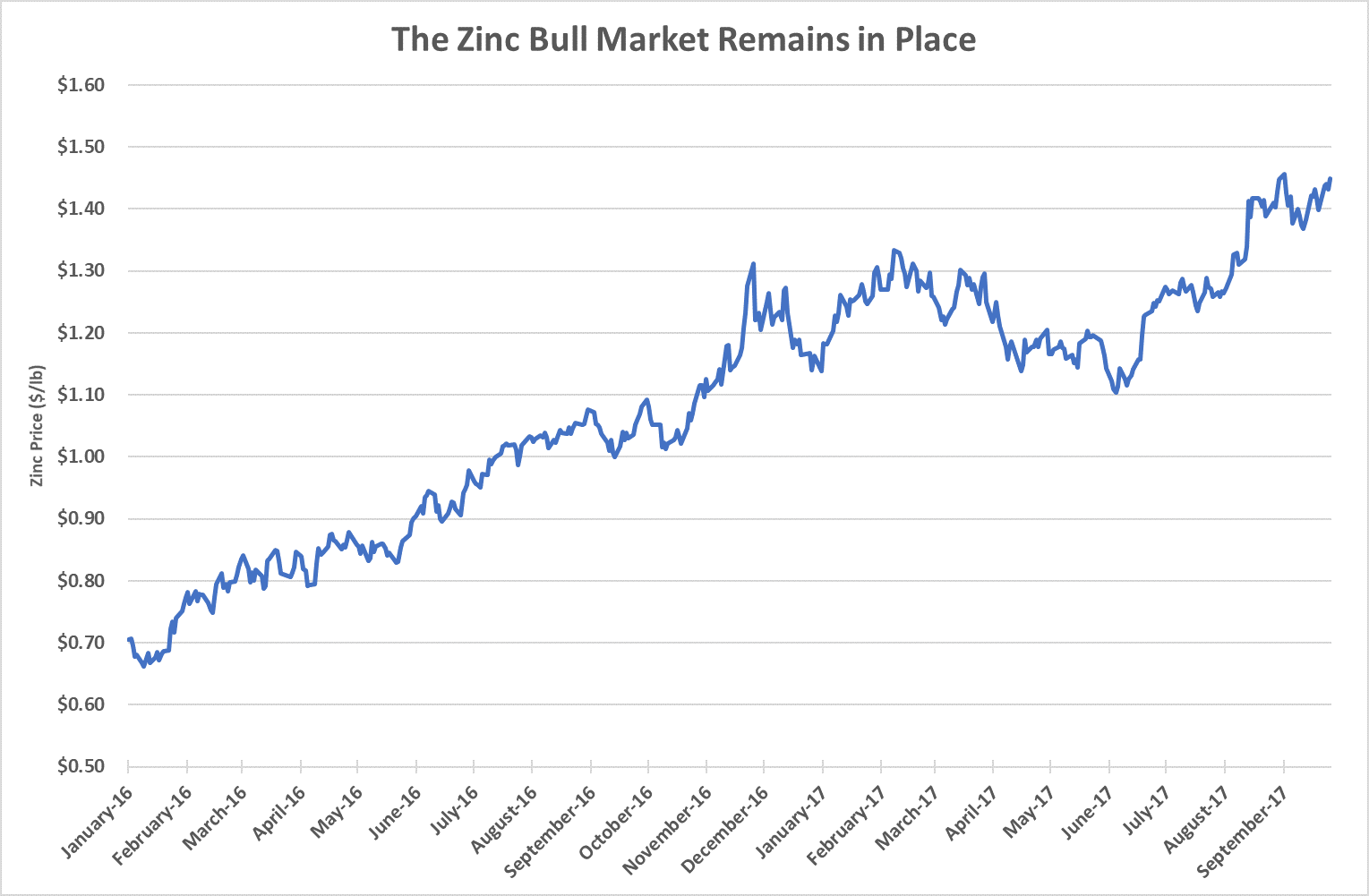 The total bull market lasted four years. From bottom to top, the price of zinc rose 533%.

That’s the sort of market we’re hoping to see right now. A 500% gain from the recent low would mean the price of zinc hits $3.96 per pound … and early investors would make a fortune on zinc producers.

The Future of Lithium Production Is Dirt Cheap