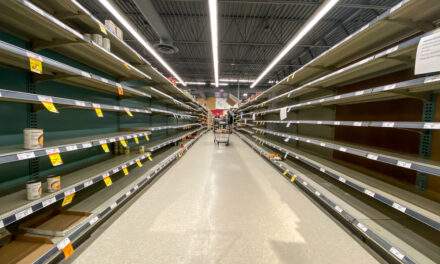 She was a 1972 Volkswagen Karmann Ghia and looked like she was going fast even when sitting still.

I didn’t care that the car spent about a decade collecting dust in the garage.

I didn’t even care about the litter of stray cats that took up residence in the passenger seat.

The old stick-shift jalopy had no clutch and ran on a four-cylinder, air-cooled engine.

On a good day, it could outsprint a lawn mower. On a bad day, I had to roll it down a hill to jump-start the engine.

There was no power steering or anti-lock brakes. The most advanced technology was the AM radio. 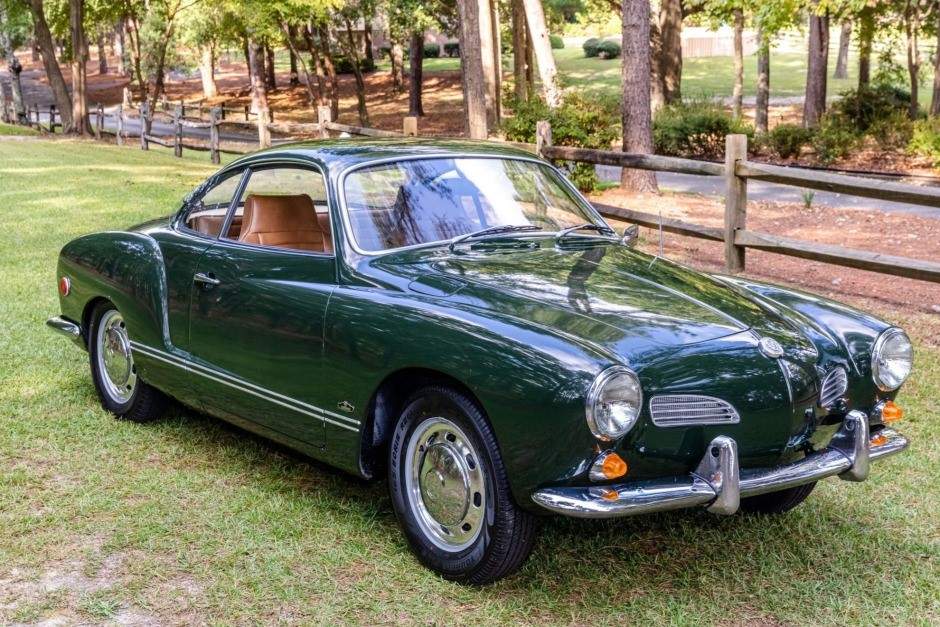 Mine didn’t look this nice.

But it was my car.

I’m sure you know the feeling.

My only bad memories come from when it would break down.

Because replacement parts were nearly impossible to find. It took several weeks (sometimes longer) for a gasket to arrive from Germany. And my classic ride would sit idle in the driveway.

Today, industries across the globe are facing a similar problem … with one commodity in particular.

Demand has never been hotter.

Yet it’s nearly impossible to track down.

And without it, entire industries are out of commission … like my Karmann Ghia.

This supply crunch is already sending shock waves throughout the economy.

And it could derail the tech sector’s biggest mega trends — wreaking havoc in everything from alternative energy to cryptocurrency to smartphones.

It could even put a speed bump on the road to mass electric vehicle (EV) adoption.

But this existential threat has nothing to do with inflation, rising interest rates or a volatile stock market.

It’s all about the 21st century’s most valuable “commodity” … which has practically vanished over the last two years — not just here, but globally.

This isn’t your typical commodity shortage either.

We’ve seen prices spike on everything from lumber to lithium, cocoa and coffee over the last few years. National gas prices broke $5 a gallon this year for the first time ever.

But the disappearance of this commodity could quite literally bring the economy to a standstill.

The world’s governments are understandably treating this crisis as a matter of national security:

The sheer scale of this supply-gap shortage is unlike anything the world has ever seen.

And my research shows this trend could power some of the greatest investing opportunities of the next decade.

So what is this commodity? What can we do to avoid a crippling shortage? And which investments will be the biggest winners?

That’s what you’re about to find out.

Pushing the Global Economy Into the “Danger Zone”

The commodity I’m talking about is in practically everything we use — from our cars to our refrigerators, cellphones, computers and nearly every other electronic device.

Americans are more addicted to it than we’ve ever been to oil.

To some, it’s as indispensable as air and water.

I’m talking about the semiconductor chip.

You’ve probably heard of the semiconductor shortage. But you might not realize just how devastating this shortage has become…

Susquehanna Financial Group, which monitors the sector, said the shortage was officially reaching the “danger zone.”

But by April of this year, lead times shot up another 50%.

So now buyers are waiting half a year or more just to receive their orders. 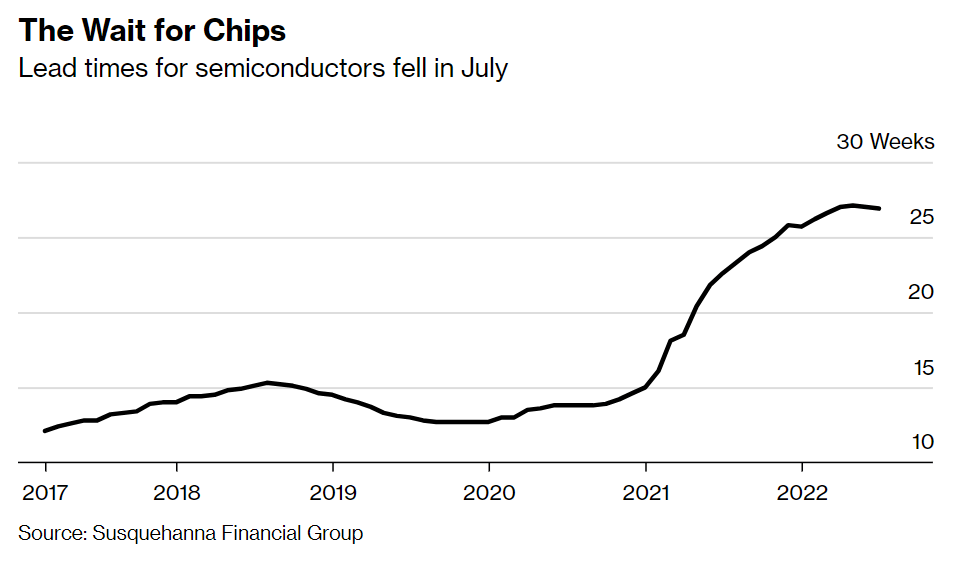 These delays are costing businesses billions in lost profits…

Ford has already cut production by 1.1 million vehicles this year due to the shortage — missing out on $2.5 billion in potential profits. GM and Stellantis (owner of Fiat Chrysler) are also slashing production.

Ford is even shipping cars without some of the key chips needed for non-safety features.

That means you can go out to a dealership today and buy a new car with rear-seat heating and climate control, but it won’t have the chips to control those features.

Other auto manufacturers like Volkswagen, Fiat Chrysler and Nissan have done the same. General Motors shipped out its new Silverado pickup trucks without the chips needed for the cars’ Active Fuel Management system.

Meanwhile, Apple CFO Luca Maestri expects the company’s revenue to be $3 billion to $4 billion lower this quarter due to “supply constraints.”

Even mega manufacturer Siemens is feeling the heat.

The company makes the automation systems that drive the world’s most advanced power grids, buildings and trains. And on August 11, it reported a loss of €1.7 billion — more than three times analysts’ estimates.

And these losses were completely avoidable.

This becomes painfully obvious once you understand how the business works…

If you’re a subscriber of my Strategic Fortunes newsletter, you’ve heard me talk about Moore’s law before.

It states that transistor density doubles about every two years.

That means chips get more affordable and more powerful at an exponential rate.

This law states that rapid advances in technology double the cost of building a new chip foundry every four years.

These rising costs have driven extreme consolidation in the industry.

And price competition pushed most of the world’s production overseas.

The U.S. and Europe accounted for 80% of semiconductor production back in 1990. But now, we’re producing just 20% of the world’s chips. 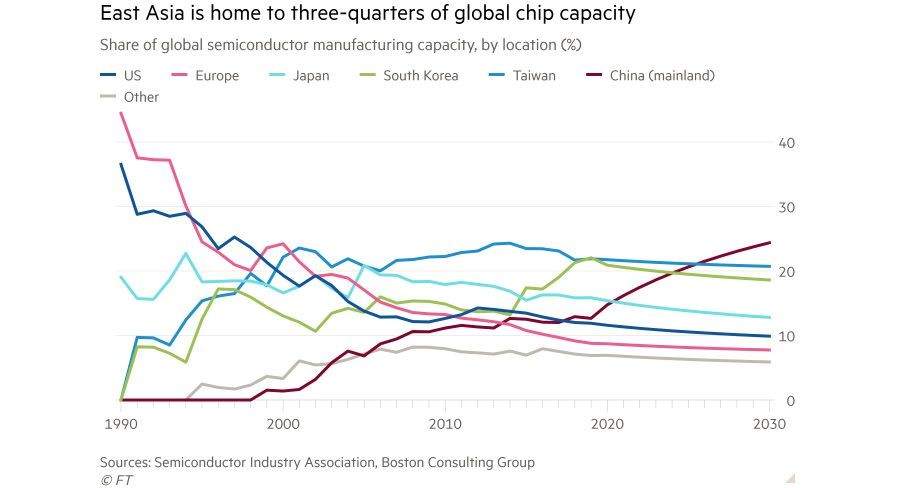 Even as I was writing this article yesterday, news broke that Taiwanese jets were shooting at Chinese drones. Escalating tensions have some experts afraid that China might take military action and seize the island.

But if there’s a new conflict or even just a hiccup in Taiwan’s supply chain, the consequences could be devastating.

Which is why Washington’s finally racing to act…

Bringing Manufacturing Back to America

After decades of watching our chip production slowly trickle overseas, Western governments are suddenly realizing the importance of domestic foundries.

And just three weeks ago, Biden officially signed the CHIPS Act into law.

The law pledges $52 billion in additional capital for building new foundries here in the United States.

China was actively lobbying American businesses to fight this bill.

That might sound extreme, but there was a good reason for it.

According to Purdue’s Krach Institute for Tech Diplomacy:

General Secretary Xi Jinping is propping up China’s semiconductor manufacturing by committing $1 trillion over the next 10 years. He is terrified that the United States will commit to the equivalent of a moonshot. The bipartisan CHIPS and Science Act may do exactly that…

And it may already be too late for them.

Because major semiconductor companies are fast-tracking new projects all over the United States:

These new foundries are just a drop in the bucket in terms of global production.

But they’re also a sign that tides may be turning in the industry.

And that means the next generation of semiconductor companies may be on the verge of the same massive gains already seen by Nvidia, Intel and Samsung.

Semiconductors are a crucial component in all of today’s tech mega trends — from cloud computing and cybersecurity to artificial intelligence, solar power, electric vehicles and more.

None of these trends can continue to grow without access to a steady supply of new chips.

What’s more, semiconductor companies can often be your best play to cash in on these kinds of trends…

That’s because semiconductor companies are often more mature than other companies in these spaces.

Micron (Nasdaq: MU) is a great example of this…

The company is one of the largest memory-makers in the world. There’s a good chance Micron made the RAM in your computer or mobile device. It’s also an industry leader for automotive chips, with a sophisticated platform for AI development.

So instead of investing in any one of these trends, you can go for a high-tech blue chip with $27 billion in yearly revenue.

Over the last five years, the SPDR S&P Semiconductor ETF (NYSE: XSD) has been the market’s third best-performing exchange-traded fund, with a gain of over 202%.

And with the rise of next-gen technologies, this industry is on the cusp of a major boom.

According to PIMCO analysts:

We believe the sector will grow earnings in the 15% to 20% range over the next two years — well above the market — on continued double-digit revenue growth and margin expansion. We expect secular tailwinds and shortages of production capacity to fuel strong pricing power, while dampening economic sensitivity.

That means the end of an industry where 92% of chips come from Taiwan.

Instead, we can look forward to new opportunities with massive earnings potential.

For my Strategic Fortunes readers, I pinpointed a semiconductor company that offers exposure to revolutionary new mega trends like EVs, solar, 5G and more.

It’s up already up 20% since my initial recommendation, and it’s set to triple within the next two years.

But what do you think?

Are you personally worried about our dependence on China, Korea and Taiwan for their high-tech exports?

After all, you’re probably reading this on a tablet or laptop using chips from those countries.

Would you pay extra for a tablet stamped with a “made in America” logo?

Write to WinningInvestorDaily@BanyanHill.com to let me know what you think!

I’m looking forward to your feedback! 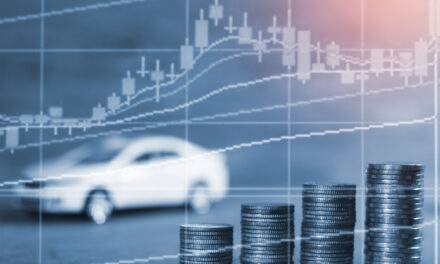 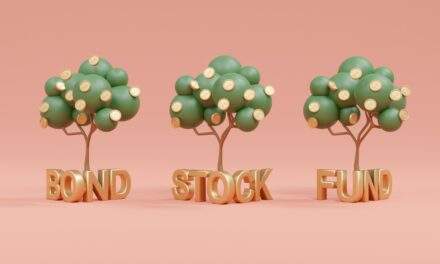 Build Your “Next Gen” Portfolio in 3 Easy Steps