Home » Big Picture. Big Profits. » This Strategy Has Crushed the Market for 5 Years

This Strategy Has Crushed the Market for 5 Years 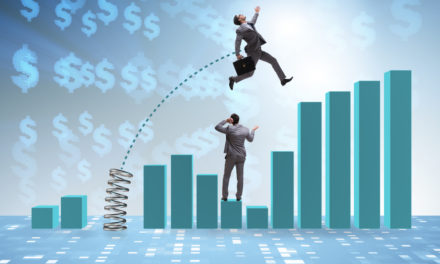 What a rollercoaster ride.

Earlier this year, the S&P 500 Index crashed into a bear market faster than it ever has before.

Then, after it hit a bottom in late March, it rebounded 26% in less than one month!

But through it all, a key investment trend has remained intact…

An exchange-traded fund (ETF) that tracks these high-flying companies has significantly outperformed the S&P 500 since the start of the year.

And that’s held true for the past five years. Momentum stocks have jumped by 68% … nearly double the return of the S&P 500 Index.

You can see this in the chart below: 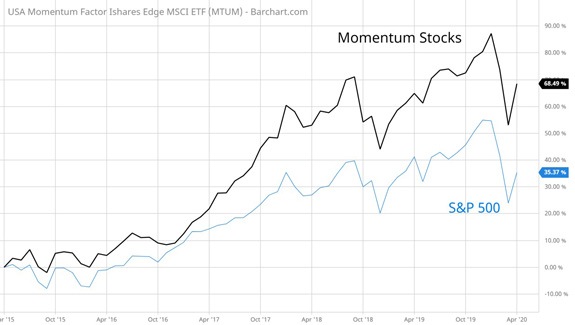 As the name implies, a momentum strategy simply holds stocks that have performed best over a recent period, usually the last 6 to 12 months.

It’s remarkable that such a simple strategy can generate such outsized returns.

But the best momentum stocks don’t remain the same over time. Professional investors build models to rank which stocks are showing the most momentum at any point in time.

And based on my own screener, there is one group in particular that is quickly rising to the top…

Where You Can Find Momentum Now

To uncover the newest momentum opportunities, I look at factors such as trailing price returns and whether or not analysts are revising profit estimates higher or lower.

This analysis reveals an overlooked opportunity to cash in on the market’s fastest mover — video game developers.

With 3.9 billion people facing stay-at-home orders around the world, it should come as no surprise that gaming is experiencing a surge in demand. It’s become an escape for kids and adults alike.

Video game downloads are up by as much as 80% in the U.S., according to one internet service provider.

And it’s already a huge industry, with a global market value of $123 billion.

You can profit from the momentum in gaming stocks with the Wedbush ETFMG Video Game Tech ETF (NYSE: GAMR). It holds shares of companies around the world that develop games and consoles, as well as technology providers to the industry. 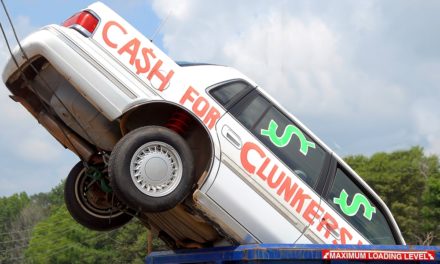 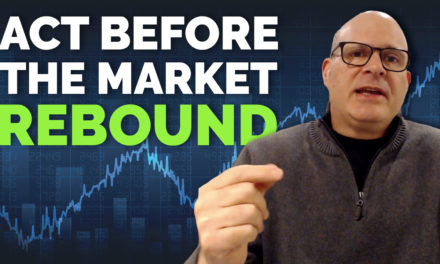