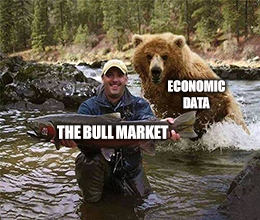 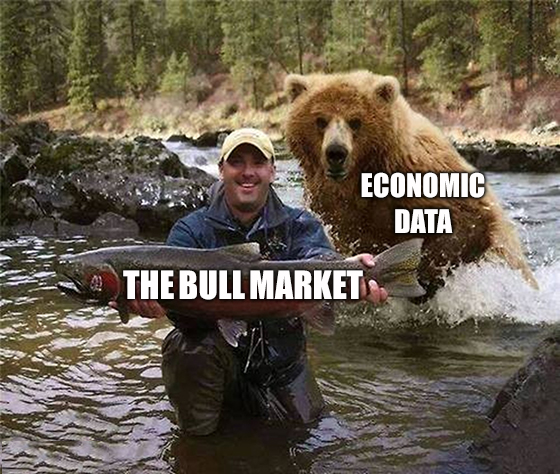 Like most investors, I’d much rather see stocks go up. It’s so much easier and simpler to make money that way. There’s no short selling, no weird inverse exchange-traded funds to mess with and no buying put options or selling call options to hedge portfolio positions.

Plus, you get a better feeling when you make money by investing in a rising asset. You feel like part of the winning team when you bet on a rising star in the stock market … instead of that weird financial schadenfreude you get when winning in a bear market.

The problem is, it’s getting harder to be a bull with every passing day. October’s spooky-time economic data continues to undermine the bull market case.

Earlier this week, we found out that manufacturing activity has fallen off a cliff around the world, accelerated by U.S.-China tariffs.

Yesterday, we saw that this manufacturing weakness has spread to the rest of the economy. The Institute for Supply Management’s Non-Manufacturing Index dropped sharply month over month.

And today, we have the September nonfarm payrolls report … which came in weaker than expected. The U.S. economy added just 136,000 jobs last month, compared to the 145,000 expected. Average earnings growth was flat, and average hourly earnings rose less than expected.

Still, the unemployment rate unexpectedly fell to 3.5% from 3.7%. This lone fact is giving the financial media fodder for the bull case and providing lift in today’s trading.

I, like many of you, want to believe in a continued bull market run. But we can’t deny that the bull is showing symptoms of fatigue.

Maybe it’s not about bulls and bears. Maybe it’s about dinosaurs:

As yet the equity market seems totally unaffected, with volatile and risky stocks still making the running. Although the brontosaurus has been bitten on the tail, the message has not yet reached its tiny brain, but is proceeding up the long backbone, one vertebra at a time.

That gem of a quote comes from Jeremy Grantham, co-founder of Grantham, Mayo, Van Otterloo & Co.

Whatever your zoological preference, it’s important to find a sensible and conservative investing voice that will help you uncover crucial market opportunities that others miss.

Banyan Hill expert Charles Mizrahi is that voice. Recently, Charles uncovered a hidden opportunity in an explosive new industry that could help you make considerable profits … even in this uncertain market environment.

I know you want the deets on this opportunity, so click here to find out more!

No. 1: Scratching the Surface

Advanced Micro Devices Inc. (Nasdaq: AMD) isn’t known for flashy flagship PC releases, but the times, they are a changin’.

For what seems like forever, vendors such as Microsoft Corp. (Nasdaq: MSFT) proclaimed “Intel Inside” on nearly all their PC offerings. However, the new 15-inch Surface Laptop is moving away from Intel Corp. (Nasdaq: INTC) chips as a standard configuration in favor of AMD.

This is a big deal. While AMD has stolen server and enterprise business away from Intel with its new line of Ryzen processors, the PC and laptop markets are still dominated by Intel. Microsoft choosing AMD over Intel for a flagship Surface Laptop indicates that even Intel’s PC market share is vulnerable.

That means bigger disruption for AMD, as laptops move away from “Intel Inside” and toward “AMD at Heart.” (You like that, AMD? It’d look good on a shiny little sticker. Hit us up if you’d like to use it, and we’ll work something out.)

Costco Wholesale Corp. (Nasdaq: COST) is a victim of its own success.

The company reported fourth-quarter results that were largely positive, but COST shares are struggling to make headway today nonetheless. Earnings beat expectations by $0.14 per share. Revenue was about $200 million light, but mostly in line with expectations.

The problem is that year-over-year comparisons were difficult — i.e., Costco had such a banner year last year that growth was hard to come by. What’s more, the discount retailer’s ridiculous success in China helped fuel the bullish hype surrounding the stock. The first Chinese store was so popular, they had to close it temporarily due to too much traffic.

This year, COST shares are up roughly 40%, more than double the S&P 500’s gain. If you aren’t already on the Costco-rally train, today’s lull in activity might be your chance to jump on.

Who would have thought that cutting prices on your products would increase demand? It’s like someone at Apple Inc. (Nasdaq: AAPL) finally took an economics course.

According to unnamed sources — we just love those — Nikkei reported that Apple is asking suppliers to increase iPhone 11 production by 7 million to 8 million units. The increased demand is reportedly centered on the new iPhone 11 and iPhone 11 Pro, both of which are significantly cheaper than their predecessors.

While I’ve long derided the current incarnation of Apple for lacking that unique “one more thing” of the Steve Jobs era, cutting iPhone prices is a step in the right direction.

You see, Apple is now focused on becoming a services company. With Apple services tied heavily to its devices, the company needs to get those iPhones in customers’ hands more than ever.

And since the company can’t innovate its way into the lead anymore, lower prices are the way to go. If the Nikkei report is true, it seems Apple’s new lower-cost strategy is beginning to pay off.

No. 4: Canary in the Coal Mine

“In our view, the days of generous capital for unprofitable businesses is over. The failure of We Company to go public is reminiscent of past corporate events that were widely seen as marking important tops in powerful secular trends,” Wilson wrote.

He believes WeWork’s implosion from a $47 billion valuation to near bankruptcy means that investors are no longer going to tolerate extreme valuations for unprofitable IPOs … especially tech companies.

WeWork has certainly had a chilling effect on the IPO market. In the past week, talent agency Endeavor Group Holdings and ADC Therapeutics SA both yanked plans to go public. And those that have gone public, such as Peloton Interactive Inc. (Nasdaq: PTON), Uber Technologies Inc. (NYSE: UBER) and Lyft Inc. (Nasdaq: LYFT) have sunk below their IPO prices.

But, is it fair to call WeWork the next Bear Stearns? I’d like to know what you think.

Write in to GreatStuffToday@banyanhill.com and let me know your opinion on WeWork and the current state of the IPO market.

Haikus in my financial e-zine? It’s more likely than you think!

Great Stuff readers never cease to amaze me. I asked for haikus, and you delivered. We’ve definitely got some great stuff today.

I’d love to print them all, but then it wouldn’t be a contest, would it? So, here are the top four best haikus (as selected by yours truly):

No bluff this Great Stuff

You once were a stud

Some have said goodbye forever

With that, it’s most certainly margarita time. C. Kovacs, I will treat you to a margarita if we ever cross paths.

Thank you all for participating! You’re the best readers in the world. Honest.

I hope you’re looking forward to more contests and events like these down the road … I’ve got some plans. And who knows — if all goes well, maybe I’ll have more than just fake internet points to hand out as prizes.

Before I go and get my drink on for the weekend, remember that without you, there would be no Great Stuff. 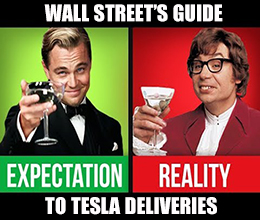 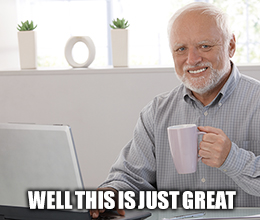