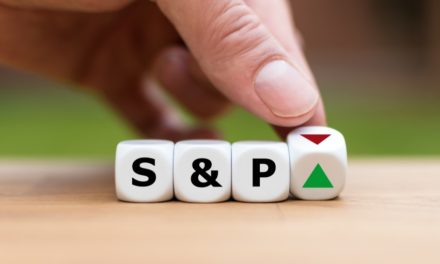 Last week, South Florida was on the alert.

It seemed Hurricane Dorian had Florida as a target. The hurricane threatened the entire East Coast as it made its way from The Bahamas to the U.S.

The forecasts showed spaghetti models to give us an idea of where the hurricane was heading.

My kids were confused on the hurricane’s tracks, as I’m sure many of you were. All the uncertainty in its possible paths didn’t make sense.

But we trust forecast models to give us an idea of the uncertainty that’s ahead. And we know the importance of those models, even though the predicted track may look random to us.

Investing takes a similar approach — you have to trust your models.

The S&P 500 Index tracks the performance of 500 of the largest publicly traded companies in the U.S.

And there’s a chart that’s ideal for making S&P 500 forecasts and predictions.

Right now, analysts are using the chart to predict if stocks in the index will go up.

Watch my video below to learn more about why trusting your system pays off big time.

The S&P 500 traded in a unique pattern for all of August — a consolidation pattern.

This means the stocks’ prices are neither continuing nor reversing their overall trend.

The information we get from it isn’t enough to make an S&P 500 prediction. The market could surge higher or plunge lower.

It’d be anyone’s best guess as to what direction the breakout would occur.

But the real power of consolidation patterns is that they give us key targets and levels once a breakout occurs. That’s when the price goes above or below the range of trading levels.

On September 5, the S&P 500 broke out of its consolidation pattern. You can see what I mean in the chart below. 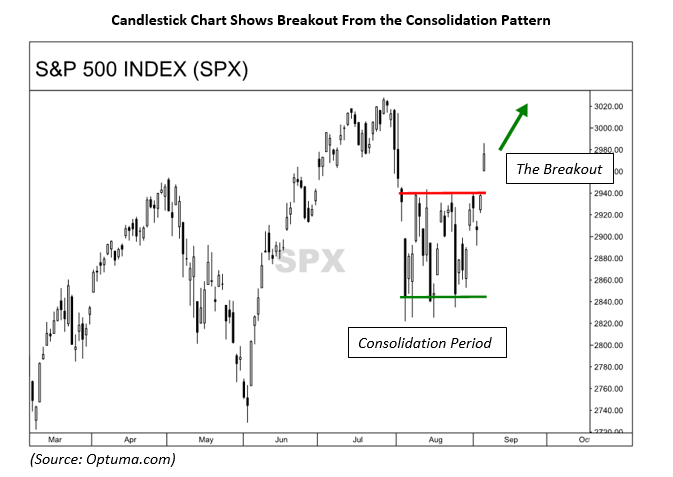 That lets me make an S&P 500 forecast prediction: The index will reach new all-time highs around the end of the month.

And if the rally stalls, we know the key level for support is at 2,940. If it breaks below that, look out. The market will be ready to fall even further.

The good news is that I don’t have to wait for these breakouts to occur to know what kind of trades to place.

I trust my system for that.

Throughout the surge of volatility in August, my system based on corporate earnings has remained bullish.

In fact, during the volatility, it was spitting out new call option recommendations.

Those were bullish bets on individual stocks.

And it was a bit nerve-wracking to jump into them with the uncertainty in the market. But it paid off quickly.

All five of the positions we entered since July 31 are up by double digits. Three of those are up more than 50%, and one hit a 100% profit.

One of my readers, Lawrence, reached out to let me know he made $33,000 in just three and a half days.

And the stock market confirmed what my system was already telling me: We have plenty more gains to come.

In fact, I’m going to have another trade this week. Click here to learn more about how you can join readers like Lawrence for our next quick-hit gain.

But the bottom line is that trusting your system pays off in the end. That’s how you stay ahead of the market’s major moves.

P.S. My readers pocketed 1,386% gains in a single day following one reliable system. And we’ve locked in several triple-digit gains every earnings season using my reliable “profit trigger.” Click here to find out how you can make big, quick gains in any market. 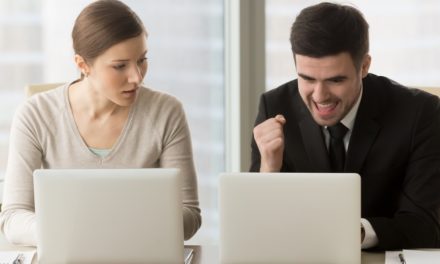 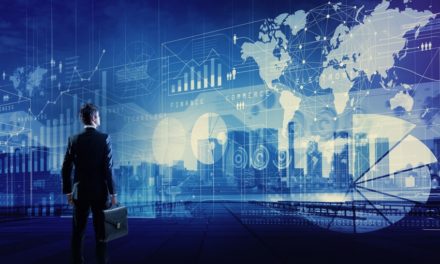 This Market Foreshadows a Recession — What You Need to Know