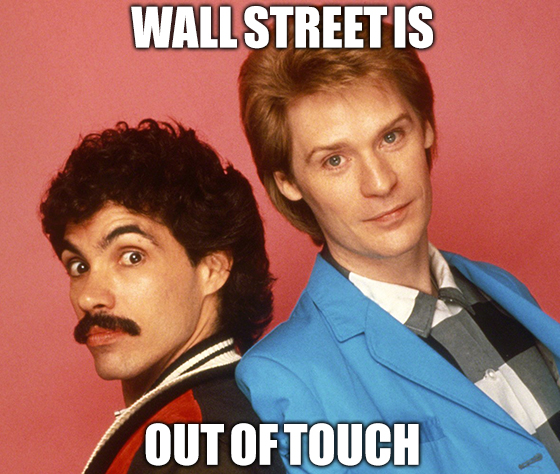 Out of Touch on Streaming

Shake it up is all that Wall Street knows. Using companies up as they go.

But those companies really matter to me. Take a look around.

Investors are out of touch with the streaming-device market, but they’re not out of time. (OK, I’ll stop paraphrasing Hall & Oates lyrics now.)

We’ll get to Great Stuff holding Roku in a minute. First, let’s take a quick look at the offerings from Facebook and Comcast.

Facebook has offered streaming content for a while. It’s currently not a serious contender, focusing mainly on user-generated content instead of blockbuster TV and movie deals. Facebook’s new Portal TV has the potential to give the company a gateway into streamers’ TVs.

That said, the device is mainly focused on video device chat. Sure, chatting on your 55-inch big screen gives Portal TV a very Star Trek feel, but it isn’t really in the same market as Roku. It also costs between $129 and $149, putting it well above most Roku offerings.

Comcast, however, is a much more serious threat to the streaming market … or, at least, it could have been. Yesterday (all my troubles seemed so far away), Comcast announced that internet-only customers would get the media-streaming Xfinity Flex set-top box for free.

Clearly, free is better than any other offering in the streaming-device market. But that freedom comes with several stipulations.

The first of those is that to get this free streaming box, you must be a Comcast internet-only subscriber. Currently, only about 9.5 million Comcast subs subscribe to only one service.

And it gets worse for Comcast from there.

Obviously, you must be in a Comcast market to get one of these free streaming boxes. You only get one free Xfinity Flex per household, and anything more will cost you. And while Netflix, YouTube, Prime Video and other popular streaming services are available on Xfinity, your favorites (such as Hulu and Plex, for instance) might not be there.

Finally, the nail in the coffin for Comcast: It’s been routinely voted one of the worst customer service experiences in the U.S. Having trouble with your Flex? Good luck. Just Google “Comcast customer service horror stories” if you want a few examples.

When you’re on top, everyone wants to tear you down.

The same axioms apply here with Comcast and Facebook. Roku is no stranger to lower-cost alternatives, as Amazon and Google know all too well. Both tech giants cut prices on their respective devices to gain market share. It didn’t turn out too well, as Roku controls 50.8% of the streaming-box market in the U.S.

Now, this isn’t to say that there aren’t some concerns for Roku investors. The stock is up a massive 300% so far this year. Can you say: “valuation worries”? Sure you can.

That said, Roku has seen revenue grow by an average of 41% per quarter in the past year. Earnings have risen at an even sharper pace, gaining 54.8% per quarter on average.

The important thing to keep in mind here is that Roku is only just beginning to explore ad revenue on its devices. Prior to this year, the company banked solely on device sales revenue and a percentage of app sales and purchases on its devices.

As the most popular streaming device on the market, its potential for ad revenue growth is significant.

Still, Roku shares needed a bit of a haircut given their extreme rise this year. The shares now appear evenly valued given the company’s potential for growth. If you didn’t get in back in May when I first recommended ROKU, now’s your chance. 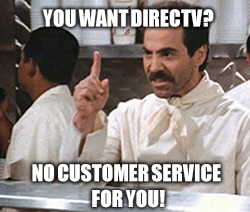 Activist investors get a bad rap in the financial media. The word “activist” alone has heavy negative connotations to it. But they can sometimes have a very positive effect on a company.

It’s no secret that AT&T Inc. (NYSE: T) is a hot mess. It just needed someone to step up and tell it so. Earlier this month, Elliot Management did just that.

As a result of Elliot’s pressure, ol’ Ma Bell is reportedly looking to spin off its ill-fated DirecTV unit. You may remember that AT&T was already trying to hide DirecTV by renaming the service AT&T TV Now after significantly raising prices — which resulted in a mass exodus of subscribers.

Seriously, what did it expect?

Selling DirecTV is the right move for AT&T. It doesn’t need a satellite system, cable TV system and a wireless system. It just adds unnecessary confusion to its already ridiculous service offerings.

Investors clearly agree, as T shares are rallying on the reported sale. AT&T could rally even more if it comes close to recouping the $49 billion it spent to acquire DirecTV back in 2015.

Better: As Safe as Houses 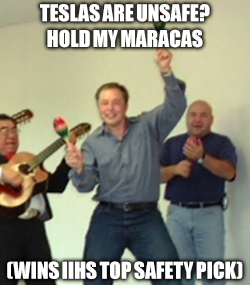 Tesla Inc. (Nasdaq: TSLA) is getting a little vindication today. The company has been targeted for months by mainstream media reports about how unsafe Tesla vehicles are — which were dishonest at best, since only 0.0001% of Teslas on the road have been in a fatal crash.

Now, Tesla is taking a victory lap. The Insurance Institute for Highway Safety (IIHS) just gave the Model 3 its highest rating of “top safety pick+.” How do you like that, Mr. Doubting Mustafa?

Tesla can put this award next to last year’s five-star safety rating from the National Highway Traffic Safety Administration.

Just remember, safety isn’t the main concern for Tesla. It’s got that angle all nailed down. But it’s profitability and production that you have to keep an eye on as a Tesla investor. 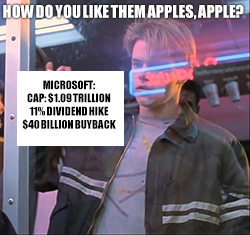 Analysts were quick to chime in, with Oppenheimer’s Timothy Horan telling clients: “Given $133 billion in cash (~$60 billion in net cash), the move to increase the dividend and share buybacks should be welcomed by investors.”

You think? Investors like getting more money? That’s some hard-hitting analysis there.

MSFT shares are poised to end the day up more than 2% on the news, but there should be more follow-through buying for Microsoft.

Flattery will get you … well, everywhere. Here is an example of great stuff from Chuck F.:

Best damn report I have read in 10 years. Please keep it up!

We’re riding high here at Great Stuff. Don’t worry, Chuck, I have no plans on stopping now. Thank you!

I’ve also received several amazing stock picking ideas, such as this one from Tony D.:

Hi. Take a look at Invitae Corp. (NYSE: NVTA). I’d like to know what you guys think of it.

I don’t have time to respond to all of these, but let’s take a quick look at Invitae for Tony. The company is a genetic information processing firm with about a $2 billion market cap. It specializes in tests for hereditary disorders, including cancer, neurological and cardiovascular disorders.

Like most smaller biotech firms, Invitae has yet to turn a profit, but revenue is growing at an average clip of more than 50% per quarter — not too shabby. However, the stock has recently taken a hit due to an earnings miss and a pair of senior note offerings (i.e., the company is taking on debt).

This isn’t necessarily a bad thing, especially for a cutting-edge biotech firm. However, it’s still too early to tell if the company has a clear path to profitability.

I like to think of investing in small- to mid-cap biotechs like investing in stock options. They have significant potential for return, but only if you have the stomach for the volatility and risk involved.

Thanks for your question, Tony!

Great Stuff readers, you’ve been kinda quite lately. With the volatility in the market, it’s understandable.

But that doesn’t mean you can slack off! 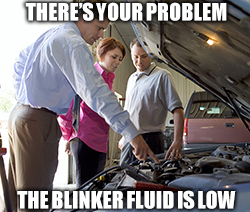