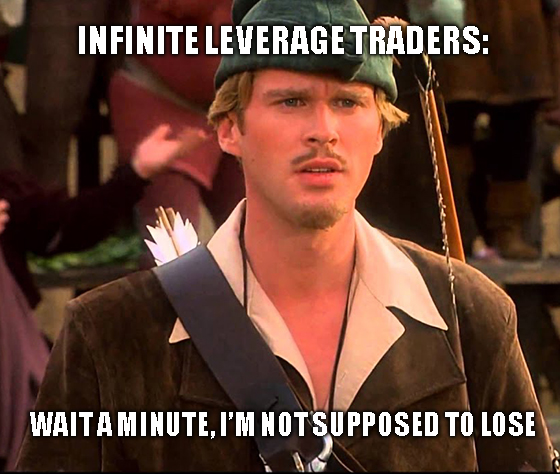 The ancient Greek mathematician Archimedes once wrote: “Give me a lever long enough and a fulcrum on which to place it, and I shall move the world.”

Now, before you get worried that I’m going to drone on about ancient Greece, this quote also applies to investing. A modern-day Archimedes focused on trading and portfolio gains could have easily said: “Give me enough leverage and a platform to trade on, and I shall move markets.”

“Leverage” is what you get when you use borrowed capital for an investment. Leveraged investments are common — especially in the options market — with many investors trading on margin accounts to maximize their returns.

But leverage is a dual-edged sword. If it’s overused, it can literally crash markets … just look at the 2008 financial crisis if you need proof.

This is where the popular discount trading platform Robinhood comes in. This past week, members of the Reddit trading group WallStreetBets discovered a loophole in Robinhood’s risk management software. They’re calling it “infinite leverage” or the “infinite money cheat code.” (Does this look like a game to you?)

Several users have reported getting 25x, 100x and even 500x leverage in their Robinhood trading accounts. User ControlTheNarrative said that he turned just $2,000 into $50,000 worth of stock using this loophole.

Another user, Call_Warrior, bragged this morning that he turned $50,000 into $1.7 million in Advanced Micro Devices Inc. (Nasdaq: AMD) stock and $1.6 million in sold AMD calls. That’s just over 500x leverage!

So, how did these Redditors accomplish this frightening feat of leverage? With a very simple and repeatable process:

This does not happen in the real world. Any normal (read: functioning) brokerage firm would have you pay back your margin loan in step 3. Or, it would notice that you still only have $1,000 in equity and wouldn’t lend you more money on margin.

There’s another version of this process involving buying stock and selling call options (i.e., the one that Call_Warrior used for 500x leverage). Bloomberg Opinion writer Matt Levine explained it in detail in an excellent article yesterday.

I know Great Stuff readers aren’t as crazy as the WallStreetBets crowd, but I feel I should say this loud and clear: Do not use this loophole.

It will end very badly for you. Also, if Robinhood doesn’t eventually deal with all this nonsense, the Securities and Exchange Commission likely will.

For its part, Robinhood has said it is aware of the problem, and I would expect a fix to come in sooner rather than later … much like how it banned box spreads after a similar issue in January.

To get a better perspective, I reached out to the Banyan Hill experts for their thoughts on “infinite leverage.” Michael Carr, editor of Peak Velocity Trader and Precision Profits, sent me this gem:

Robinhood’s system allows traders to do things they should be able to do. It would take evil intentions to leverage up by 50x in these accounts, but 10x is an honest mistake for unsophisticated traders.

It’s as if Robinhood is pushing chairs next to hot stoves, and when a toddler touches the hot stove, it blames the toddler.

Satan’s playground, indeed. Many of the comments over on WallStreetBets are clamoring for the “lulz,” with some believing they could even take down Robinhood with this exploit. One commenter even wondered if they could force Robinhood into a “hostile takeover” of a small company by leveraging enough of its shares.

“The exchange will bust trades on illiquid stocks before that happens,” says Michael.

In the end, I guess, some people just want to watch the market burn. 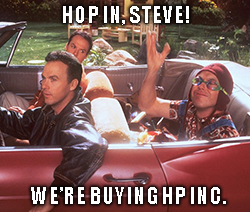 It’s the most exciting thing to happen to printers and copiers since the laser printer — and who wasn’t on the edge of their seat for that moment in time!

What am I talking about? (Seriously, though, even I forget sometimes.)

I’m talking about Xerox Holdings Corp. (NYSE: XRX) making a bid to buy HP Inc. (NYSE: HPQ). The details are practically nonexistent at this point, with only CNBC and The Wall Street Journal confirming the offer, but Xerox has reportedly made a cash-and-stock offer for HP.

Analysts believe the tie-up could save a combined company more than $2 billion in expenses. Just imagine the savings on toner and ink alone! That stuff’s more expensive than gold.

Neither HP nor Xerox have commented on the news.

There is one thing that’s bothering me, however. Xerox has a market cap of about $8.05 billion compared to HP’s $27.27 billion.

You ever see a garden snake swallow a watermelon? That’s the mental image I’m getting here.

Despite the lack of confirmation, XRX is up more than 1%, while HP has soared nearly 12%. 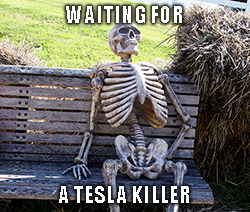 If you follow the electric vehicle (EV) market, you’ve probably noticed that Chinese “Tesla killer” Nio Inc. (NYSE: NIO) has gone on a tear this week. At one point, NIO was up more than 56% since the start of November.

The reason: Nio signed a deal with an Intel Corp. (Nasdaq: INTC) subsidiary for driverless-car technology. According to Nio: “This self-driving system will be the first of its kind, targeting consumer autonomy, engineered for automotive qualification standards, quality, cost and scale.”

Cost and quality? Interesting. Nio could certainly use a great deal of help on both of those fronts. Back in September, Nio reported that its losses surged 80% year over year. A large part of those losses was vehicle recalls, which prompted EV margins to plummet to -24%.

In short, it doesn’t matter right now how many EVs Nio churns out or what kind of driverless technology its vehicles sport. The company is losing $0.24 on every dollar it spends on making these vehicles. Even Tesla at its worst was never anywhere near this bad. But then, Tesla didn’t have direct government backing.

Investors are apparently connecting the dots this morning, as NIO shares are down more than 12% after their recent run higher.

The Ugly: Boots on the Ground 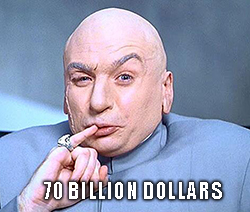 The company is at the center of the biggest leveraged buyout (LBO) in history … $70 billion, to be exact. Leverage is apparently the theme for today.

But what started out as a celebration on Wall Street has quickly turned into a debt-fueled hangover. “It’s a great story until you do the math,” says Deutsche Bank. The financial giant said that financing issues would probably scuttle the deal before it got going.

Raymond James also highlighted the risks of going private, saying such a large deal was unlikely due to “the sheer size of the transaction, the lack of real estate ownership and the declining fundamentals.”

Speaking of fundamentals, Walgreens reported last month that fourth-quarter profits plummeted 55% to $677 million. Going private would certainly help get its drugs in a row, but who’s going to pony up the cash for a $70 billion LBO?

You might remember that when Bain Capital took market research firm Kantar private in July, it had to line up 11 separate banks just to come up with the $3 billion it needed for a debt package.

How many banks would you need to cobble together $70 billion? You’d probably have more success counting the licks it takes to get to the center of a Tootsie Pop. 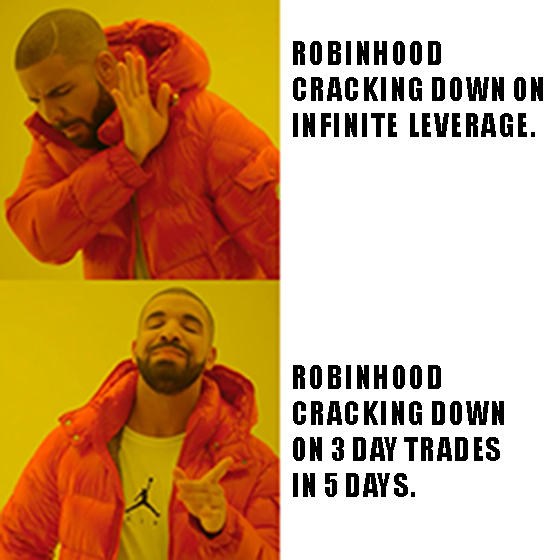 The meme speaks for itself. Robinhood is quick to crack down on day traders exceeding their limit, but this infinite leverage thing? Crickets so far.

Great Stuff: You Get What You Pay For

Commission-free trading … Robinhood popularized it and Charles Schwab kicked off the revolution.

Now, every major discount broker is advertising zero commissions on trades. But is free really worth it?

Before the “infinite leverage” debacle broke, Michael Carr (remember Michael from above?) dove into the plethora of reasons why you would do better by paying for a full-service brokerage instead of taking the free route.

Michael has this uncanny ability to get in on information ahead of the crowd. And in his article, “Avoid Zero Commissions: 3 Benefits of Paying a Full-Service Stock Broker,” he lists … well, three reasons to pay for a broker.

I guess you gathered that from the title, huh?

So, if you want to find out why professional investors aren’t jumping on the zero-commission bandwagon, Michael’s article is a must-read.

Now, I was going to round this out with a grandiose pitch for Michael’s Peak Velocity Trader service. But, since Michael has such a way with words, I’ll let him do the talking.

So, here you go: Click here to find out about Peak Velocity Trader straight from Michael Carr.