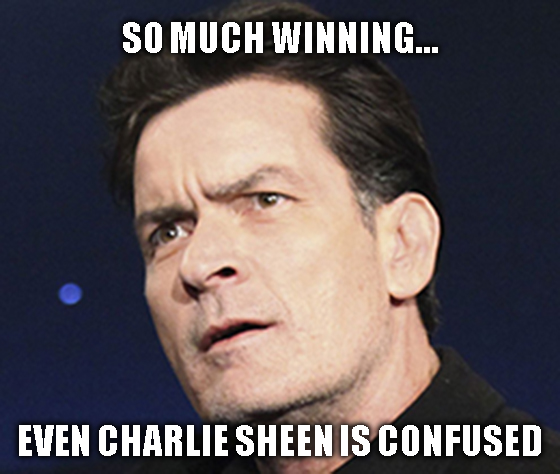 Here’s your question for the week: Who’s winning the U.S.-China trade war?

We’ve seen plenty of updates in the past 48 hours on U.S.-China trade relations, with many Wall Street pundits claiming “progress” in negotiations. This progress is why the markets are rallying, after all.

This first bit of news arrived on Monday from U.S. Commerce Secretary Wilbur Ross. (I wonder if he owns a talking horse?) According to Ross, trade negotiations are “very far along” and “making good progress.” He also noted that the White House would start issuing Huawei Technologies licenses to U.S. companies “very shortly.”

This morning, hopes for a trade deal rose even further after The Wall Street Journal reported that the U.S. is considering removing tariffs on $112 billion in Chinese goods in order to seal a “phase one” deal.

Both the U.S. and China have reportedly agreed in principle on the “phase one” deal, which includes agreements for China to purchase U.S. agricultural goods.

Next up, we have Chinese President Xi Jinping himself promising to make markets more open to foreign investors. In a speech at the China International Import Expo, Xi pledged to “expand market opening,” but offered little in the way of details.

Going over the data presented in the past couple of days, the answer appears to be China.

Before you start booing, look at the reports — including the old reports. On October 14, President Trump tweeted about China’s promise to buy $40 billion to $50 billion in U.S. agricultural products. This was reportedly a done deal, according to U.S. officials.

Chinese officials, however, failed to mention the deal.

Now, we’re hearing the same promise of Chinese agricultural purchases, but this time tied to the removal of tariffs. If this was the U.S.’s plan all along, we would have heard about it. Now, there appear to be fresh concessions on the U.S. side.

What’s more, U.S. officials have also suggested that they may get rid of another $160 billion in tariffs on Chinese goods (set to go into effect on December 15) if the “phase one” deal is signed. That’s also in addition to the delay of the existing tariff hike from 25% to 30% on $250 billion in Chinese imports.

Recap: To entice China to buy up to $50 billion in U.S. agriculture products (which Trump said China already agreed to) and reportedly implement rules for currency manipulation and intellectual property, the U.S. wants to ditch tariffs on $272 billion in Chinese goods and get rid of a 5% hike on existing tariffs.

Admittedly, we are extremely short on details here — par for the course for this trade war. But, I’m not sure how much “winning” is going on with this “phase one” deal.

President Trump has been unusually quiet on U.S.-China trade relations. But, then, the House of Representatives has him a bit preoccupied with other things right at the moment.

However, this preoccupation shouldn’t be an issue for Trump. Trade wars are easy to win, after all.

The Good: Climbing a Mountain of Loss 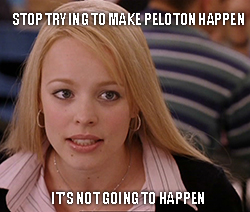 Peloton Interactive Inc. (Nasdaq: PTON) gave investors something to cheer about this morning. The company beat both top- and bottom-line estimates in this morning’s quarterly report. Revenue more than doubled from last year, and losses narrowed to a mere $49.8 million.

The stationary bike and treadmill maker also reported that paid subscribers more than doubled year over year. Peloton’s biggest revenue stream is paid subscribers, who shell out $39 per month to stream classes to the little screens on their fitness equipment.

PTON is set to rise more than 6% on the report. Despite the gain, the stock is still trading well below its initial public offering (IPO) price of $29 per share.

Overall, I still think Peloton is more of a health fad than a company. If you want to know how fickle the U.S. consumer is about health fads, just visit your local gym in January … and again in April.

Or ask Under Armour Inc. (NYSE: UA) about the “athleisure” fad. 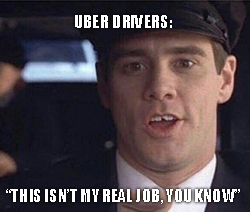 From one underwhelming unicorn IPO to another…

Uber Technologies Inc. (NYSE: UBER) also entered the earnings confessional this morning, and I think it made the priest blush.

The company reported a net loss of $1.16 billion on the quarter. There were some caveats to this headline figure, such as it was down from a $5 billion loss last quarter and included $401 million in stock-based compensation.

The loss was also lower than expected, coming in at $0.68 per share versus analyst targets for an $0.81-per-share loss. Revenue also topped expectations, rising to $3.81 billion.

But billions in losses are still billions in losses. And investors can’t look past that fact this morning. Nor should they, especially when CEO Dara Khosrowshahi (say that three times fast, I dare you!) targeted profitability by 2021.

That’s two years down the road. Uber is already projecting a loss of $2.8 billion to $2.9 billion for 2019. Are Uber’s investors supposed to prepare for billions more in losses until 2021?

And then we have legislation in California and New York City that promises to make operating in those key locations more expensive for Uber.

The Ugly: Dancing in the Desert, Blowing up the Sunshine 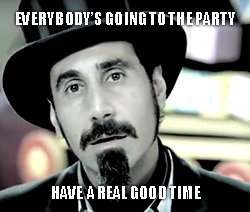 The most anticipated IPO of the past 10 years is almost here, and everybody’s going to the party … have a real good time.

Oil giant Saudi Aramco is reportedly the most profitable company on the face of the planet. Initial valuations indicate that Aramco is worth between $1.6 trillion and $2.3 trillion. That’s trillion with a T.

Those figures come directly from the banks underwriting the IPO: Goldman Sachs, HSBC and BNP Paribas. BNP Paribas was oddly specific in its valuation of Aramco, putting it at exactly $1.424394 trillion. Weirdly precise figure … but, whatever.

Sure, Aramco is wildly profitable, but when you have a literal crown prince running the show, are you going to buck his beliefs on valuation too hard? For the record, Saudi Crown Prince Mohammed bin Salman strongly believes that Aramco is worth $2 trillion, but he’s reportedly willing to accept a valuation a bit below that target.

“So, Mr. Great Stuff, this sounds like a wonderfull deal to get in on! It’s got princes, oil and trillions of dollars. Why are you harshing my IPO buzz?”

Maybe I’ve read too much Game of Thrones … but do you know what princes do to people who cross them? Depending on which reports you read, Salman may or may not be the real-life incarnation of King Joffrey Baratheon.

Which leads me to today’s Great Stuff Quote of the Week:

For today’s Quote of the Week, we have Banyan Hill expert Ted Bauman, editor of The Bauman Letter. Ted weighs in with his opinion on the Saudi Aramco IPO — and why you should seriously reconsider chasing this particular unicorn:

Before investors get too excited about the Saudi Aramco IPO, they should pause to consider three things.

First, the “whisper” valuation for Saudi Aramco was between $1.2 trillion and $1.4 trillion. In IPO politics, a company’s owners always want the highest possible valuation. The banks that want to manage the IPO for fee income therefore have an incentive to inflate the valuation to get the owner’s business.

Once a specific bank wins the deal, they then typically talk down the valuation with the owners to a more realistic level. It’s not clear that that’s going to work with Mohammed bin Salman.

He’s a guy who is used to getting what he wants. That means Saudi Aramco could end up going to IPO at a significantly higher valuation than it’s actually worth.

Second, the chatter in the industry is that both Mohammed bin Salman (MBS) and the banks expect to deal with this discrepancy between price and value for Saudi Aramco by relying primarily on domestic Saudi investors in the IPO.

That will probably work, but only because MBS has unfettered ability to threaten wealthy Saudi investors with everything up to and including death. I’m sure lots of corporate executives heading into an IPO would like to have that kind of power to artificially inflate their IPO price, but MBS actually does.

Again, that suggests Saudi Aramco will probably launch at an excessive valuation.

Third, Saudi Aramco’s actual value as a business is under severe threat. Aside from a few holdouts, practically the entire planet is aware that fossil fuels are an existential threat to humanity’s position on the planet.

Not having seen the IPO prospectus myself, I’ve no way of knowing whether reductions in fossil fuel use are factored into the IPO valuation, but I’d be willing to bet that they aren’t. Who’s going to tell MBS that his kingdom’s No. 1 export is on a path to nowhere?

All of this suggests that ordinary retail investors should stay away from this IPO until the smoke clears.

Click here to see more of Ted’s down-to-earth analysis and investment advice — including the secret to endless income. You won’t regret it!

You have just two days left to get your questions, comments or snide remarks in for Great Stuff’s weekly Reader Feedback.

Have you sent me anything this week?