I was strolling through the meat aisle at the back of the store looking for sales.

The prior two weeks I saw similar deals. Cuts of pork for half off.

Pork loins, shoulder and my personal favorite, St. Louis ribs, were all rotating through sales. A sucker for BBQ and bargains, I knew what was going on the grill this weekend.

The flurry of sales isn’t an accident. It’s a side effect of the global trade war.

The trade war started when Washington, D.C. slapped tariffs on solar panels and washing machines in January. What seemed minor enough at the time sparked a tit-for-tat tariff match between the U.S. and China.

At last count, there are $250 billion worth of Chinese goods marked for new tariffs. China is running out of goods to tax from the U.S., with $130 billion already set to roll out in the coming months.

Canada, Mexico and the European Union were thrown into the fray, with everything from cars to milk seeing higher import taxes to the U.S.

American pork farmers were hit with a double whammy. Mexico targeted pork with a 20% tariff. China followed up with a firmer 60% tariff.

This was a blow to hog farmers. Mexico and China accounted for 86% of American pork exports in 2017.

Mexico and China will source much of their pork from other nations due to higher tariffs. 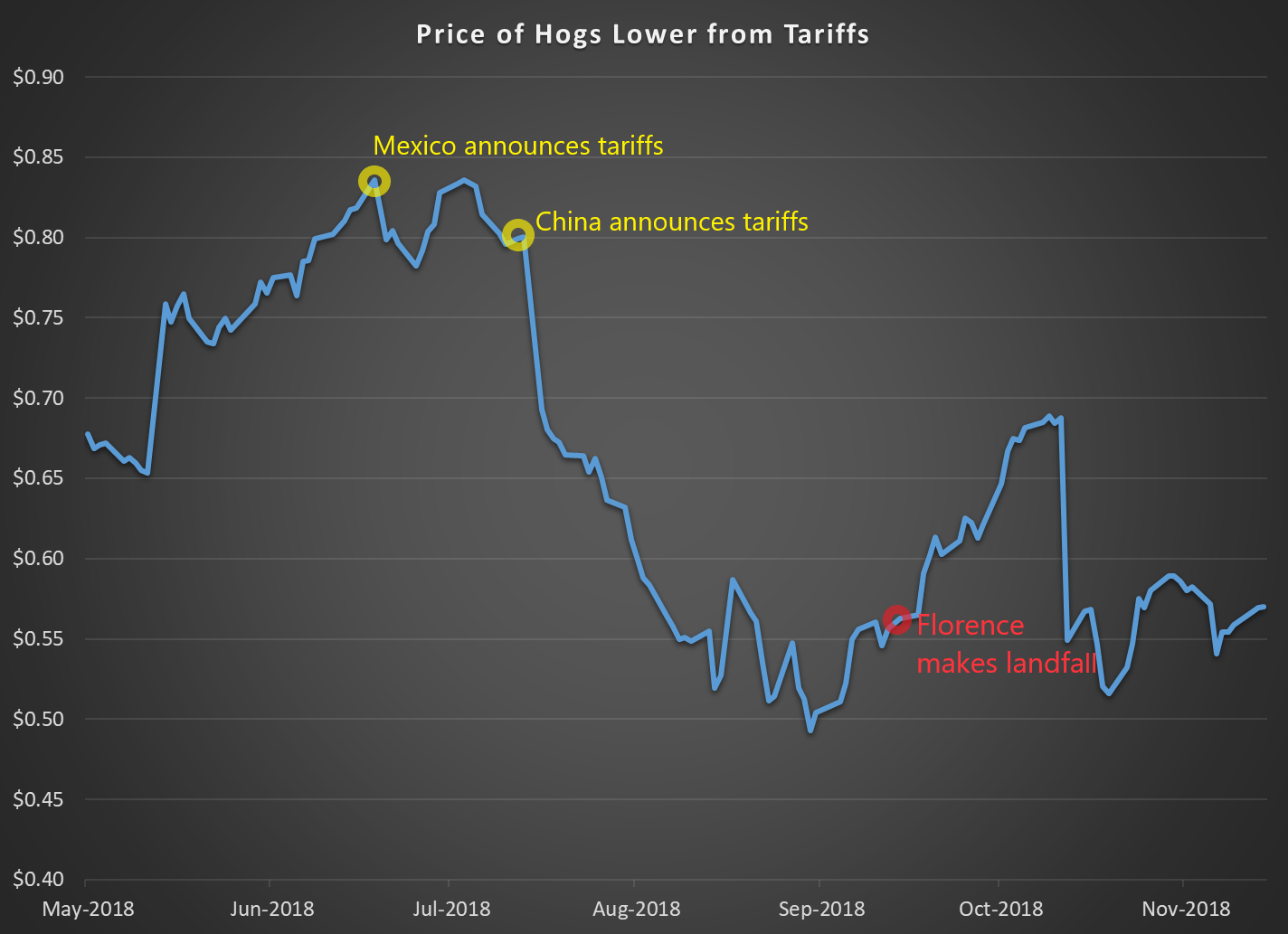 As production recovers from the effects of Florence, prices are likely to sink even lower.

But I’m not alone in noticing the attractive price of pork as of late.

Americans are turning their backs on chicken for the other white meat.

As long as the trade war continues, look for cheaper pork to become a more central piece of menus.