Home » American Investor Today » Is a Recession Coming or Not? 4 Contrarian Indicators to Watch

Investors will start howling about a U.S. recession the next time the market shows signs of weakness.

Don’t fall for it — be ready to pounce instead.

The business cycle in the U.S. is nearing an end. And it could turn down as soon as this year.

But it’s not over yet.

The business cycle depicts the rise and fall of economic growth over time. We use it to get clues about price trends.

Several business cycle indicators point to a still-stable U.S. economy, and they are more balanced than financial media leads us to believe.

They give us a reason to look for a new buying opportunity.

At this point, we should expect the market to rally before a recession slows it down.

I’ll explain in a moment.

But first … let’s go over the indicators that signal a recession.

What May Slow Down the Rally

The yield curve compares interest rates across bond contracts that mature at different points in the future.

Maturities range from as short as one month to as long as 30 years.

The comparison between yields on two-year and 10-year maturities is the most popular one to follow.

It is not perfect, but an inverted yield curve — when the two-year yield surpasses the 10-year yield — is correlated with recession.

When short-term rates rise, investors perceive tighter financial conditions in the near term.

While long-term rates sink, investors doubt the long-run potential for the economy.

When the Federal Reserve hikes interest rates, it makes it costlier for banks to borrow money.

This can reduce lending.

As a result, growth expectations fall.

This increases the risk of parking money in bonds because longer-term yields — what investors can earn on longer-duration contracts — are dropping.

Back in 2007 was the last time two-year rates rose above 10-year rates — the economy entered a recession the following year.

Today, the two-year and 10-year spread is not inverted.

The unemployment rate is a more reliable recession indicator than the yield curve.

But it doesn’t get as much attention.

You see, the Federal Reserve tracks the natural rate of unemployment.

The natural rate is the ideal level for unemployment because it helps the economy grow but doesn’t cause it to overheat.

Wages, for example, increase as the economy drops below the natural rate of unemployment. This can fuel inflation and an economy that’s running too hot.

The Fed estimates the natural rate of unemployment to be around 4.6%.

On average, a recession follows seven months after unemployment bottoms out.

If history is a guide, unemployment suggests that the economy peaked and requires caution.

However, the outlook is encouraging…

Don’t Bet on Recession Yet

The following indicators suggest the economy is stable and recession warnings are premature.

The level of LEI sheds light on what’s ahead for the economy in the next six months.

So, it’s correlated with growth and recession expectations.

That’s good — LEI can rise and fall plenty before we should become concerned.

It measures lending standards on consumer and industrial loans.

Less new activity is a sign that the business cycle is peaking.

When the survey of lending conditions exceeds 20%, it becomes a headwind for the economy.

That means bank lending conditions remain supportive for the economy.

What to Do When You Don’t Know

People hate it when uncertainty rises.

The outlook for the economy has two sides — as I outlined above.

And every trade has two sides: a buyer and a seller.

When sellers are more motivated to sell than buyers are to buy, the prices fall.

And once they do, the buyers see value and become more motivated to buy.

That’s what we are seeing in January. Buyers are returning, and stock prices are rising.

This trend should continue in the coming months. And the balance of economic indicators still supports that view.

It is a great time to add exposure to stocks.

Look to natural resources, energy, materials and utilities. These sectors do well in the late stages of the business cycle. 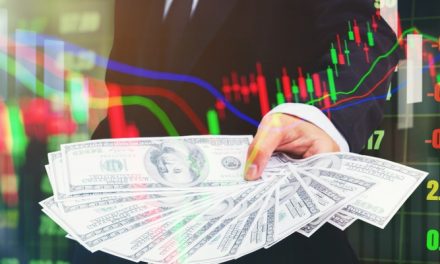