Home » Investment Opportunities » How to Use The ‘Platform Investing’ Trading Strategy

Back in my days as a financial reporter for Nightly Business Report on PBS, I almost never covered breaking news. If there was a hullabaloo in New York about some hedge fund that blew up, or a new financial regulation proposed in Washington, that wasn’t my realm.

My role was a simple one: Do stories on investment trends.

And doing those stories, I believe, was one of the key reasons why I became a successful investor.

How so? Well, trends are not, by definition, new. So how do you build an interesting story on a trend everyone already knows about?

You look for the hidden story — the story behind the story, if you will.

So I developed a technique I call “platform reporting” to map out my story ideas.

The Power of the Platform

I didn’t realize it early on, but this is the same kind of work that hedge funds engage in when they’re looking for new stock ideas. Profits Unlimited Editor Paul Mampilly (a former hedge funder himself) uses a similar technique as he follows investment mega trends and looks for profitable opportunities.

So here’s a basic example…

I was honored years ago to be nominated for a Business Emmy award. It was for a series of stories I did on the nation’s infrastructure problems — bridges in need of repair, overcrowded roads, outdated sewer plants and all the rest.

How would you turn that trend — degraded infrastructure — into solid investment ideas?

Think of “infrastructure” as a platform. Write it down on a sheet of paper, and draw a box around it.

So what’s the first thing you’d need to fix the infrastructure problem?

The first thing is money (lots of money). Write it down in a smaller box next to your “infrastructure” box.

Are regulators authorizing rate hikes for water utilities around the nation, for instance? There’s your first clue as to whether there’s an opportunity at hand in that particular sector. But there’s more…

You take those ideas and write them down as little boxes around your larger “infrastructure” platform box.

But you can delve even deeper…

And on and on it goes. There are publicly held companies selling goods or services for every little box on my infrastructure platform diagram.

That’s just the start, of course. The next part is investigating those companies and reading their quarterly reports. Suppose one of them just developed a new digitally controlled hydraulic valve, with sharply rising sales as a result. You’d never know (unless you’re in the industry itself).

The point is, investment opportunities exist everywhere, at all times. Using my “platform investing” technique will help you uncover your own ideas and turn investment trends into potential profits. 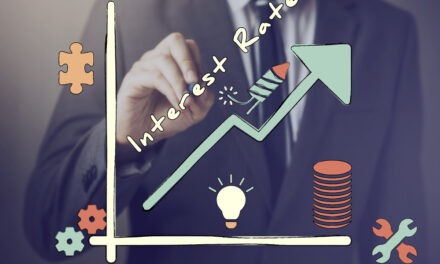 How to Tell When a Bubble Starts