Home » Great Stuff » McFired, Under Armour Stumbles and Melting Up? 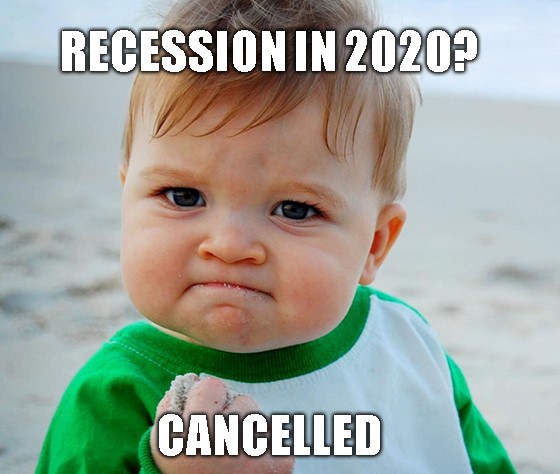 Optimism is an infectious thing — especially in the stock market.

It’s OK to be optimistic when earnings reports arrive above expectations or economic reports come in stronger than expected.

Coming off a week where we had both, you’d expect to see some heady optimistic rhetoric from the financial media. But the headline I read this morning from Yahoo Finance made my Spidey sense tingle: “Stocks have canceled the 2020 recession.”

The article’s premise is simple: Stocks are up, so the economy is good.

Despite manufacturing activity hitting a 10-year low, warning signs on the hiring front from businesses, waning consumer confidence and a rate cut from the Federal Reserve, the stock market is up.

That’s it. That’s the reasoning. The article also cites the stronger-than-expected October jobs report, which analysts believe offset many of the aforementioned economic issues.

Fundstrat’s Tom Lee takes things a bit further. Taking a broader view, Lee states: “It looks like the economic outlook in 2020 should be an improvement over 2019 — this is in contrast with consensus expectations/positioning that the U.S. economy is about to tip into recession. Hence, we expect a risk-on rally into [year-end].”

A risk-on rally into the end of the year. That’s an interesting concept. It’s also one that another financial headline dealt with this morning.

Over on CNBC, Edward Yardeni — president of Yardeni Research (who didn’t see that coming?) — warned that a “market melt-up” is a real risk for stocks as they hit fresh highs.

Yardeni’s reasoning for this? Stocks are up.

Well, it’s more complicated than that. Yardeni is looking at the S&P 500 Index’s forward earnings multiple — how much earnings are expected to grow down the road. Right now, that multiple sits at 17, above its historical average of 15 to 16. If that reading rises to 19 or 20, a “nasty correction” could happen, Yardeni warns.

Basically, what Yardeni is talking about is a sharp rise in bullish market sentiment — one that isn’t justified by financials. This is the basic premise behind a market “melt-up.” With stocks near all-time highs, investors have a fear of missing out (FOMO) on returns.

This fear turns to buying, which sends stocks even higher. Which, of course, leads to more buying and more FOMO. You can probably see where this is going.

Once this FOMO euphoria finally fades, the profit-taking begins. And since the rally was based on sentiment instead of fundamentals, stocks crash hard.

“So, Mr. Great Stuff, what am I supposed to do about all this market melting? Thinking about it is melting my brain!”

I’m so glad you asked!

What you need are strong hands to guide you through this market sentiment insanity. You need a steady, reassuring voice that can cut through both the market hype and the market fear.

You need Banyan Hill expert Paul . Paul’s steady hand in market downturns and uncanny analysis during growth periods have already helped many of his subscribers realize massive gains — despite this year’s tumultuous market.

I know many Great Stuff readers are already Paul subscribers, but if you aren’t, now’s your chance!

Click here now to find out about an exclusive opportunity in a $3.1 trillion tech revolution.

The Good: And Don’t Call Me Shirley 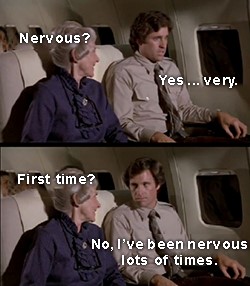 You might be thinking: “Surely you can’t be serious!” I am serious … and don’t call me Shirley.

The deal includes $4 billion in cash and the assumption of $1.4 billion in Wright Medical debt. With this move, medical device giant Stryker will significantly bolster its orthopedic division. Wright makes orthopedic implants for shoulders, elbows, wrists, hands, arms and feet, including the ankle.

According to Stryker: “This acquisition enhances our global market position in trauma and extremities, providing significant opportunities to advance innovation, improve outcomes and reach more patients.”

Wright shares are up more than 30% on the news and could rally further, as the deal represents a 52% premium to yesterday’s close. Stryker, meanwhile, has shed nearly 4% following the deal.

With today’s decline, SYK is down nearly 8% from its October highs. Given the optimism surrounding the Wright acquisition, this may be a buying opportunity for SYK bulls. 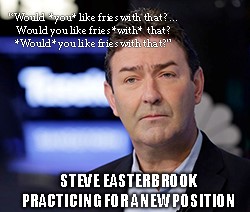 It’s a common saying when someone gets fired from a high-profile job and ends up back on the market. But former McDonald’s Corp. (NYSE: MCD) CEO Steve Easterbrook can’t even say that … unless he goes to Wendy’s or Burger King.

Unfortunately for McDonald’s investors, MCD shares more than doubled under Easterbrook’s leadership. So, the surprise announcement of his firing was a bit of a shock.

Former president Chris Kempczinski is taking over as chief burger-flipper for the foreseeable future, according to the company.

So far, MCD is down nearly 3% on the news, adding to the stock’s more-than-14% decline from its August highs. Whether this is an opportunity or not remains to be seen, given that MCD prospered under Easterbrook’s leadership. Investors should consider this a hold for the time being.

The Ugly: You Can Run on for a Long Time 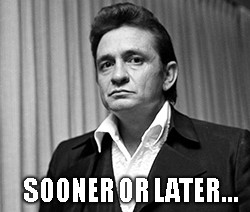 Sooner or later, the Feds will cut you down … as Under Armour Inc. (NYSE: UA) is finding out the hard way.

The company confirmed this weekend that it’s under investigation by both the U.S. Department of Justice (DOJ) and the Securities and Exchange Commission (SEC). Accounting practices are at the center of both investigations.

Under Armour believes that its accounting practices are above the board, but the DOJ is conducting a criminal investigation alongside the SEC’s civil investigators. Both the SEC and the DOJ have declined to comment on the matter.

The period receiving the heaviest scrutiny is between 2016 and 2017, when Under Armour went through three different chief financial officers. The company has been in turmoil for a few years now, struggling to compete with Adidas and Nike as consumer demand for performance sports gear declined.

UA has plunged more than 14% on the news … what little of it there is. And that leads me right into today’s Chart of the Week. 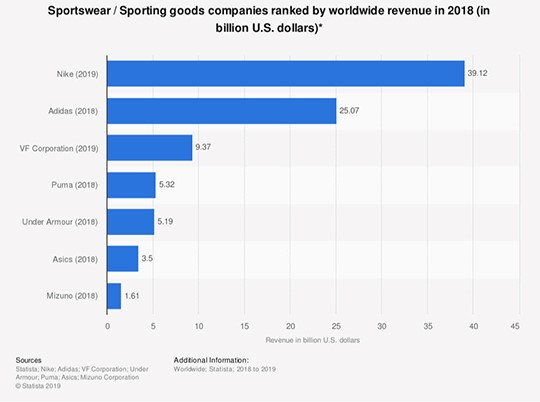 You can see from the chart above just how badly Under Armour is struggling. Last year, the company was fifth in worldwide revenue — behind Puma, for heaven’s sake. Puma! That’s like the Kmart Starter of sports goods … or it was back in my day. I think celebrities are wearing Puma now.

It just proves the point that the “athleisure” trend in sportswear that vaulted Under Armour into prominence is now dead. It has been for a few years now, and no amount of creative accounting is going to bring it back.

Great Stuff: The End Is Near, My Precious

Another precious metal has performed even better … but that rally may be coming to an end.

I’m talking about palladium. Right now, palladium is worth more than $1,800 an ounce. As Banyan Hill expert Matt Badiali pointed out today, that’s 19% higher than gold!

Now, you might be thinking that market volatility is far from over, so why should you sell any precious metal right now? The answer, says Matt, lies with diesel.

Yes, diesel … that fossil fuel famous with big trucks that like to “roll coal” on hybrids and electric vehicles. Some say that with every roll-coal black cloud, a new sheet of urinating Calvin stickers is printed out. But I digress…

How does diesel affect palladium prices, and why should you sell now?

I’ll let Matt give you the details. Just read: “Palladium: More Precious Than Gold Today — but the End Is Near.”

Now, if you really want to know where to put your cash when investing in precious metals, Matt has the inside line on a “magic metal” that can do wonders for your portfolio.