This Oil Sector Is Way Too Cheap Right Now

In April 2010, the drilling rig Deepwater Horizon exploded and sank while drilling British Petroleum’s Macondo well in the Gulf of Mexico. Somewhere around 4.9 million barrels of oil leaked into the Gulf of Mexico, causing a massive ecological and economic disaster.

The federal government put a six-month moratorium on deepwater operations in the Gulf of Mexico,  halting operations at 33 drilling locations. By July 2011, drilling permits fell by 71% from their historical average.

The offshore oil industry all but collapsed. ATP Oil & Gas, a successful offshore oil company, went bankrupt because it couldn’t complete wells that were worth billions of dollars. Oil production in the Gulf of Mexico collapsed from 1.7 million barrels per day in February 2010 to a low of 1.1 million barrels per day by September 2011. That’s a 35% decline in oil production in just over a year.

Today, this critical subgroup of the oil industry has been left for dead. It is so cheap that it’s trading for pennies on the dollar. We should make double- or even triple-digit gains as its stocks catch up with reality…

The Return of Offshore Oil

After four years of decline, oil production began to recover in 2014. The latest data available, from January 2017, shows that the Gulf of Mexico produced 1.75 million barrels of oil per day — the most ever. 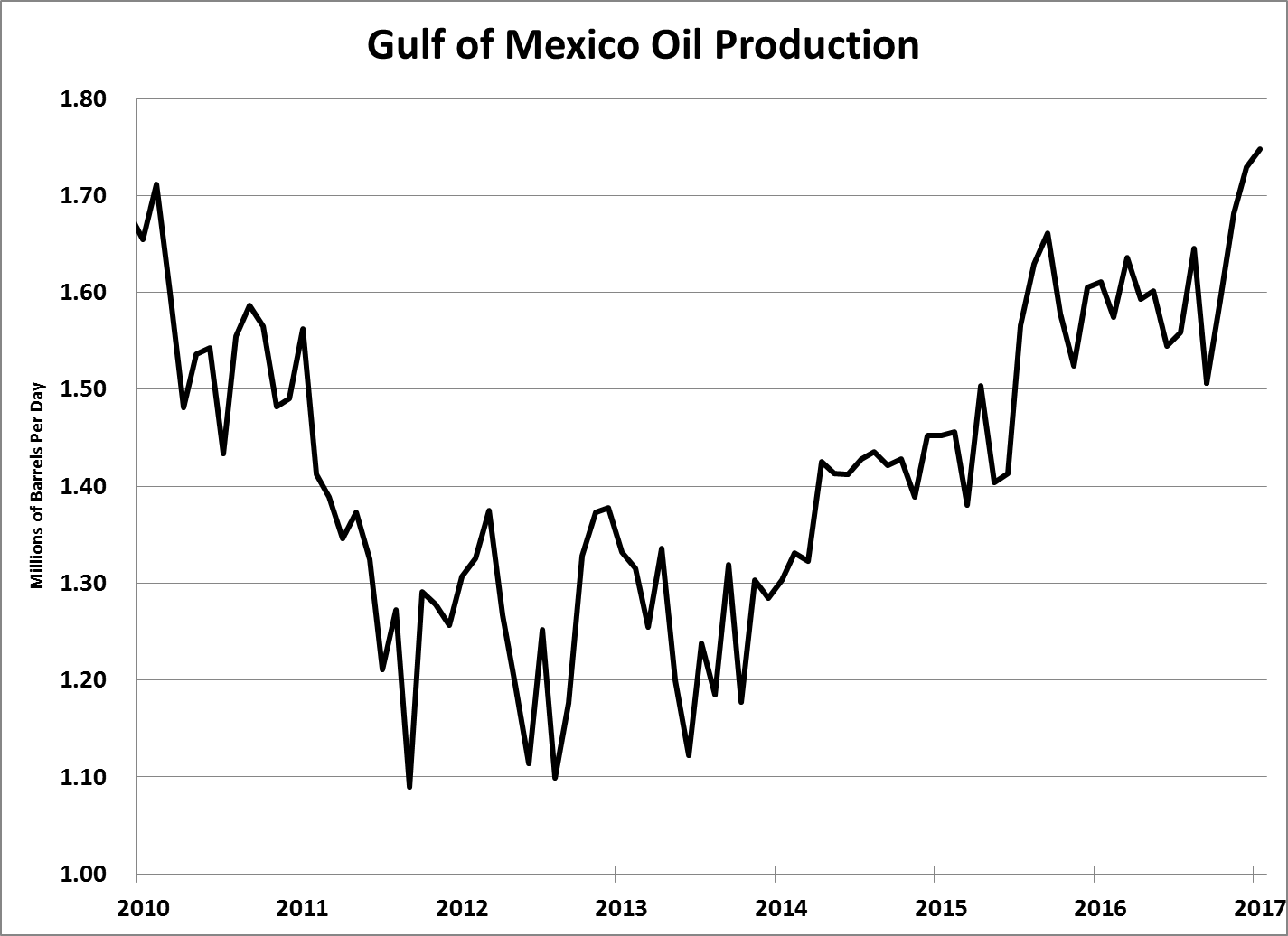 However, the offshore service industry has yet to recover. Some of the largest drillers in the industry, such as Transocean and Diamond Offshore, are sitting at historic low prices today.

The best way to tell that these companies are undervalued is to compare their stock prices to their book values. Book value for drilling companies is, at its simplest form, a liquidation price. If you could buy a company and sell its drill rigs, the money you would get would be something close to its book value.

I pulled data on the 17 largest offshore service companies. These are the heart of the Gulf of Mexico offshore industry … and their average price-to-book-value ratio today is 0.34. That means the industry is selling for $0.34 on the dollar. The average ratio for this group, since 2010, is 1.13.

The chart below shows what I mean: 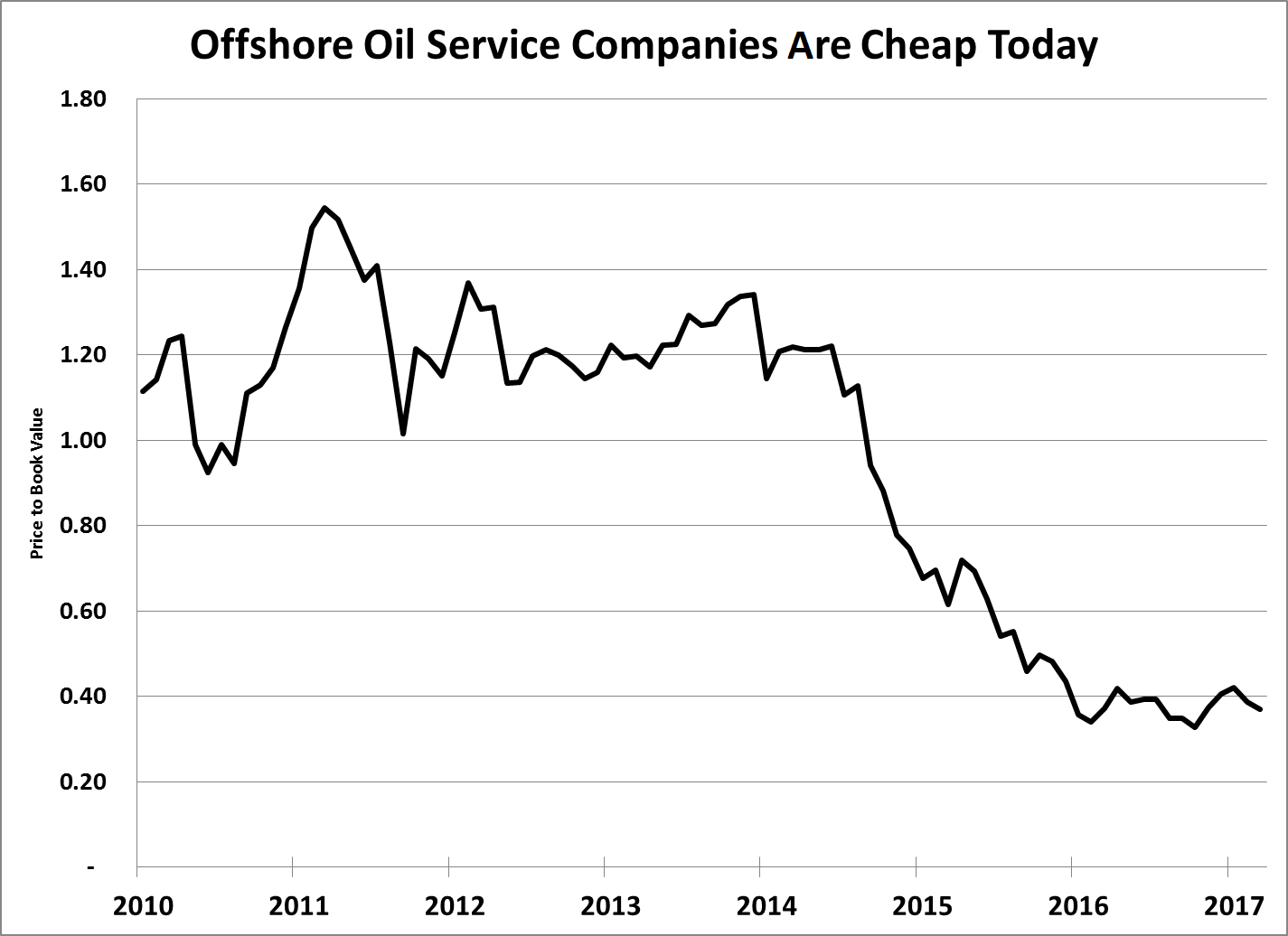 This is an attractive chart. However, the only way to play this trend is to buy shares of these individual companies. If we want to speculate here, we should buy a basket of stocks. Put your money in five or six individual stocks among the ones listed below. That way we spread our risk out and capture the sector’s move higher:

Offshore Oil: Back From the Dead?