This Middle Eastern Stand Off Will Hit Your Wallet Hard

Oil is going to double in price.

I’m not talking about in the next five years. Or even three years.

I’m drawing a line in the sand today and saying that the price of crude oil is on a path right now to break through all-time highs last seen in 2008.

We’re going back to the days of pain at the pumps — when we saw gas prices well above $4 per gallon — and everyone was running to shed their gas guzzlers in favor of hybrids.

The major news media is wrapped up in President Trump’s trade war with China, but there is a massive trade war brewing in another part of the world. It’s going to have a huge impact on your wallet if you don’t take action now and get your insurance locked in…

The Other Trade War Wall Street Is Missing

The U.S. government issued a deadline for oil companies — get out of Iran by November or lose access to U.S. credit markets.

The ultimatum has teeth for even the largest oil companies. They must have access to the capital to produce oil. The companies borrow money and pay it back from oil production. The U.S. capital markets do a lot of that business.

Most companies will leave Iran over that threat rather than risk their livelihood.

The U.S.’ stated goal is to halt all of Iran’s oil exports, essentially crippling the nation. If Washington is successful, it would cut over 1 million barrels per day from the oil market.

That would send oil prices soaring.

You see, there isn’t a million barrels per day of extra production easily available. Producers are already pulling as much oil out of the ground as they can while maintaining their profit margins  at crude oil’s current price around $73 a barrel.

If the global economy continues to grow at its current rate, there won’t be enough oil to meet demand. And when supply can’t keep up with demand, prices rise.

Ramp up the oil price and we could add another million or so barrels of oil production, but it will cost us. The market won’t bring on that oil without incentive … as in much higher oil prices.

I expect to see oil prices average over $80 per barrel this winter if the Iran sanctions go through.

We could easily see it spike over $100 on any additional problems.

And Iran is preparing to be a major problem.

Iran Is Prepared to Hit Back

In response to the U.S. declaration, Iran pulled out its own big gun — it threatened to close the Strait of Hormuz to all shipping. As you can see on the map below, this is a critical choke point for oil exports in the Middle East. 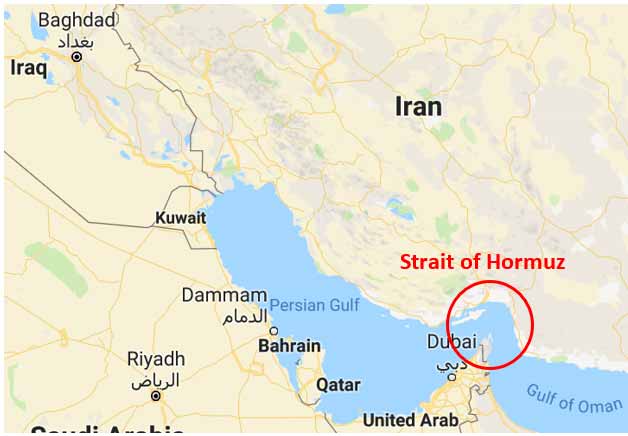 As of 2016, at least 18.5 million barrels per day of oil exports traveled the 33-mile passage. That means Iran can hold the oil market hostage.

If this scenario plays out, we could easily see oil prices eclipse their 2008 highs near $150 per barrel. That would mean oil’s price doubles from its current trading level around $73 per barrel.

While that’s a worst-case scenario, it isn’t out of the question at all.

Your Insurance Against Oil Turmoil

The U.S. doesn’t mind a little brinksmanship. Washington already laid the blame for high oil prices on OPEC’s lack of excess production. It doesn’t seem a stretch to believe that it would let oil prices run higher if it could lay the blame on Iran.

Regardless of who is to blame for the mess, both scenarios point to higher oil prices. We must be prepared, because higher oil prices will affect our daily lives. We need to own oil stocks right now, just as an insurance policy.

The good news is, that’s a simple thing to do.

The easiest way to do it is to buy a basket of companies that will benefit from higher oil prices. The SPDR S&P Oil and Gas Exploration and Production ETF (NYSE: XOP) is perfect. This is a giant $2.8 billion fund that holds oil and gas stocks.

Owning shares of XOP gives us an easy way to benefit from the higher oil prices that are headed our way over the next five months. It’s the right thing to do right now, even if it’s only as an insurance policy. 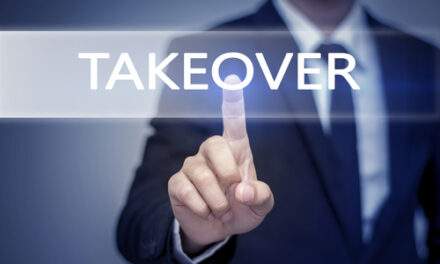