In the run-up to December 2018, we saw the lowest volume of “working” natural gas since 2002. That’s the amount of natural gas ready to be used for power or heating. As you can imagine, with winter closing in, that caused a commotion.

Fear of shortages sent the price ripping in November. It ran up 50% in a couple of weeks, as you can see in the chart below.

Once the worst failed to happen, the natural gas price began a steady march lower. It fell 48% from its high in November 2018 to early February 2019.

The natural gas price soared and then lost nearly half its value over just four months.

Now the natural gas price is hovering just over its lowest price since 2016. If it behaves the way it did last year, we are setting up for a big gain.

The fact is, natural gas is just too cheap right now. This is one of the most important fuels in the U.S. today … because it’s the backstop for all the alternative energy in the U.S.

Every wind turbine and every solar panel must have a reliable backup.

Natural Gas Is Useful, Clean and Far Too Cheap Today

That’s because neither wind nor solar can produce power 24 hours a day, seven days a week. And there are no commercially viable batteries large enough to store enough power to get through the night.

Instead, there are natural gas turbines.

These are big, jet engine-looking power plants that can turn on and off quickly. The modern ones generate power from two stages:

So, all the growth in “green energy” is also growth in natural-gas power.

As of 2013, nearly 50% of homes had natural gas heating. This is an incredibly useful and clean fuel … and it’s far too cheap today.

That’s exactly what we like to see in a commodity price.

We always want to take a contrarian view on investing in natural resources. We love to see prices fall too far. After the hype about not enough gas for December … investors fled the sector. It’s now way too cheap.

That’s why it’s time for us to turn a tidy profit.

2 Ways to Play the Double-Digit Rise in Natural Gas

But there are a few other ways to play the coming rise in natural gas.

You could buy the United States Natural Gas (NYSE: UNG) fund. This fund uses options to track the price of natural gas. However, sometimes that causes problems.

The fund buys the one-month futures contract and sells the spot — that is, the current price for natural gas. That works fine when natural gas’ future price is lower than the spot.

But that hasn’t been the case in the past. So, UNG often loses money just trying to track the price of natural gas.

The ETF tracks a basket of natural-gas-producing stocks. And right now, FCG is beaten down along with the natural gas price.

That’s a great way to play the coming double-digit rise in natural gas prices over the next few months. 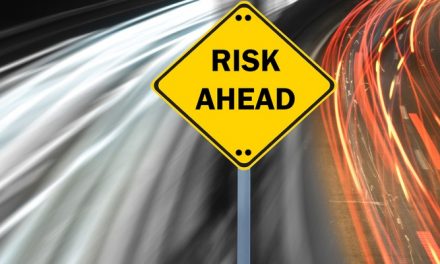