Payment Processors Are Hot … and This One’s on Sale

Editor’s Note: We’re excited to announce that Brian Christopher has joined Banyan Hill as our value expert. Brian has extensive experience working as a bankruptcy turnaround consultant and has a strong background in accounting, business and finance. To read his interview with Jeff L. Yastine, click here.

Consumers made only 1% of all payments using coins or bills in Sweden in 2016.

If you think that can’t happen in your country, think again. Whether we like it or not, cash is going away.

The rise of bitcoin is one sign the traditional payment system is waning.

We are in unprecedented times. And it doesn’t end there.

Payment companies such as Visa, PayPal, Square and American Express are some of those focused on killing cash.

Global consulting firm Capgemini expects the volume of noncash transactions in developing markets will increase nearly 20% per year from 2015 to 2020. Mature markets should grow almost 6% per year.

The U.S. government just thwarted a Chinese company’s attempt to acquire a U.S. firm that is active in this space.

This has created an excellent opportunity for investors…

Why We Want to Own MoneyGram Stock Today

Today, we have the opportunity to buy $18 worth of assets for $12. That’s an incredible bargain for a great company!

MoneyGram agreed to merge with Ant Financial, an affiliate of Chinese internet giant Alibaba, a year ago. When another bidder emerged, Ant Financial raised its offer to $18 per share a few months later.

You can see the shares rallied on the news. They hit a three-year high.

Luckily for us, the government wouldn’t let the deal go through.

The market anticipated this. Midyear, MoneyGram shares began trending lower on doubts the U.S. would allow the deal to close.

On January 2, MoneyGram announced the two companies had scrapped the deal.

Predictably, when the companies officially canceled the deal, shares swooned another 12% over the next two days.

This is our opportunity.

They are not merging, but MoneyGram and Ant Financial will still work together. They are developing programs to combine their services around the world … with a focus on China, India and the Philippines.

This is important for MoneyGram. In 2016, money transfers originating outside the U.S. accounted for nearly half of the company’s revenue … and it wants to continue to grow that.

Further, MoneyGram is embracing the latest technology. Last Thursday, it announced it is teaming up with blockchain firm Ripple. MoneyGram will use Ripple’s currency to move funds faster and more cheaply.

It is using the technology of the future to improve its operations today.

And if that wasn’t enough, MoneyGram has another suitor waiting in the wings. Before Ant Financial raised its offer to $18 per share, MoneyGram’s peer, Euronet Worldwide, had offered $15.20 per share to buy the company.

I would not be surprised to see Euronet make another run for MoneyGram.

This deal is more likely to go through than the one with Ant Financial. The U.S. group that reviews foreign takeovers wouldn’t even have to opine on it … both companies are domestic.

As you can see, we have at least three ways to win by buying MoneyGram. The company still has room to grow with Ant Financial, it’s tapped into the cryptocurrency market and it has already caught the eye of another suitor.

Wall Street investors overreacted when the first acquisition fell through, making the shares a bargain you can’t pass up.

I encourage you to check out MoneyGram today. The shares have already begun to move higher. They are up 4% from their January 4 low.

The recent weakness looks bad, but it’s due to the doubts/failure to close the Ant Financial. If a company, such as Euronet, makes a run for MoneyGram, I estimate shares will rally to at least $15 in short order.

And a return to $18 is possible given MoneyGram’s new initiatives. That’s a gain of more than 40% from current levels.

Editor’s Note: Monarques Gold soared 1,033% in less than seven months. Underworld Resources catapulted 1,453% in less than 12 months. And Millrock Resources rose a staggering 2,400% in just two years. These are just a few examples of explosive gains out of dozens that have taken place recently in the natural resources sector. And historical analysis shows us that there are more opportunities for 1,000% gains to take shape right now than we’ve seen in years! To learn how Matt Badiali’s new research service finds the perfect time to take advantage of these life-changing opportunities, click here now. 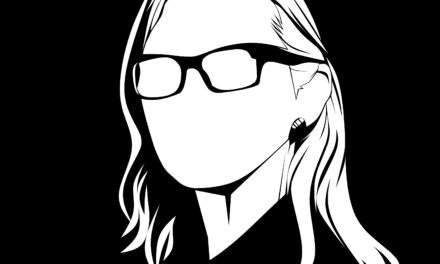 This Chart Shows How Bullish Tax Reform Is