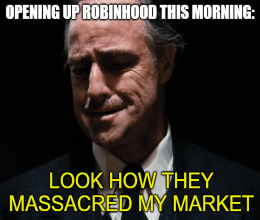 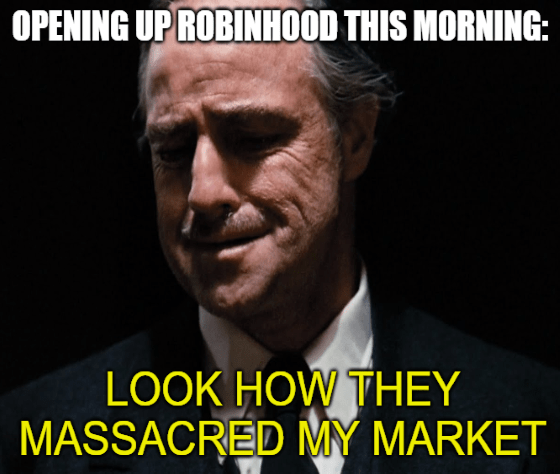 The market needs coolin’ and honestly … today, we’re just foolin’ around, finding the fun stuff amid the market massacre.

If you’ve kept up with Great Stuff recently, I don’t need to send you back to school to know that today’s sell-off is nothing more than the same jitters we’ve seen all week. Oh, and last week, too. If no one’s told you this yet today, relax … take a deep breath. You will be OK.

Case in point: The market shook off literally all of its inflation/debt/whatever worries and recovered by midday. Every major index … back to green. Besides, I know longtime Great Ones barely even blinked at this morning’s sea of red.

Pssh … not even a 1% drop? Call me when we hit the circuit breakers…

There’s still a whole lotta other greatness out there in the market … if you squint really hard. So today, we’re letting the lead out — er, the red out of the market, to see what non-apocalyptic news is brewing. 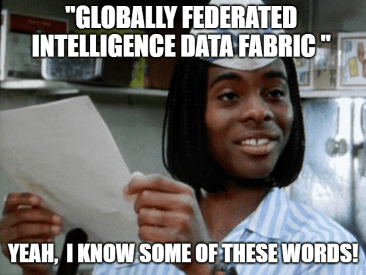 Department of Defense darling Palantir Technologies (NYSE: PLTR) won an $823 million contract from the Army today. I say “won,” but c’mon, this is Palantir — the company is the who’s who of national security and defense software. Who else would the Army reach out to?

In its push to modernize its intelligence tech, the Army plans to use Palantir’s “Gotham,” which is an operating system for defense decision-making. In other words, the platform sorts military data to gain better insights — handy! In other other words, Palantir provides “a globally federated intelligence data fabric and analytics platform spanning multiple security classifications.”

PLTR surged 14% yesterday and added another 1% today as investors digested what the heck “intelligence data fabric” is. (I bet it’s dry clean only fabric, too.) 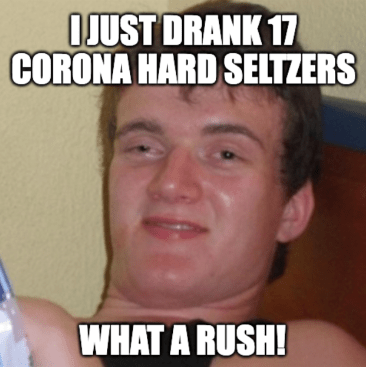 I don’t know about your neck of the woods, but ‘round here in Kentucky, ain’t nobody got time for this alcoholic water nonsense. And judging from Constellation Brands’ (NYSE: STZ) latest earnings miss, I’m not the only one who prefers their booze brown and burning the minute it hits my throat…

However, the beer and winemaker did raise forward guidance by $0.15 per share heading into fiscal 2022, saying it remains optimistic about the “strong performance of our core Beer Business.”

I don’t know about you, but it sounds to me like Constellation is finally getting to the hard, bubbly truth of the matter: Beer is just better for business than that watered-down swill it calls hard seltzer.

Luckily for Constellation, this latest disappointment left Wall Street with barely a hangover: Investors once again opted for optimism and sent STZ stock just half a percent lower on the news. I guess some earnings misses are easier to swallow than others … just ask Constellation’s cannabis comrade, Canopy Growth (Nasdaq: CGC).

From My Depot To Yours 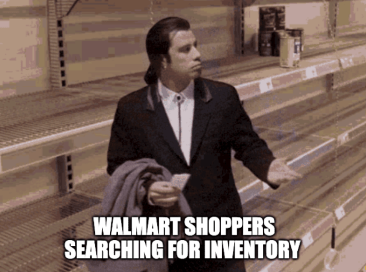 If you thought Constellation’s Canopy bonfire was a match-up made in not-quite-Heaven, try this on for size. Home Depot (NYSE: HD) is using Walmart’s (NYSE: WMT) flocks of gig economy delivery drivers to, well, deliver stuff.

It’s actually … not too surprising of a partnership. Walmart has made inroads on the home delivery game recently, with its own knockoff Instacart called GoLocal. Walmart telling me to go local? Uh-huh, that’s cute, Mr. Walton Worldwide…

Overall, the hook-up is a win-win: Home Depot is killing it with online sales (up 86% in fiscal 2020), but could use Walmart’s further reach to truly capitalize on its multi-channel shoppers via delivery. Then you have Walmart trying to be an Amazon of any other name … and when would Wally World turn down the chance for some extra revenue streams?

Plus, I don’t know if any of you have been in a Walmart lately — or ever; keep on drivin’ by with your smiles of rarefied dignity, Target shoppers — but those are some bare shelves if I’ve ever seen ‘em. At least Walmart can start delivering stuff from stores that actually have inventory…

While the Walmarts and Home Depots of the world grapple with their supply chains on the high seas, elsewhere, cruise-goers simply cannot wait to gallivant across the waves once again.

Great Ones are still split down the middle on post-pandemic travel plans, given by our recent poll. But Norwegian Cruise Lines (NYSE: NCLH) has been ready to steam off into the sunset since, like, the third day of lockdowns last year.

Today, Norwegian CEO Frank Del Rio announced that he hopes to have all of its 28-ship fleet in service by April 1, 2022. Rio also announced he’s ready to dance on the sand … just like that river twisting through a dusty land. (Duran Duran, anyone? No?)

There’s no April foolin’ here: Onboard spending is at an all-time high on the eight ships Norwegian currently has on the water, and you bet the company is dead-set on getting every single other sea-faring cash-printer up and running ASAP. Of course, the overwhelming optimism didn’t stop NCLH from slipping about 2% in the sell-off. Womp.

Only 2% of cars sold in the U.S. today are electric vehicles (EVs)…

But that’s about to change — FAST. One startup’s new technology is poised to disrupt the $2 trillion car industry.

In fact, a Wall Street legend predicts it will cause a 1,500% surge in EV sales over the next four years. Click here to find out more.

All right, Great Ones. It’s Wednesday, which means that the mid-week slump is starting to hit. Your palms are sweaty, knees weak, arms are heavy … but on the surface, you look calm and ready … to answer this week’s poll!

I know, I know. I’m not exactly spitting fire over here. But what I lack in imitating Eminem, I more than make up for in quality, noninvasive questioning. So let’s skip right to the good Stuff, shall we?

This time last week, we asked if you wanted to buy Amazon.com’s (Nasdaq: AMZN) new Astro robot. You know … the thousand-dollar free-range Alexa that likes to hurl itself down flights of stairs when you’re not looking? That Astro.

Apparently, 1.4% of you welcome your bite-sized Amazon overlords. But we’ll see if you’re still singing the same tune when Amazon rolls out a humanoid version…

Another 4.3% of you Great Ones have zero problems welcoming a mobile surveillance droid into your homes, while 23.3% of you seem more concerned about Astro’s astronomical price tag than the privacy issues it poses.

While you welcome the robot onslaught, you’re rolling up your sleeves to make your own faux friend out of the junk you’ve got lying around the house. You lot must’ve really been into arts and crafts as children…

Luckily, the remaining 71.1% of you are the majority voice of reason this week: There’s no way you’re letting Astro into your homes. At least, not until Amazon is able to address some of those larger privacy concerns… Kudos!

Speaking of privacy and Big Tech companies, I’d love to get your thoughts on the latest Facebook debacle.

As you probably know — or should know, if you’ve kept up with Great Stuff — Facebook’s facing all kinds of heat over personal security concerns and its “toxic” mishandling of misinformation across its various apps.

Personally, I don’t think this fresh round of scrutiny will amount to much, at least not for FB stock. But there’s also a personal element at stake here, specifically user trust (or lack thereof). And that’s where you come in, Great Ones!

Have you lost any trust in Facebook in recent weeks? Or are you Tokyo drifting your way past all those personal privacy concerns?

And if you’ve got more ranting and raving than a mere poll can satisfy, don’t bottle up those feelings! Share your thoughts in the ol’ Great Stuff inbox.

It’s cheaper than a therapy session. Plus, all that hootin’ and hollerin’ might land you a coveted spot in this week’s Reader Feedback. So, go on, share a little! 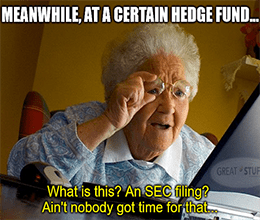 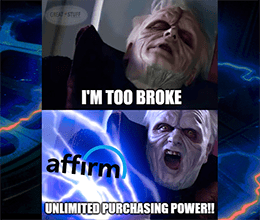